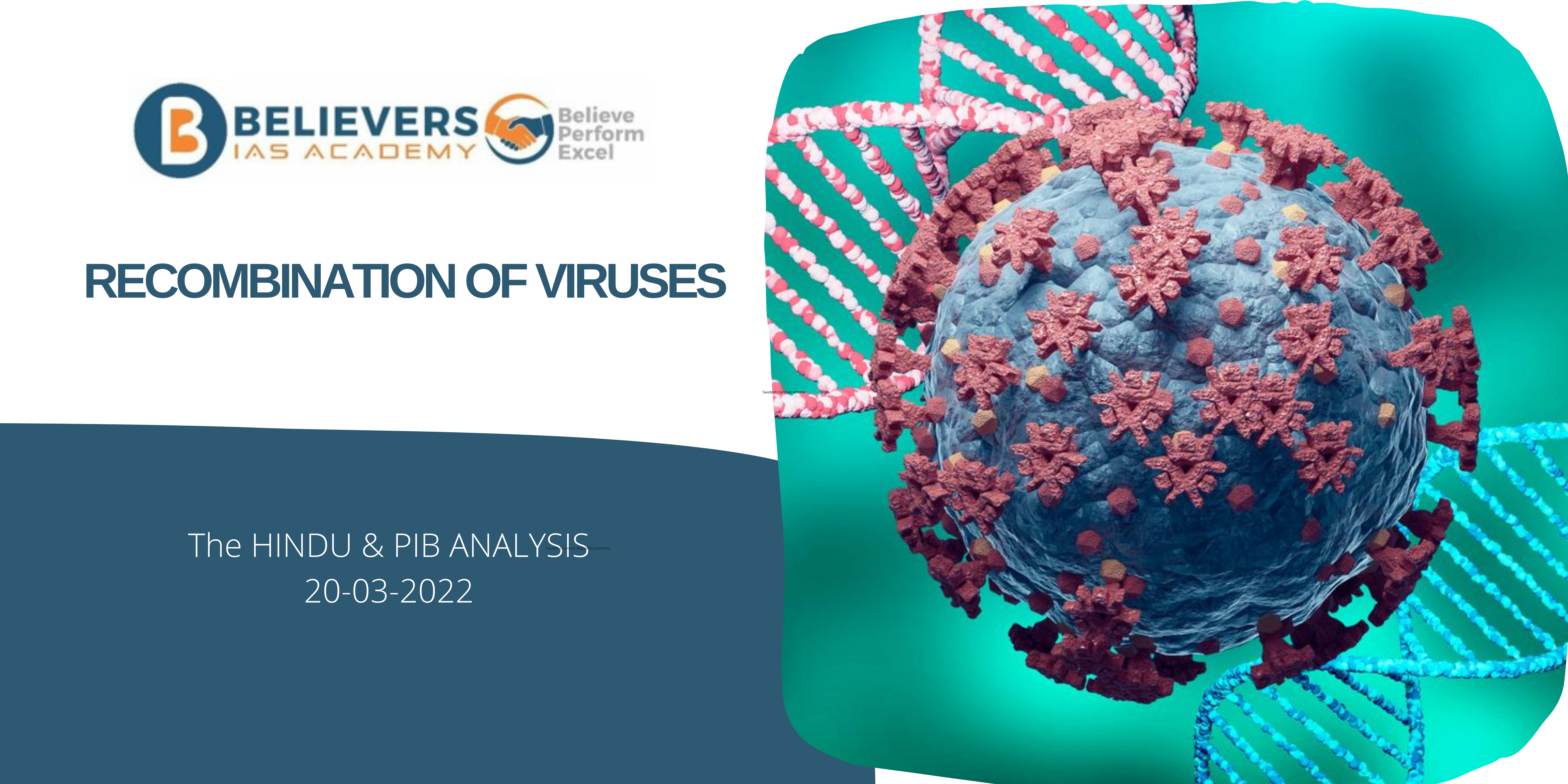 • The world has seen the instances of recombination of viruses in the recent past, this was seen in the case of SARS CoV 2.
• Similarly, even mutations are a natural phenomenon in the viruses when it replicates.

• RNA viruses have a higher rate of mutations compared with DNA viruses.
• The fate of new mutations is determined by whether they improve the virus’s fitness, such as enhancing its infectiousness, and, in light of the large number of persons who have been infected and/or vaccinated, the capacity of the mutations to allow the virus to escape protection.
• Such modifications that improve the virus’s fitness proliferate and eventually become the dominant strain or variety.
• Alterations to the virus caused by natural mutations, on the other hand, entail tiny changes in the genome.
• When a person is infected with two separate SARS-CoV-2 variations, strains, or sub-lineages at the same time, chunks of genetic material from one variant can mix with the genetic material from the other.
• This is referred to as recombination.
• The Delta was the next variety to appear after Alpha. Before Delta wiped out the Alpha form, there was a brief period when both Delta and Alpha were present in several nations.