Right to Development amidst Environmental Challenges 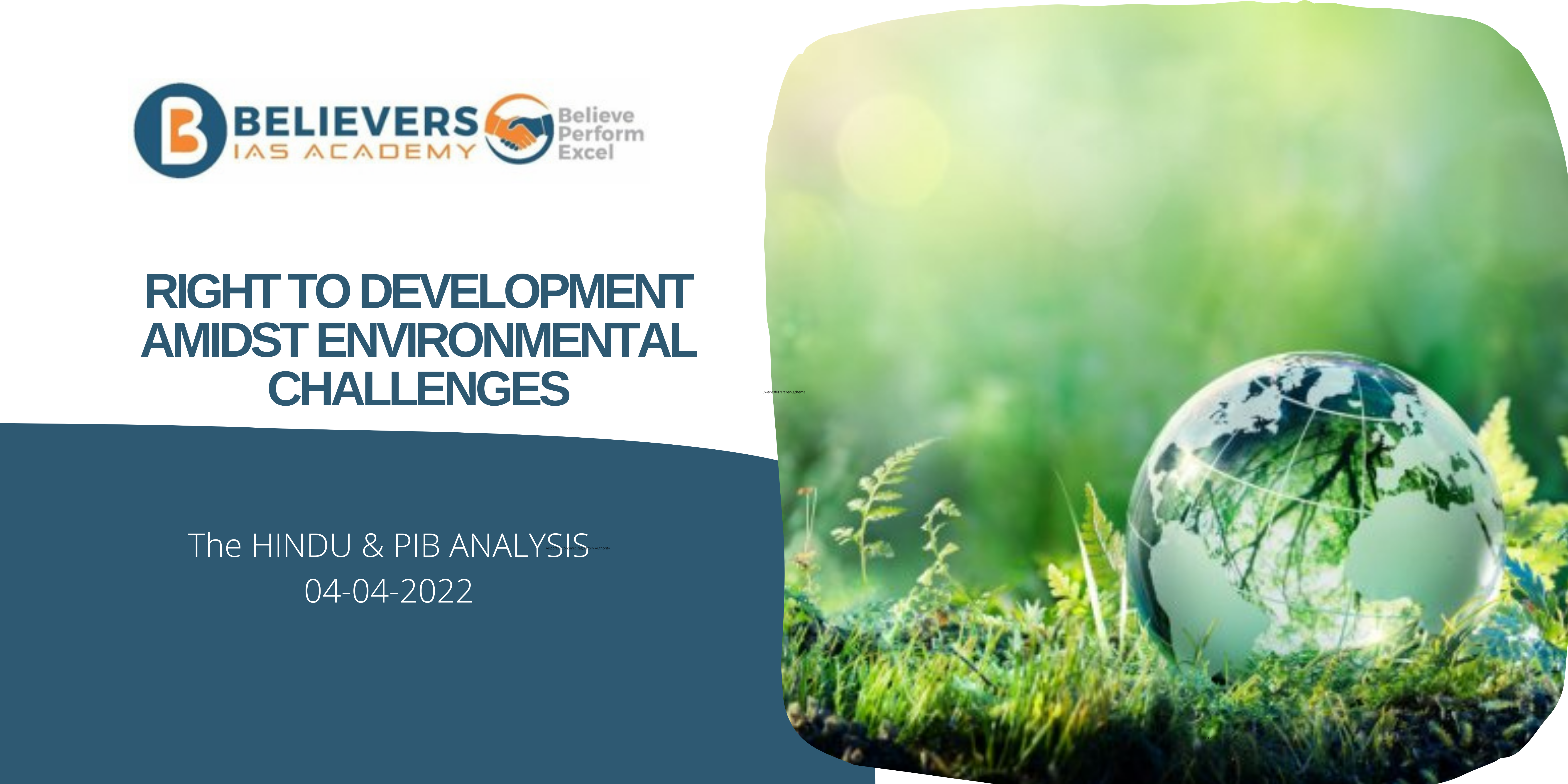 Right to Development amidst Environmental Challenges

• Scientists and governments were negotiating over a critical United Nations climate report, with officials from major emerging economies insisting that it should recognise their right to development.

• The latest assessment from the Intergovernmental Panel on Climate Change (IPCC), a UN-backed scientific group, is intended to explain how the globe can stay within the temperature limitations set in the 2015 Paris Agreement.
• The accord aims to limit global warming this century to 1.5 degrees Celsius.
• With temperatures already greater than 1.1 degrees Celsius above pre-industrial levels, many experts believe that dramatic reductions in greenhouse gas emissions are required.

Stand of the Developing World:

• India has emerged as a leading voice in the report, arguing that poor countries are responsible for a much less share of the carbon dioxide emissions already in the atmosphere than developed countries.
• As a result, India should not be forced to make the same drastic reductions.
• India, which relies heavily on coal, also wants impoverished countries to receive much more financial assistance in dealing with climate change and transitioning to a low-carbon economy.
• Others, like as Saudi Arabia’s oil exporter, maintain that fossil fuels will be needed for decades to come and that phasing them out too rapidly will harm the world’s poorest people.

• Post Covid world which is reeling from an economic recovery has put pressure on the policy makers in bouncing back economically which will significantly strain the natural and social resources.
• Governments promoting sustainable development must figure out how to balance the risks and benefits of growth while also decoupling economic expansion from environmental concerns.
• Given the global nature of many of the most important development challenges, such as climate change, countries must form strong coalitions to handle issues of common concern, as well as adapt their institutions and decision-making processes to the ever-increasing globalisation.