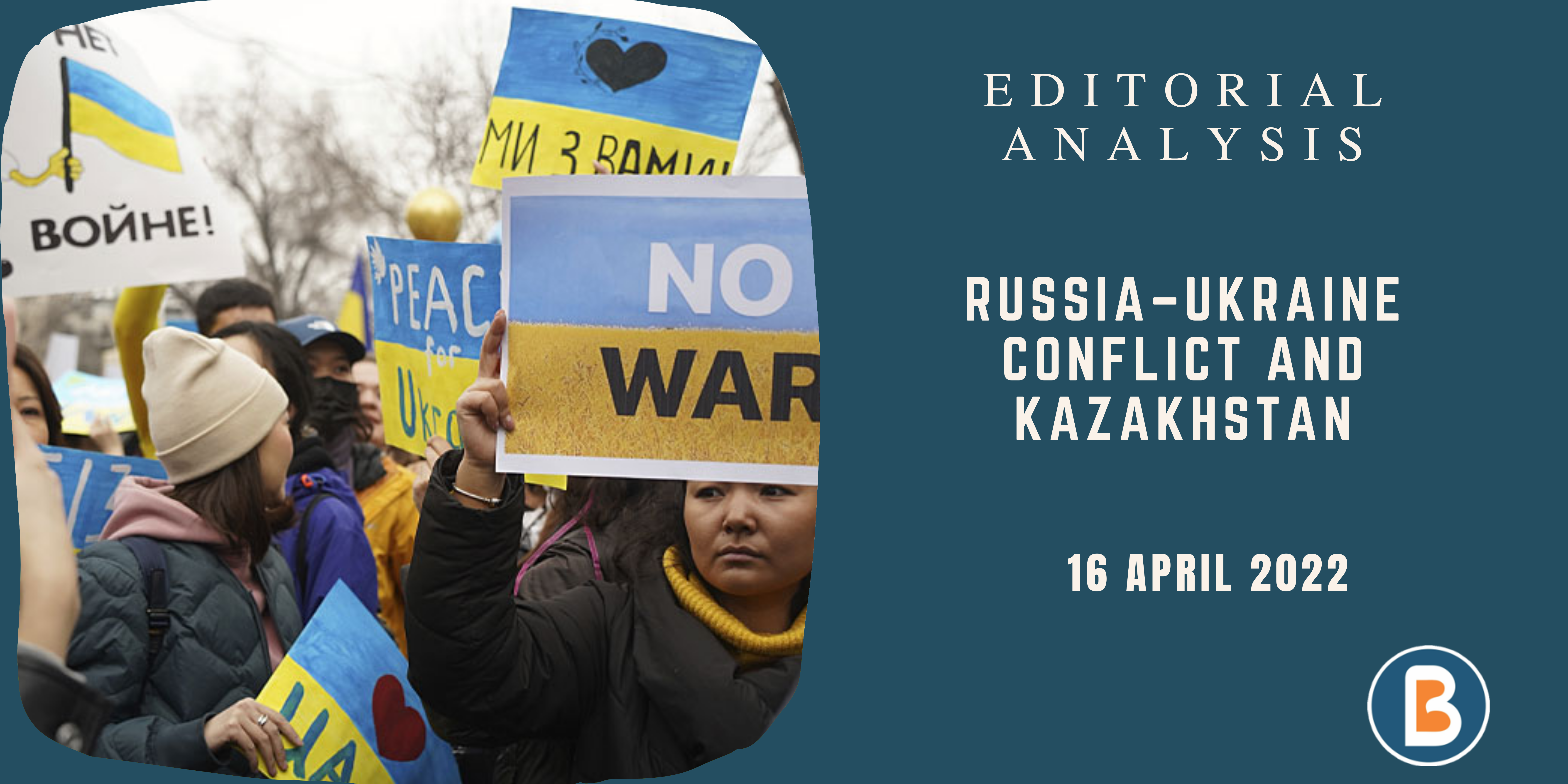 • Amidst the crisis in Ukraine, there are apprehensions in borders of Russia-Kazakhstan where the ethnic Russians are in majority.
• Kazakhstan shares a land boundary with Russia, stretching almost 7,644 kilometres, and has a sizeable Russian population on its territory.

Situation in the region:

• While Kazakh nationalism manifests itself from time to time in various forms, the paradox is that Kazakhstan’s leadership may be dependent on Russia for its survival in extreme situations.
• In January 2022, there were violent demonstrations in Kazakhstan in response to the government’s decision to lift the price cap on liquified petroleum gas from 1 January 2022.
• The protests started in the oil-producing city of Zhanaozen and spread to other cities, including the largest city, Almaty, and acquired a political dimension. Responding to Kazakh President Kassym-Jomart Tokayev’s request, the Russia-dominated Collective Security Treaty Organisation (CSTO) deployed troops to support the Kazakh Government.
• The protests were believed to have led to over 200 deaths.

• Apart from Russia, China, with its extensive capabilities, has a significant presence and interests in Central Asia and Kazakhstan, thus its response to the issue is of relevance.
• Due to Uyghurs and other cross-border ethnic ties, China has considerable commercial interests in the country as well as security concerns.
• While China is a major stakeholder in Kazakhstan, it originally kept a quiet profile throughout the crisis in January 2022.

• Kazakhstan’s immediate aim is to protect its economic and commercial interests by ensuring that the West’s sanctions against Russia do not have a negative impact on its exports.
• Alternative transit alternatives, such as China and Iran, have their own set of constraints.
• The confrontation between Russia and Ukraine has put Kazakhstan’s foreign policy to the test, with no easy solutions in sight. Although there are parallels between Ukraine and Kazakhstan, they should not be overstated.
• The threat of NATO on Russia’s doorstep was a significant irritant in its relations with Ukraine.
• This may not be the case in Kazakhstan, however even without NATO, Russia would likely keep a close eye on American activity in Central Asia.