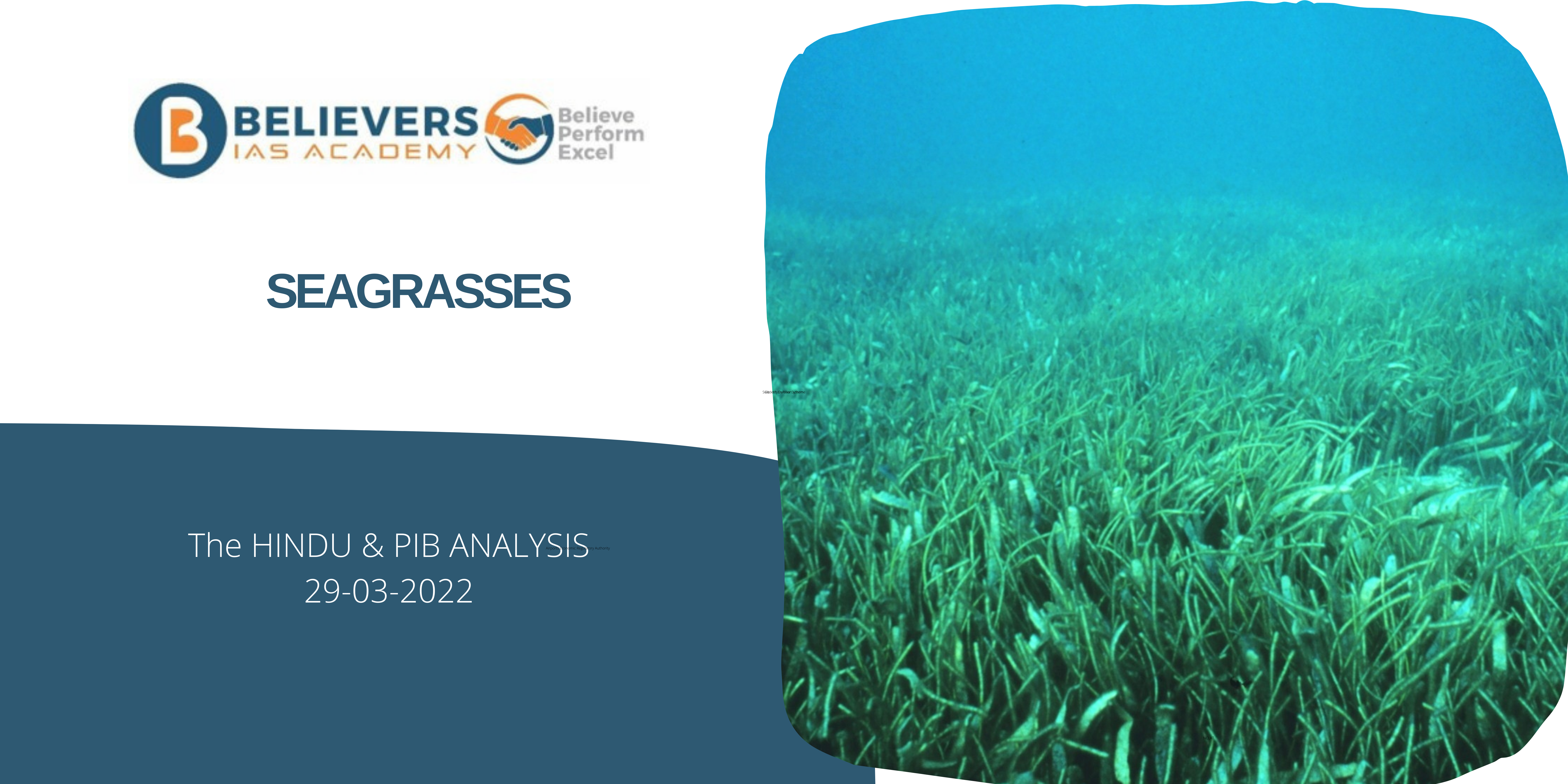 • Seagrasses are flowering plants that grow on the seabed and on the ocean floor.
• The Gulf of Mannar and Palk Bay regions on the east coast, the Gulf of Kachchh region on the west coast, the lagoons of islands in Lakshadweep in the Arabian Sea, and the Andaman and Nicobar Islands in the Bay of Bengal all have significant seagrass beds.
• Seagrass ecosystems are well-known for their ability to trap carbon, support fish species, and provide habitat for marine mammals like sea cows and dugongs.
• The Ministry of Environment, Forest and Climate Change, as well as state and local governments, have funded research on seagrasses for more than two decades. Academic and scientific institutes have been involved in seagrass study for quite some time.
• Furthermore, the government has launched a project to strengthen climate resilience of India’s coastal communities across the states of Andhra Pradesh, Maharashtra, and Odisha for a total cost of US $130.269 million, which includes a grant of US$ 43.419 million from the Global Climate Fund (GCF) covering 24 ecosystems in these selected States, with the goal of strengthening climate resilience of coastal communities by protecting and restoring India’s natural ecosystems such as mangroves.