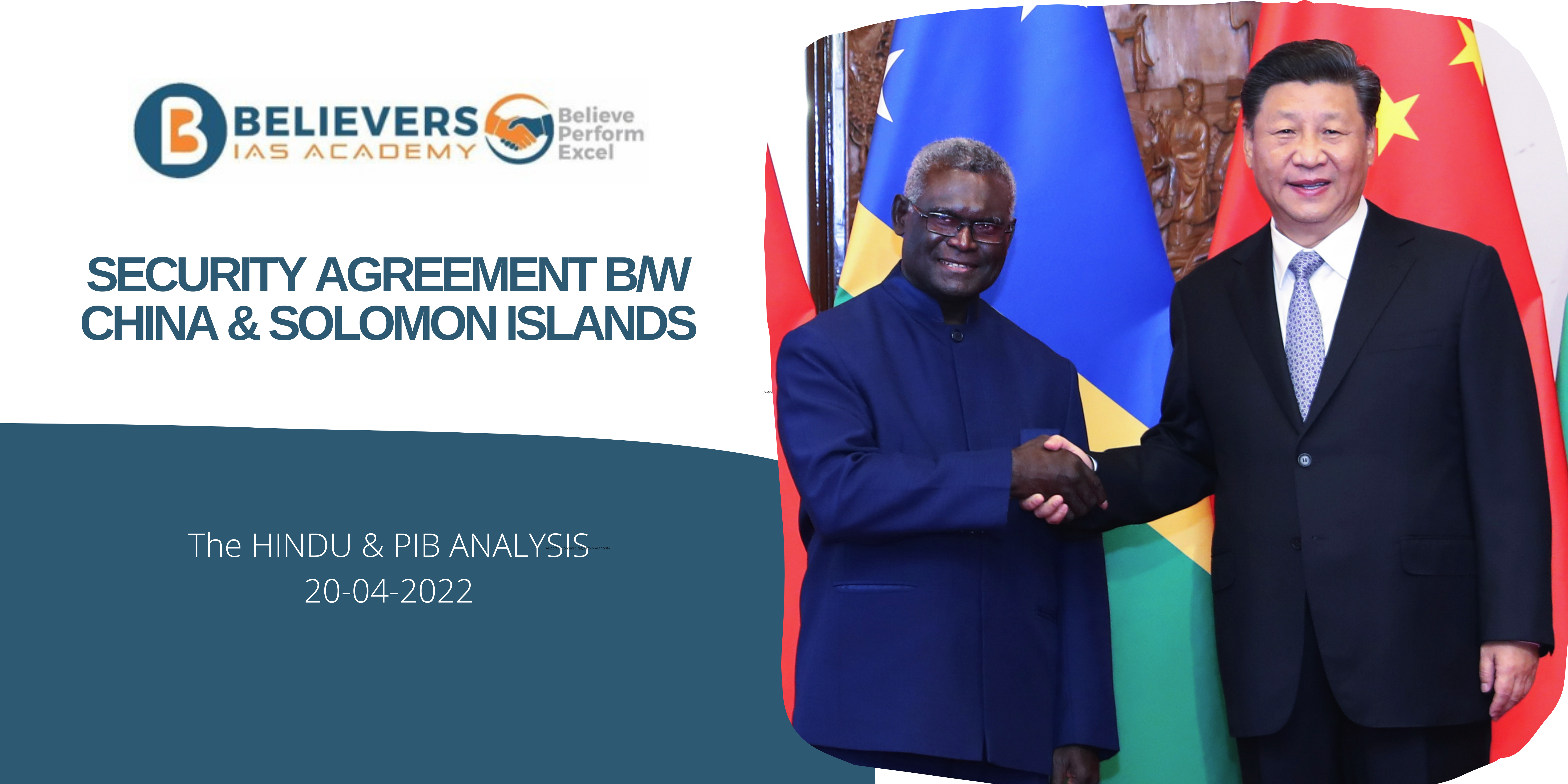 • China has signed a security pact with the Solomon Islands, a first-of-its-kind arrangement that could pave the way for further Chinese security deals overseas.

• According to the agreement, the two countries will cooperate in areas such as social order maintenance, protection of people’s lives and property, humanitarian assistance, and natural disaster response, in an effort to assist Solomon Islands in strengthening capacity building in safeguarding its own security.
Apprehensions from around the world:
• The Solomon Islands stated there was no agreement for a Chinese military base, despite concerns from Australia, New Zealand, and the United States.
• However, following China’s use of its first overseas military base in Djibouti near the Horn of Africa in 2017, which broke a long-standing policy of not opening foreign bases, Chinese military experts have spoken of the need for additional facilities to project power and service China’s rapidly expanding navy.
• The new agreement leaves several questions unanswered, including how China intends to assist the Solomon Islands in “maintaining social order” and whether Chinese security personnel will be deployed.