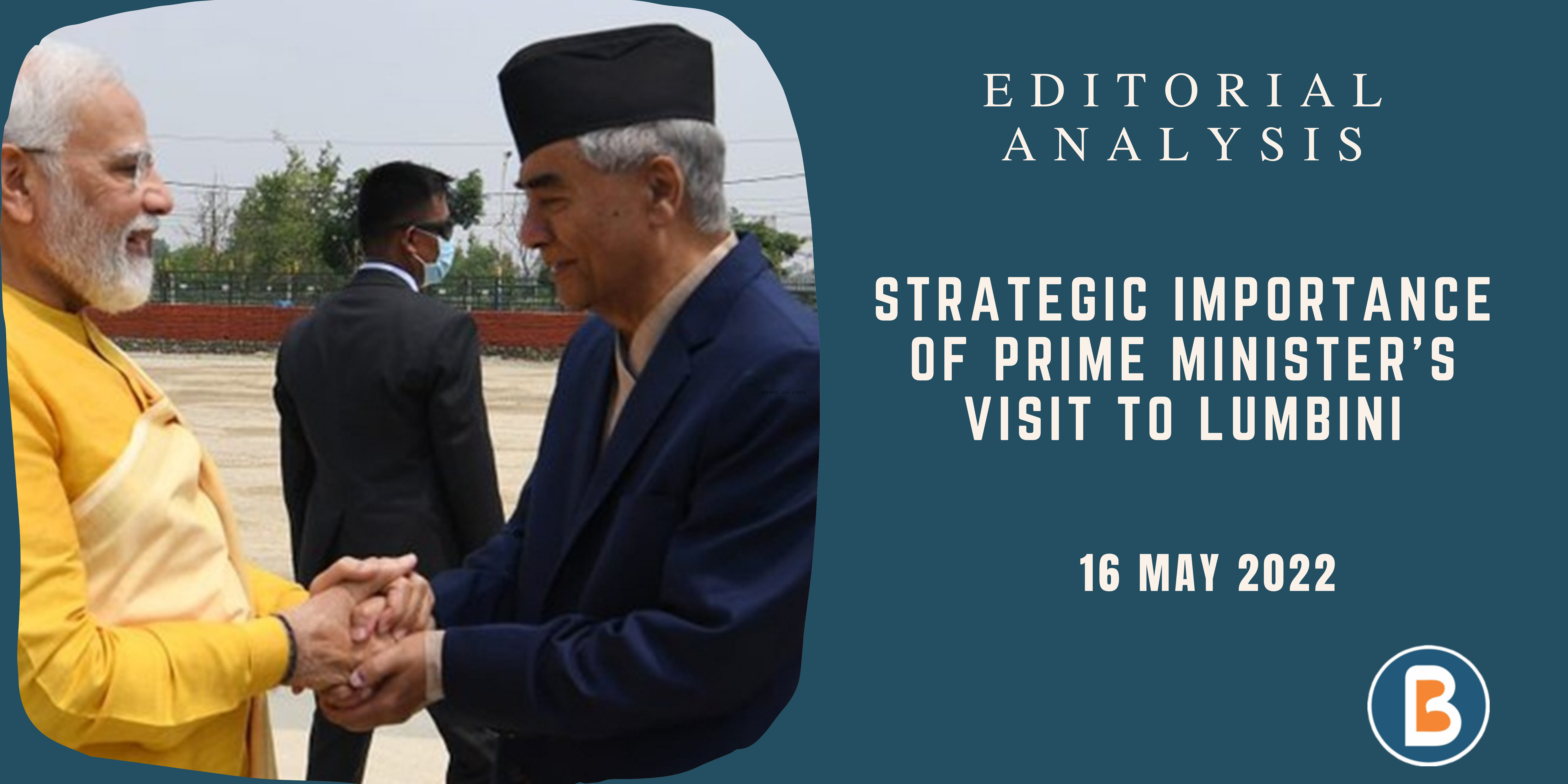 Prime Minister’s visit to Lumbini in Nepal is seen as a strategic and politically important visit amidst growing Chinese influence.