The war against illegal goods 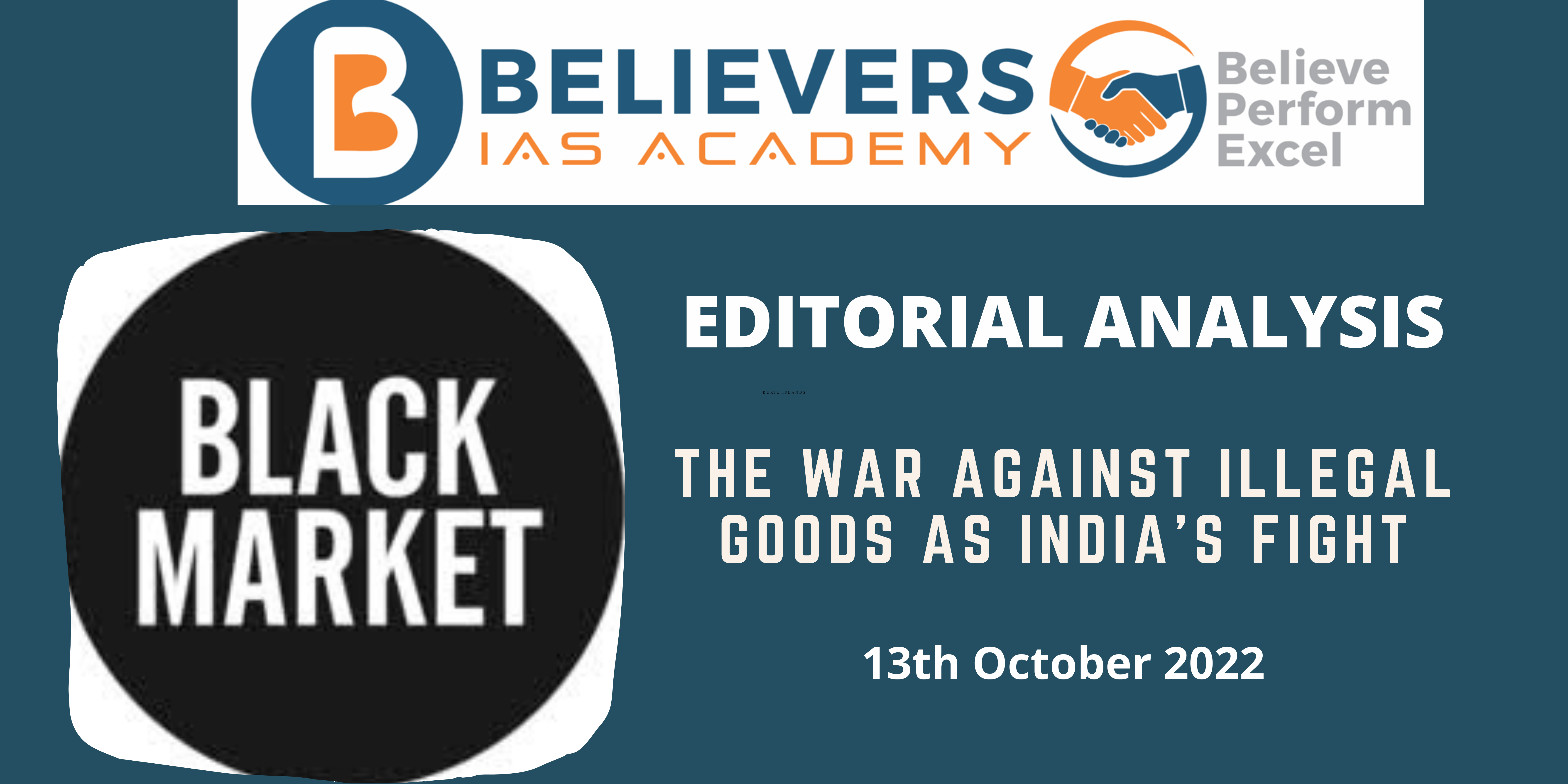 The war against illegal goods as India’s fight

Why there is a rise in Black market?

The concern about China:

The threat of Black Market:

Which areas are vulnerable to black market:

According to the Federation of Indian Chambers of Commerce and Industry (FICCI)’s Committee Against Smuggling and Counterfeiting Activities Destroying the Economy (CASCADE), Black market is thriving in five key Indian industries which are: