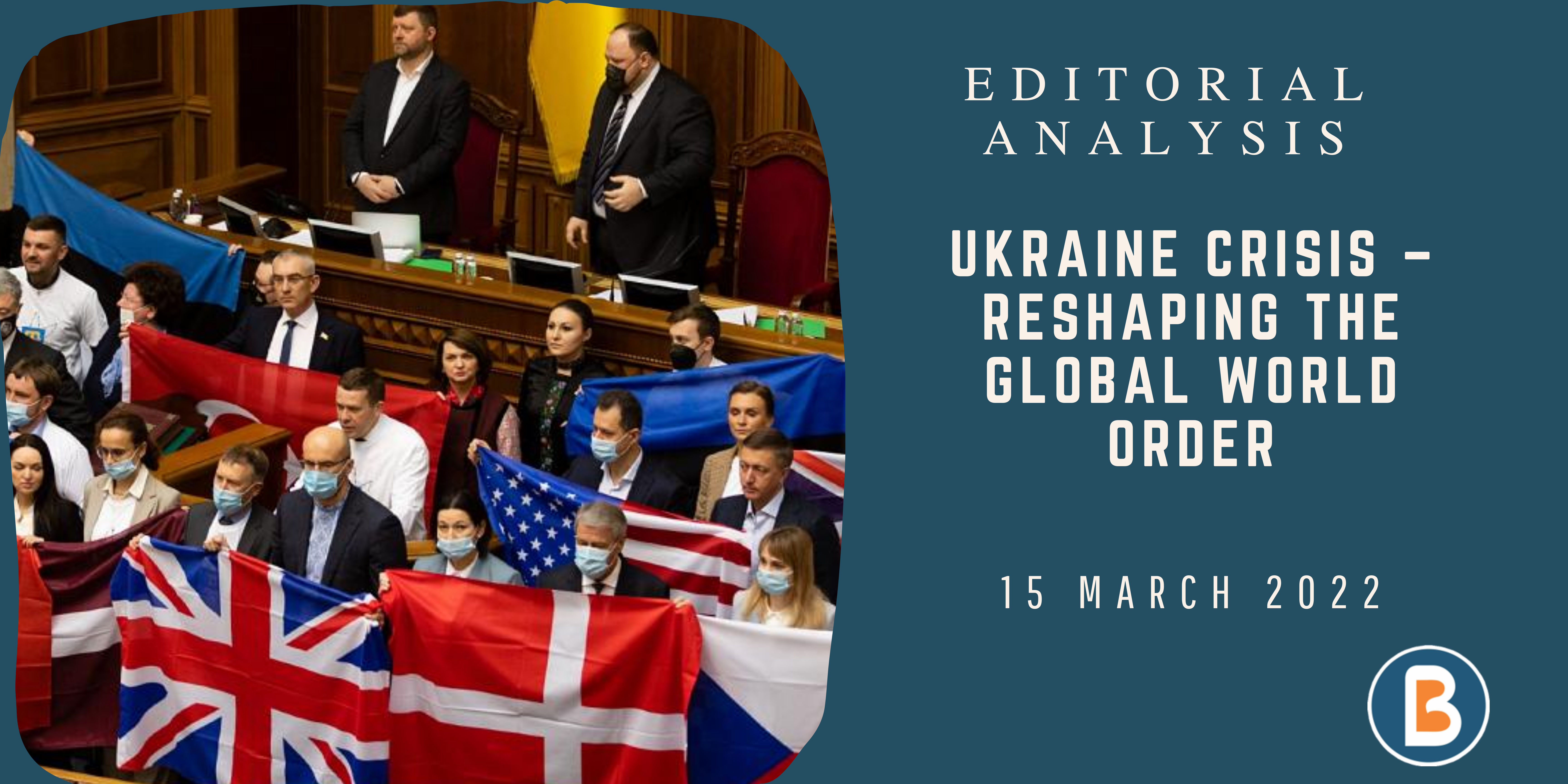 • In the midst of the ongoing crisis between Russia and Ukraine, the focus is on the impact of sanctions by the west on the world and other economic costs the world has to pay.
• But the crisis is having a serious impact on the the global world order, which is fragmenting in every respect of global interconnectedness, international cooperation, economic order, etc.

• The question about the breakdown of the world order arises in the fact that United Nations and the Security Council have remained completely ineffective.
• Even earlier such invasions have taken place such as the US war in Iraq, Saudi-coalition’s attack on Yemen in 2015.
• But what is happening in Ukraine is considered to be much bigger than the previous attacks which have occurred all around the globe.
• Direct missile attacks and bombings on the Ukrainian cities have been causing huge causalities of both military and civilian nature.

• The world has seen one of the devastating nuclear disasters earlier in Ukraine in the form of Chernobyl incident.
• So recent attacks on the Zaphorizhzhia nuclear power plants by the Russian armed personnel has once again raised the question of safety of nuclear plants.
• The world must also think of the credibility towards the nuclear non – proliferation because Ukraine is one of those countries which has willingly given up its nuclear programme along with Libya.
• But countries such has North Korea and Iran have been challenging the world by holding on to their nuclear deterrents.

Disregard to the International Covenants:

• This is with respect to the use of non-state actors in the Ukraine crisis. For years, pro-Russia armed militia operated in the Donbas regions, challenging the writ of the government in Kyiv.
• The role of foreign fighters has taken on a more sinister meaning after 2001 and al Qaeda, when western recruits joined the Islamic State to fight Syrian President Assad’s forces.

• From the eviction of Russia from SWIFT payments, to the cancellation of Mastercard, Visa, American Express and Paypal, to the sanctioning of specific Russian businesses and oligarchs and pressure on Western businesses (McDonalds, Coca-Cola, Pepsi, etc.) operating in Russia to shut down, the arbitrary and unilateral nature of western sanctions rub against the international financial order set up under the World Trade Organization (that replaced the General Agreement on Tariffs and Trade, or GATT).

• The crisis has once again brought in deglobalisation era and brought down another iron curtain.
• India’s abstentionist responses and its strategy of non-involvement and not criticizing the aggressor might have long term impacts on its relationship with the world.