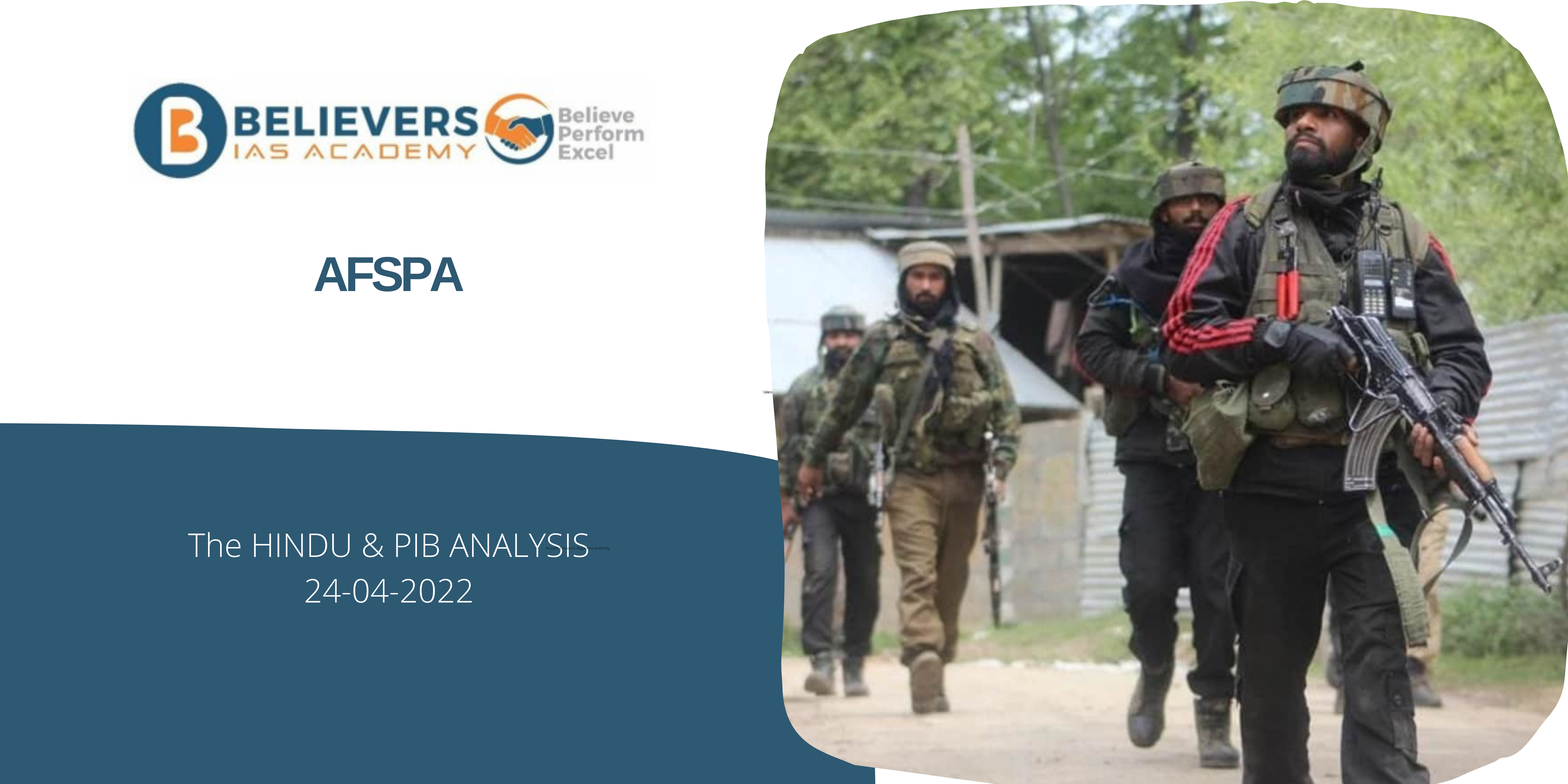 • Defence Minister Rajnath Singh recently sought to dispel the misconception that the Army was against the removal of the controversial Armed Forces (Special Powers) Act of 1958.

• To put down the Quit India movement, the British colonial administration issued the Armed Forces Special Powers Ordinance on August 15, 1942.
• Following the Assam Disturbed Territories Act of 1955, the Armed Forces (Assam and Manipur) Special Powers Act of 1958 was enacted to deal with the rebellion in the Naga Hills and surrounding areas.
• For broader application, the Act was replaced by the AFSPA. In 1990, a similar Act was passed in Jammu & Kashmir.

• The Armed Forces Special Authority Act (AFSPA) grants the military broad powers.
• It grants them the authority to make arrests without warrants based on “reasonable suspicion” and to examine people’s homes without a warrant.
• It can be imposed on the state or sections of it by the Centre or the Governor of a state when these regions are declared “disturbed” under Section 3. • Recently, the provisions of AFSPA was relaxed in states such as Assam, Manipur & Nagaland.
• The defence minister expressed concerns that the people have a opinion that Armed forces are against the removal of AFSPA but that is far from true.

• The Act applies to the three armed forces and also to the paramilitary forces.
• They include the Central Reserve Police Force and the Border Security Force.