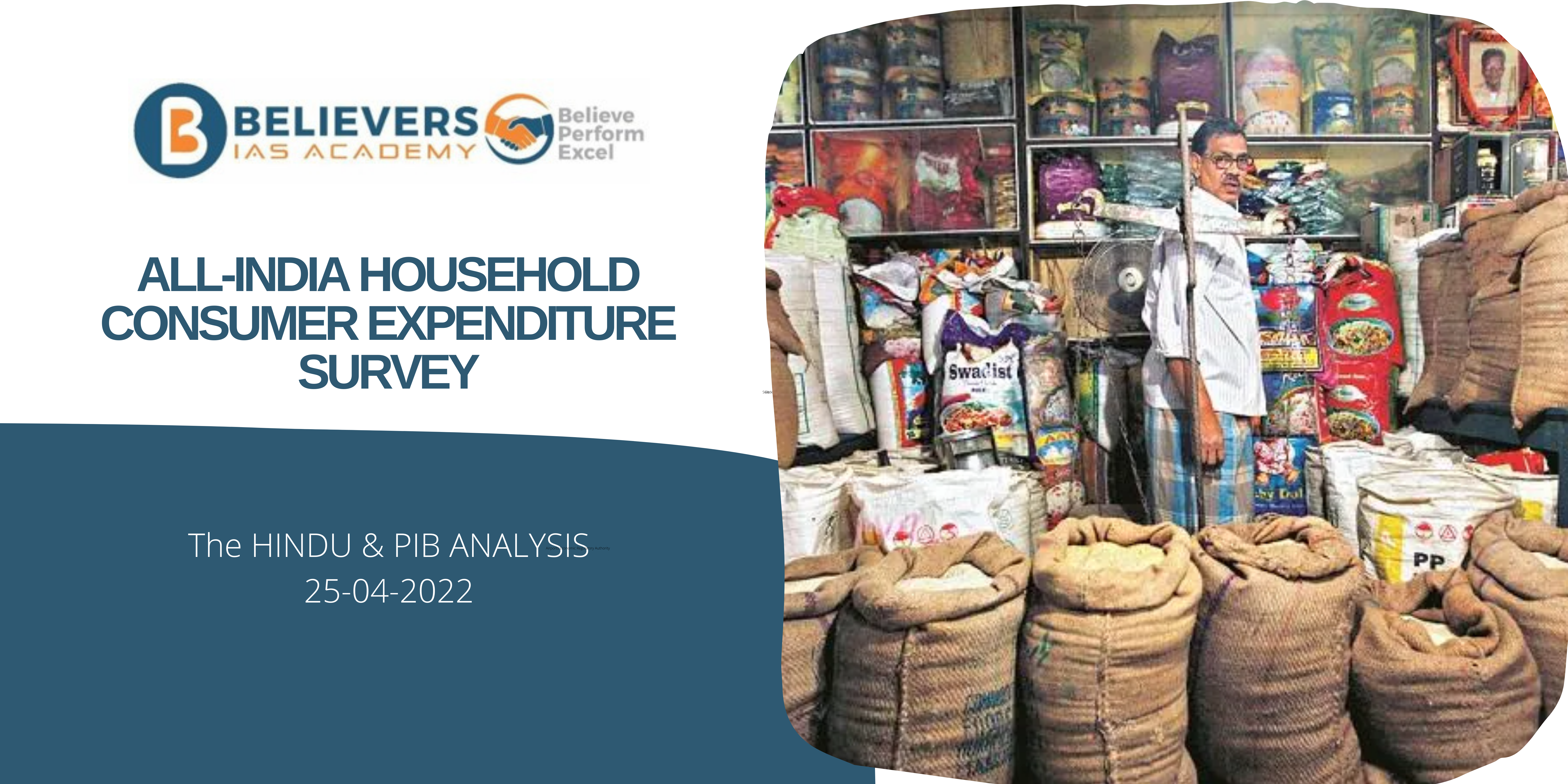 • The All-India Household Consumer Expenditure Survey, usually conducted by the National Statistical Office (NSO) every five years, is set to resume this year after a prolonged break. • Since 2011-12, India has not had any official figures on per capita household spending, which are used to estimate poverty levels in different sections of the country and to review economic metrics such as GDP.
• Estimates of household monthly per capita consumer expenditure (MPCE) and the distribution of households and individuals across different MPCE classes, based on the Survey, may not be available for another year.
• Separate data sets for rural and urban areas, as well as splice spending trends for each State and Union Territory, as well as different socioeconomic classes, will be included in the final report.