An Insight Into Section 124 A 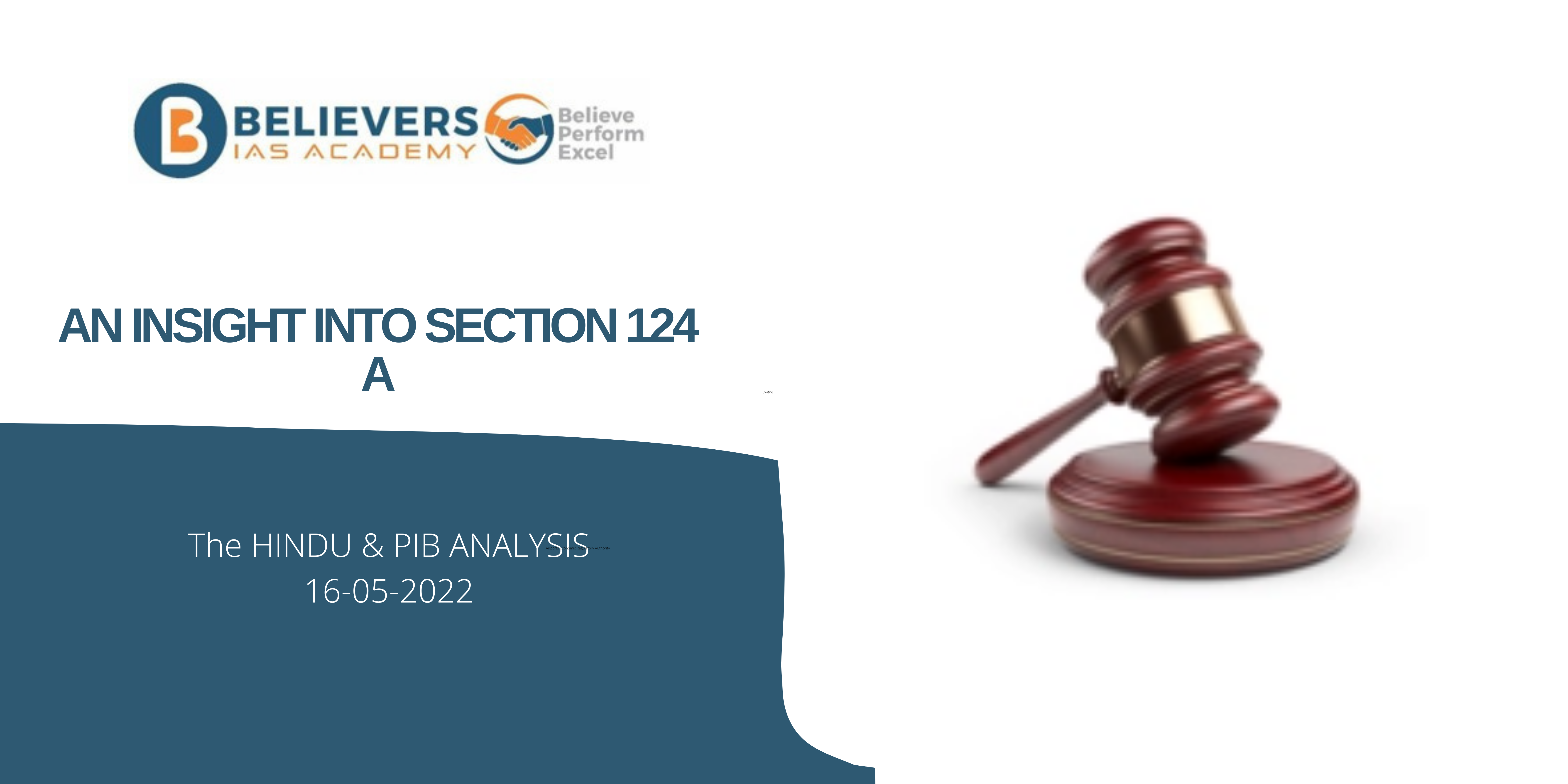 An Insight Into Section 124 A

• In a brief order delivered in S.G. Vombatkere vs Union of India, a three-judge Bench of the Supreme Court of India effectively suspended the operation of Section 124A of the Indian Penal Code. Why the court pitched for its suspension?

• The court was of the opinion that the law was an anachronism and a colonial era relic.
• The court’s decision to keep the law in abeyance came after the Union Government filed an affidavit that it would consider reexamining the law.
• And also the court stated that “this law is not in tune with the current social milieu, and was intended for a time when this country was under the colonial regime”.

Stand of the Judiciary and Constituent Assembly:

• It is a matter of fact that in the 1950’s two high courts in the country struck down the provisions under Sec 124 A.
• But this was reversed in the Kedarnath Singh case, In the landmark 1962 Kedar Nath Singh case, the Supreme Court upheld the constitutional validity of the sedition law, it attempted to restrict its scope for misuse.
• The court held that unless accompanied by an incitement or call for violence, criticism of the government cannot be labelled sedition.
• K M Munshi argued so forcefully in the Constituent Assembly to delete the use of the “equivocal” word “sedition” as a permitted restriction on free speech.

What are the apprehensions about the law?

• The law has been frequently used to crush down the dissent in all the successive regimes.
• The terms such as “disaffection towards the government” are fundamentally vague in a democratic nation.
• It is also seen that the most marginalized sections of the society have faced the brunt of the law.

• The essence of democracy, as Munshi put it in the Constituent Assembly “is criticism of government.”
• It is also seen that various other regressive statutes such as preventive detention laws and UAPA have been deployed to suppress peaceful dissent.