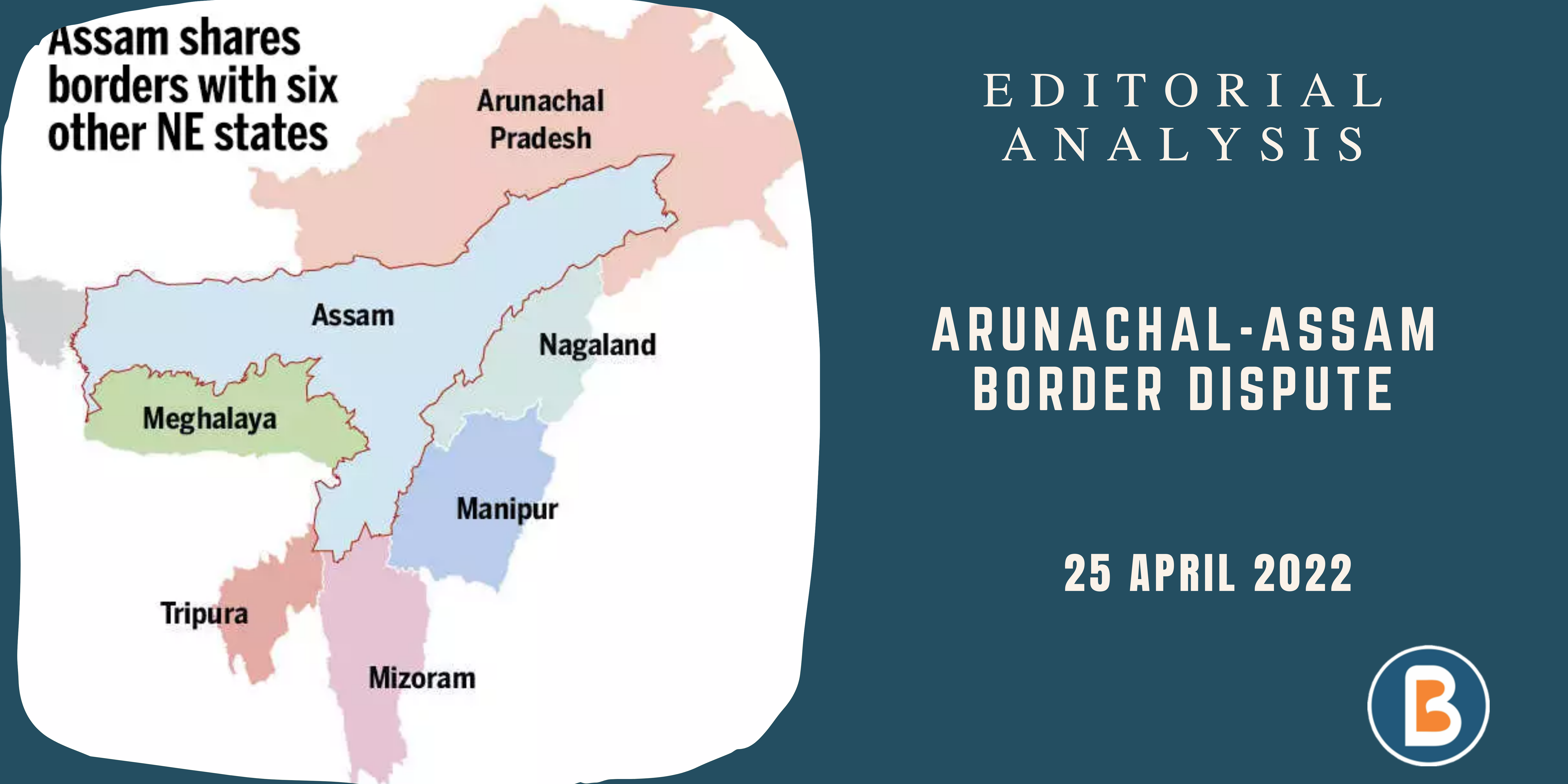 • Around 1,200 sites along their 804-kilometer border, Arunachal Pradesh and Assam are at odds.
• The conflicts began in the 1970s and became more intense in the 1990s, with recurrent flare-ups along the border. However, the problem dates back to 1873, when the British administration imposed an inner-line regulation that blurred the line between the plains and the frontier hills, which were eventually dubbed the North-East Frontier Tracts in 1915.
• The North-East Frontier Agency (NEFA) was established in 1954, three years after a notification based on the 1951 report saw 3,648 sq km of the “plain” area of Balipara and the Sadiya foothills moved to the Assam districts of Darrang and Lakhimpur.

What is the dispute?

• The problem began with a 1951 study that relocated 3,648 square kilometres of the “plain” area of Balipara and the Sadiya foothills to the Assam districts of Darrang and Lakhimpur.
• The transfer, according to Arunachal Pradesh, was made without consulting the tribes who had customary rights to the lands.
• In order to find a solution, the two states have decided to organise 12 committees comprising representatives from the districts that share the border.

• The Assam-Meghalaya border deal has fuelled optimism for a resolution of the Assam-Arunachal boundary dispute, especially with the Centre urging the north-eastern states to resolve their territorial disputes once and for all by August 15, 2022, the country’s 75th anniversary of independence.
• Furthermore, there is a widespread notion that the region’s sister-States, which are all governed by the Bharatiya Janata Party and have the same administration at the Centre, are in a stronger position to expedite the resolution.