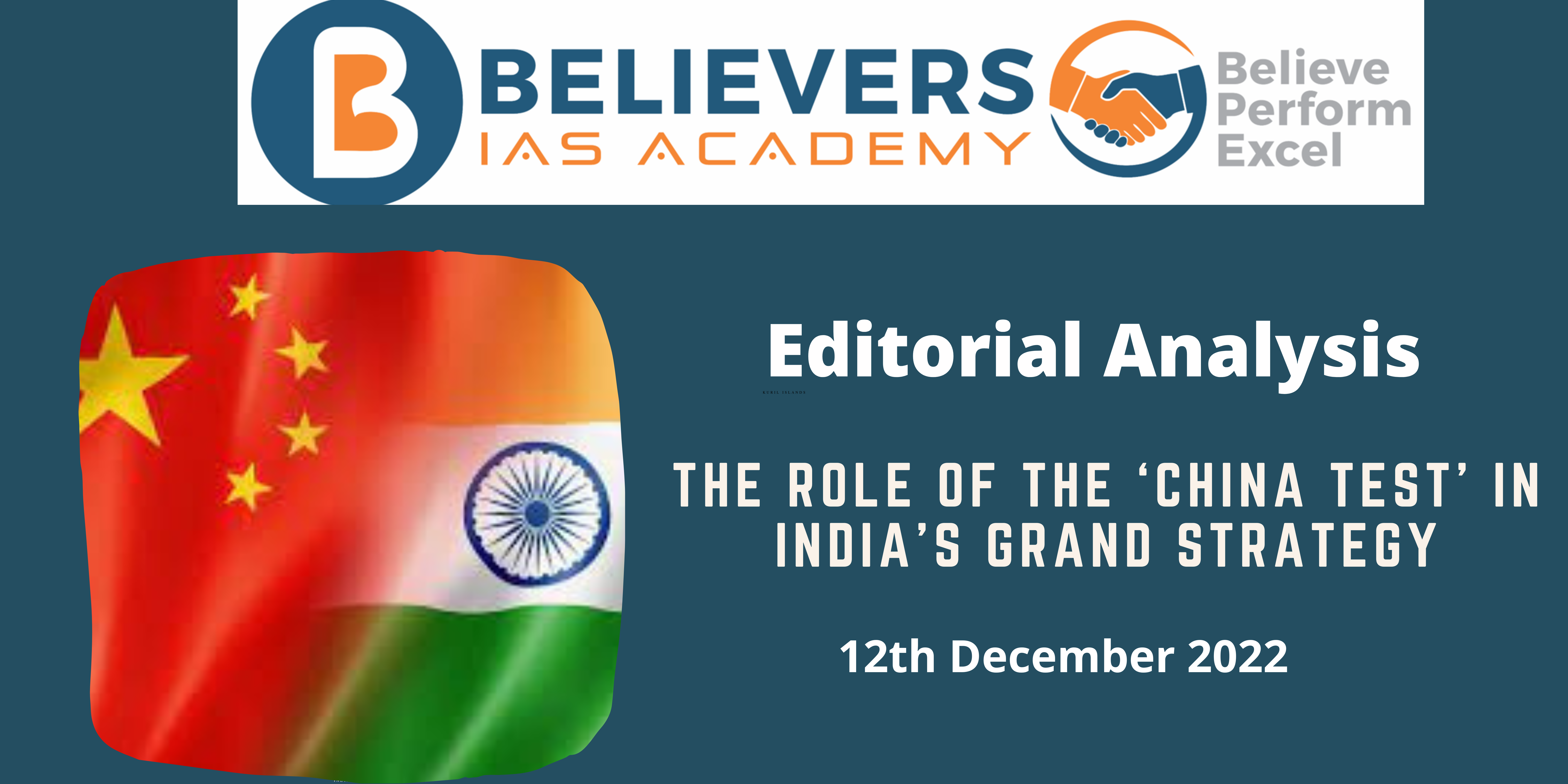 The role of the ‘China Test’ in India’s grand strategy

Concept of a principal contradiction:

China Test in India US Relations: