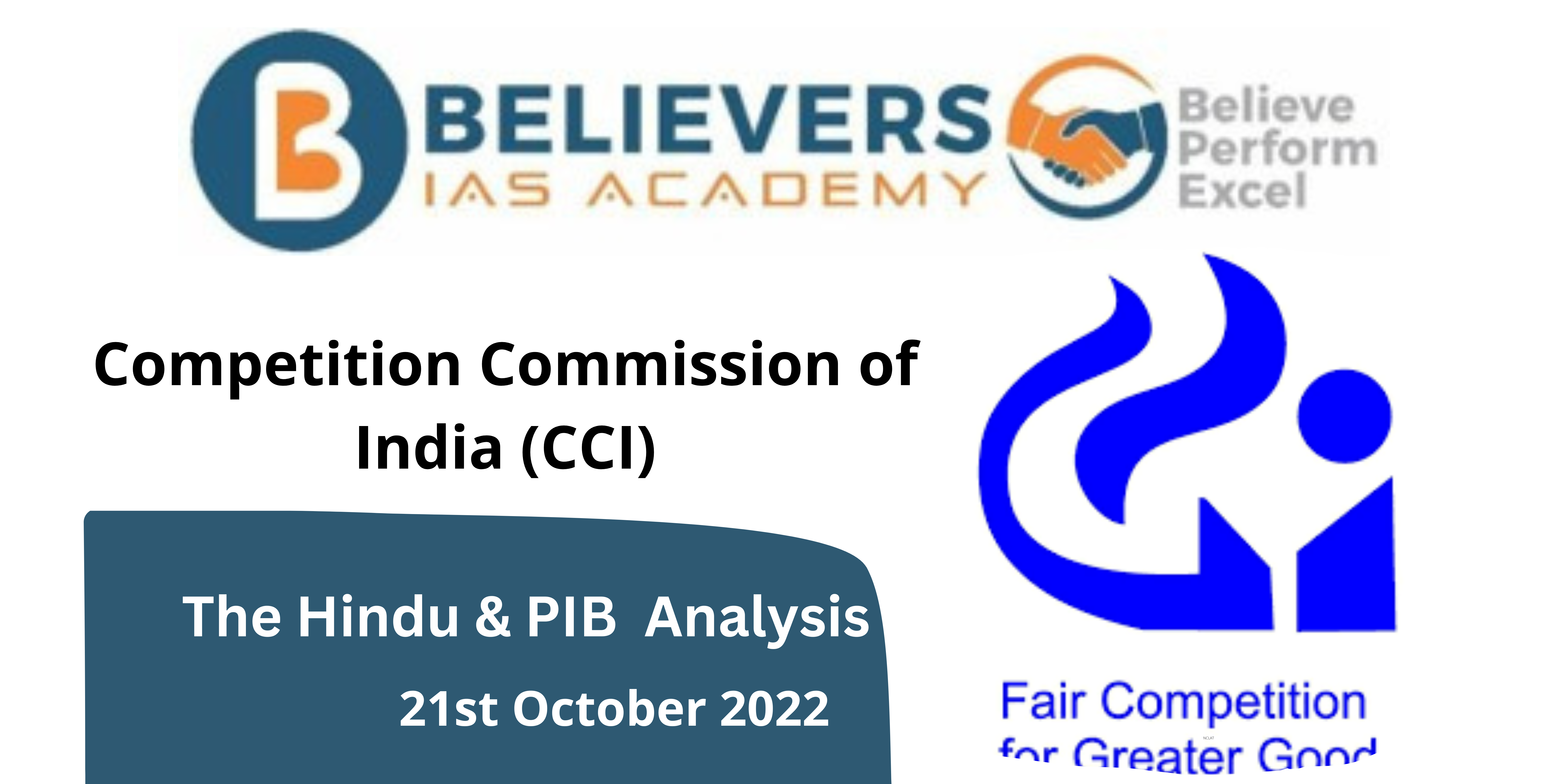 About Competition Commission of India (CCI):

The objectives of the Commission are:

The Chairperson and every other Member shall be a person of ability, integrity, and standing and who:

The commission is a quasi-judicial body which gives opinions to statutory authorities and also deals with other cases. The Chairperson and other Members shall be whole-time Members.

as these could cause or are likely to cause an appreciable adverse effect on competition within India.