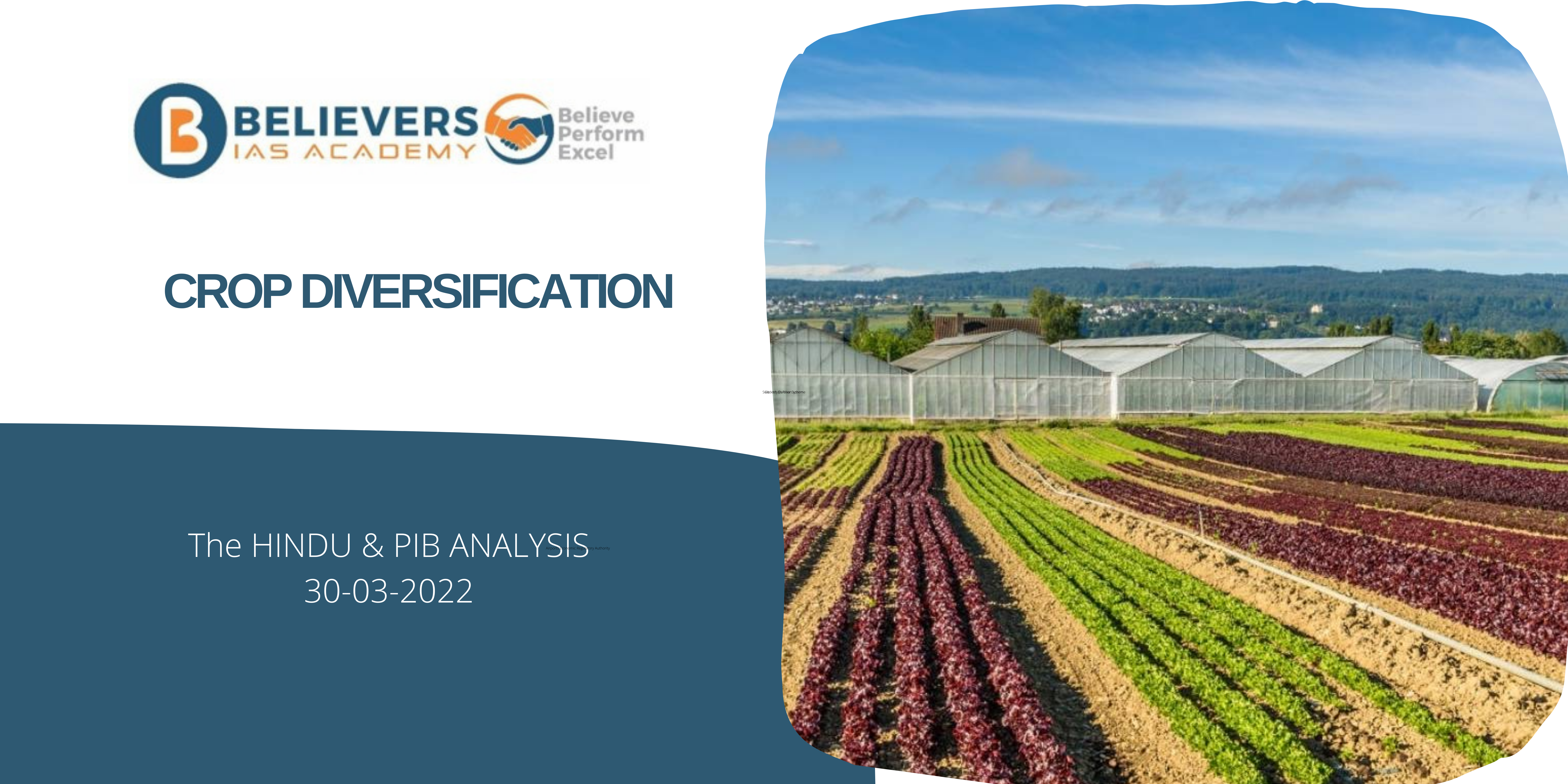 Why is the diversification necessary?

• The mono cropping agricultural setup in the states of Punjab, Haryana and Western Uttar Pradesh has caused devastating effects.
• The purpose of Green Revolution was to attain self sufficiency which has been attained and now due to the Government’s policies such as MSP has encouraged farmers to grow only rice and wheat.
• This is worrying because it has disastrous impact on the economy and as well as the ecology.
• Over usage of fertilizers and water has led to the degradation of the soil and has serious impact on the health of the soil.