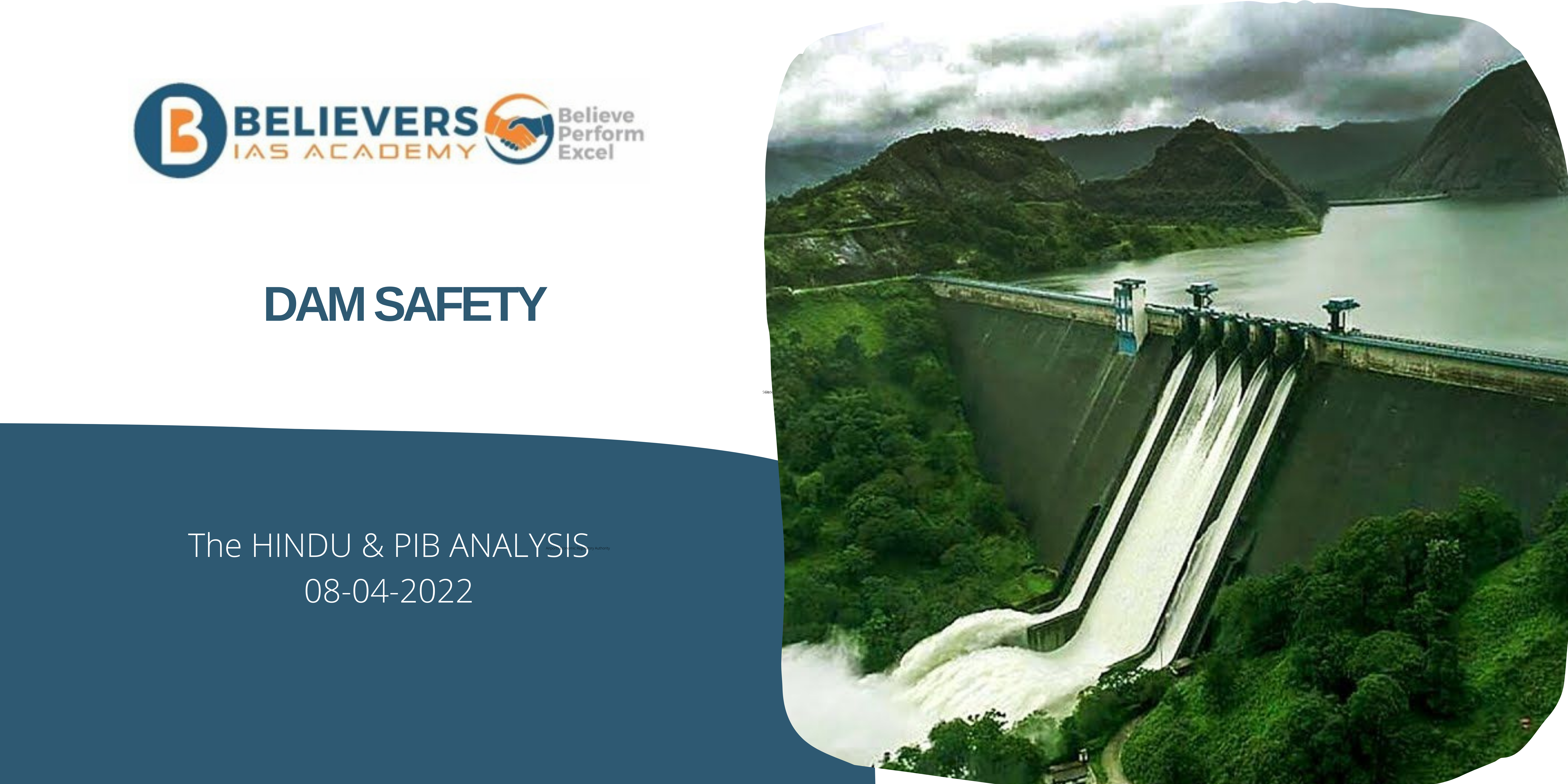 • There are discussions about the dam safety everywhere including the parliament and also in the judiciary where the SC has refused to overhaul dam supervisory panel.

• The Dam Safety Act (DSA), 2021, provides for an institutional framework for prevention of dam failure related disaster through proper surveillance, inspection, operation and maintenance of the specified dams in India.
• The provisions of the Act are aimed at strengthening and empowering the States’ own dam safety institutional arrangements, with technical and professional inputs from central institutions.
• The DSA, 2021 has a provision for the constitution of a National Committee on Dam Safety by the Government of India, consisting of 21 members, which includes seven representatives of the State Governments as Members of the Committee.
• In parallel to this the States are mandated to constitute State Committee on Dam Safety and State Dam Safety Organization, in which the members are to be nominated by the State Governments concerned.

• In the Constitution, water is a matter included in Entry 17 of List-II i.e. State List. This entry is subject to the provision of Entry 56 of List-I i.e. Union List.
• It enables the Union to deal with Inter-State rivers if Parliament legislates in public interest, via Entry 56 in the Union List.