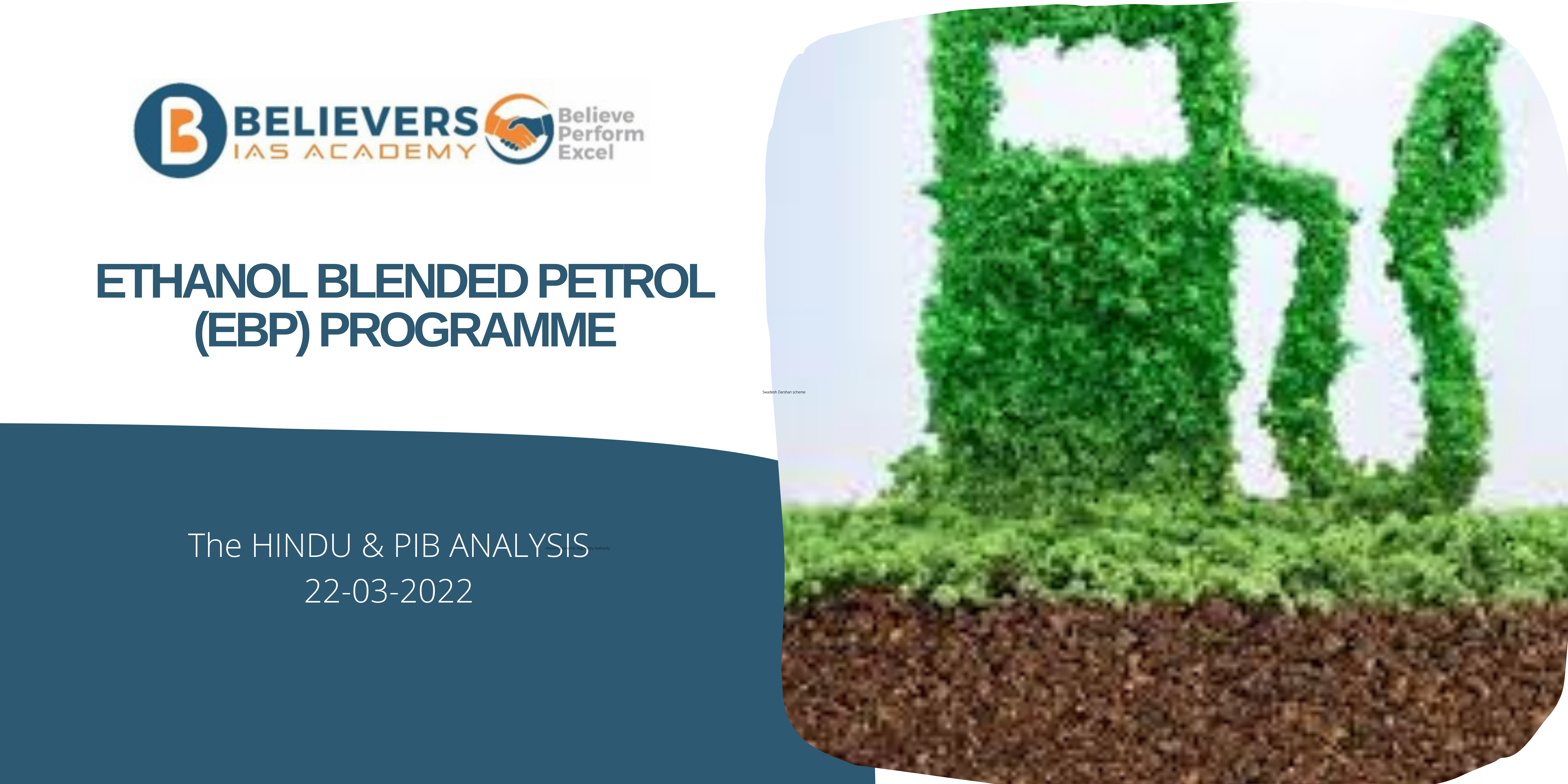 • The Government is promoting Ethanol Blended Petrol (EBP) Programme with broader objectives of providing boost to domestic agriculture sector, environment benefits, reducing import dependency and savings in foreign exchange.
• Ethanol from sugarcane route is not sufficient to achieve blending targets and for other uses.
• In view of surplus availability of food grains like maize and rice, ethanol from damaged food grains, maize and surplus rice with FCI has been allowed.

• Farmers are being encouraged by the government to switch from water-intensive crops like rice and sugarcane to more sustainable ones like maize.
• In addition, the country is implementing the National Staple Security Mission (NFSM) to increase the production and productivity of food grains, notably maize.
• Furthermore, with the approval of the State Level Sanctioning Committee (SLSC) chaired by the Chief Secretary of State, state governments have been asked to plan and promote maize cultivation by diverting rice/wheat area around distilleries through “special projects” under the Rashtriya Krishi Vikas Yojana (RKVY).
• As a result, the government wants to create a long-term market for surplus maize that isn’t consumed by the domestic poultry business.
• Furthermore, when ethanol is produced from grains such as maize, a co-product known as Dried Distillers Grains with Soluble (DDGS) is produced.

• On World Environment Day, 5 June 2021, Hon’ble Prime Minister Shri Narendra Modi released the report of the Expert Committee on Roadmap for Ethanol Blending in India by 2025.

• According to the report, 20% ethanol blending is within reach. The report further lays out an annual plan for the gradual rollout of E20 ethanol in the country.

• It suggests specific responsibilities of Union Ministries, State Governments and vehicle manufacturers for the production, supply and gradual rollout of 20% ethanol blending in petrol by 2025.