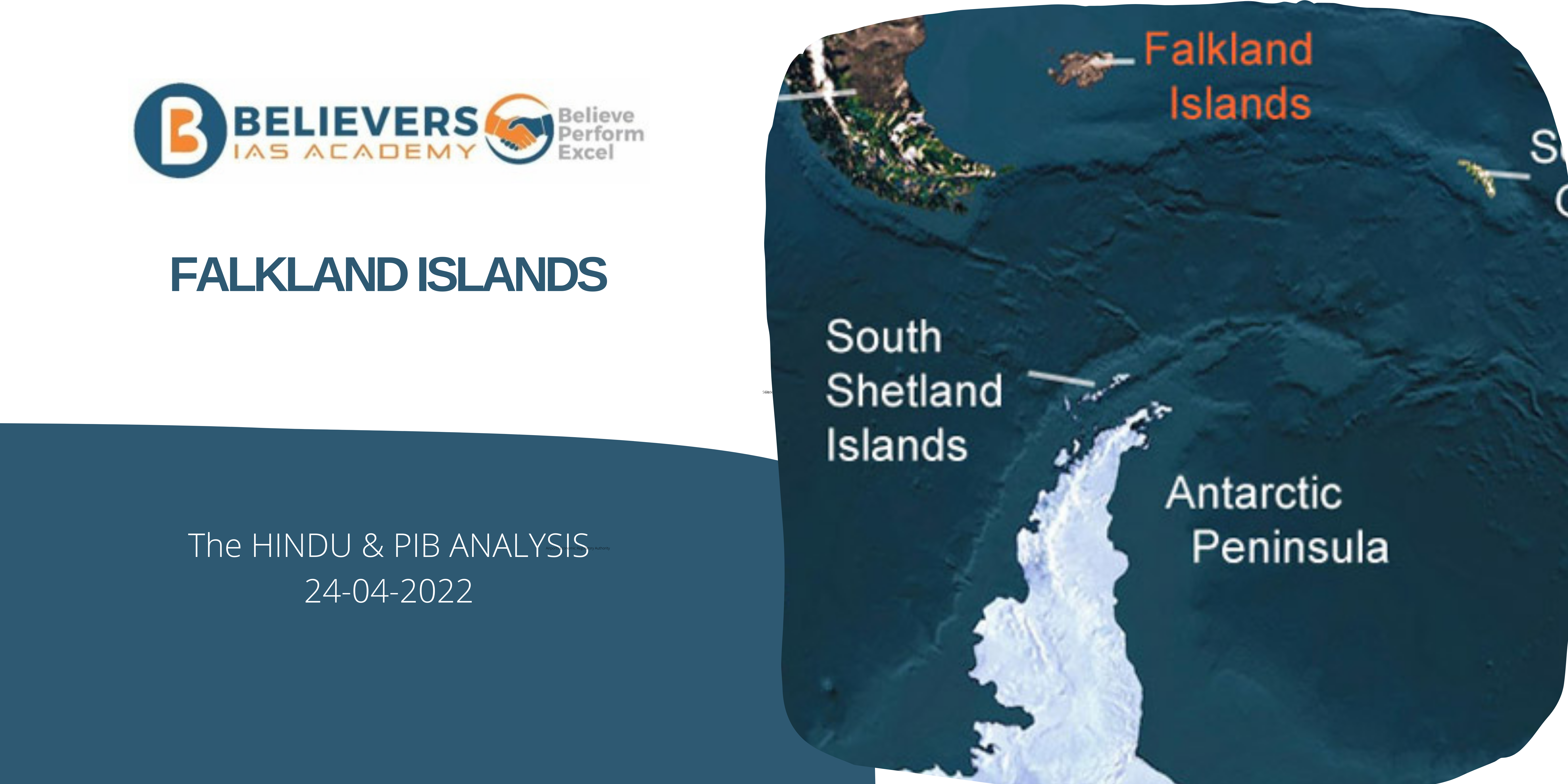 • The Government of Argentina will launch a campaign in India on Sunday demanding negotiation with the United Kingdom to settle the territorial dispute over the Islas Malvinas that are known as the Falkland Islands in the United Kingdom.

About the Falkland Islands:

• The Falkland Islands are an archipelago in the South Atlantic Ocean on the Patagonian Shelf.
• The principal islands are about 300 miles (480 kilometres) east of South America’s southern Patagonian coast and about 752 miles (1,210 kilometres) from the northern tip of the Antarctic Peninsula, at a latitude of about 52°S.
• The archipelago, with an area of 4,700 square miles (12,000 square kilometres), comprises East Falkland, West Falkland, and 776 smaller islands.
• As a British overseas territory, the Falklands have internal self-governance, and the United Kingdom takes responsibility for their defence and foreign affairs.
• The capital and largest settlement is Stanley on East Falkland. • The discovery of the Falklands and subsequent colonisation by Europeans has sparked debate.
• The islands have had French, British, Spanish, and Argentine settlements at various times.
• In 1833, Britain reasserted its control over the islands, but Argentina retains its claim.
• Argentina’s military troops attacked the islands in April 1982. At the end of the Falklands War, British control was restored two months later.
• Almost all Falkland Islanders chose to keep the archipelago as a British foreign colony.
• The sovereignty status of the area is a point of contention between Argentina and the United Kingdom.