Impact of freebies on Indian Economy 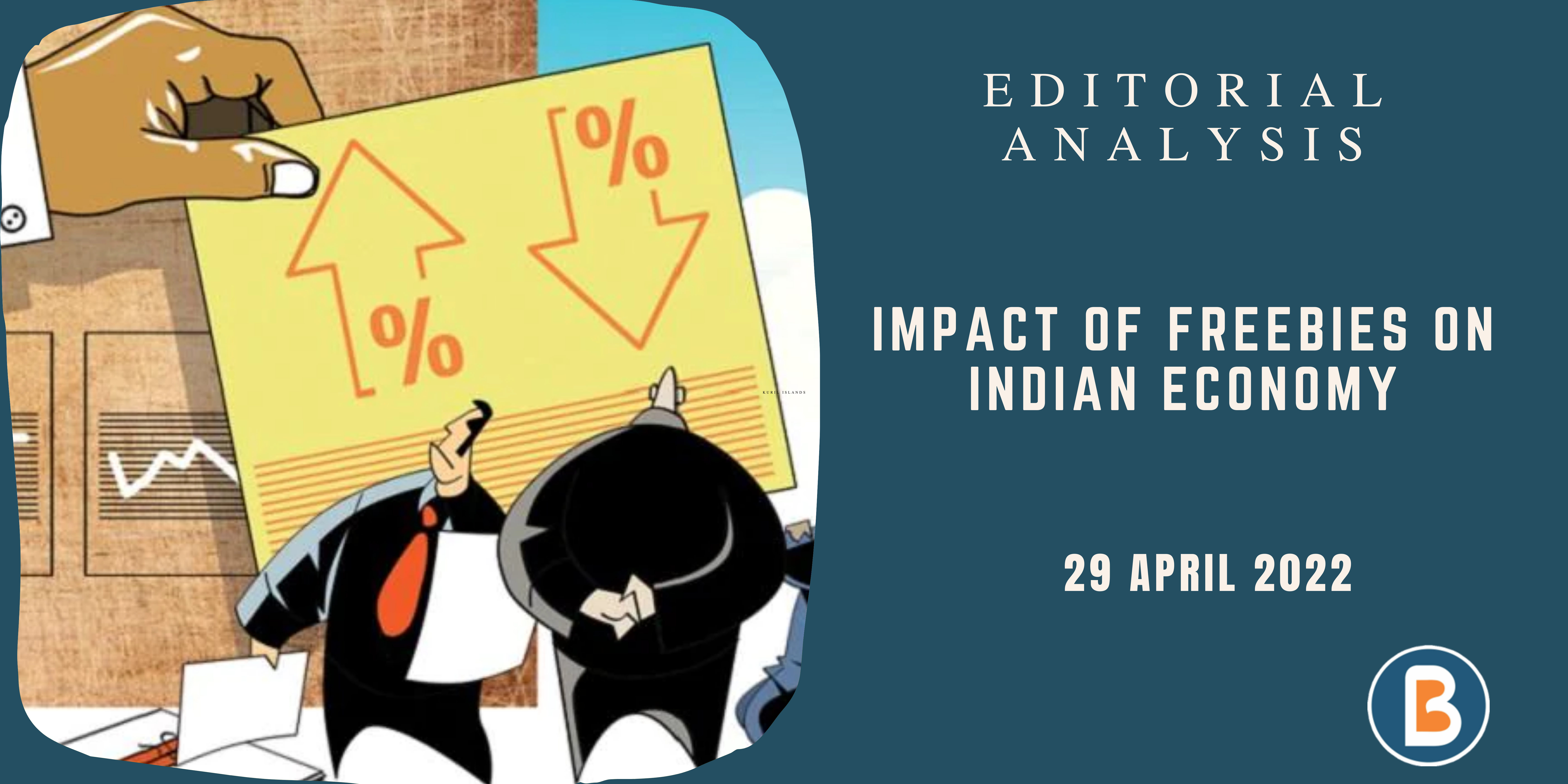 Impact of freebies on Indian Economy

• In an address delivered at the Delhi School of Economics last week, N.K. Singh, the chairperson of the 15th Finance Commission, warned about how the race to provide freebies to voters could be a “quick path to fiscal disaster.”

Is it wrong to provide freebies?

• In terms of fiscal stability and financial deterioration, if we look at state welfare spending and determine that it is sustainable and inexpensive, then that is OK, as it is the political executive’s choice.
• Fiscal stability refers to the government’s capacity to use its fiscal policy to achieve long-term economic goals such as strong employment and growth rates.
• According to the Reserve Bank of India’s study of state finances, states have kept to the limit in terms of their gross fiscal deficit, which is the difference between the state’s total revenue and total spending, since 2005.

• In the case of the States, outstanding debt reduction has advanced pretty effectively. By 2014-15, it had dropped nearly ten percentage points from a high of 31% of GDP to around 22% of GDP.
• After that, by FY 2020, it has risen by nearly five percentage points. When we look at the history of the federal government, we can see that it has never been able to stay within fiscal deficit restrictions.
• Second, the Central government’s debt-to-GDP ceiling is intended to be 40 percent, but it has now surpassed 90 percent.
• As a result, the issue of budgetary stability is more serious at the national level. Is the state capable of providing welfare policies?

• On the fiscal front, given that from 2017, we will have the goods and services tax (GST), which will essentially take away the states’ ability to produce revenues, and given that the states are responsible for the majority of welfare spending, the states’ hands will be squeezed.
• As a result, fiscal stability encompasses both expenditure and revenue. And, to be sure, the Centre does not only give out freebies to the needy, but also to a big number of enterprises.

• There are no official poverty estimates after 2011-12, the only estimates that we have are from a number of independent studies.
• Welfare measures such as the Mahatma Gandhi National Rural Employment Guarantee Act (MGNREGA) and the public distribution system, have contributed to poverty reduction.
• There is a need to strengthen this type of programs in order to alleviate poverty.