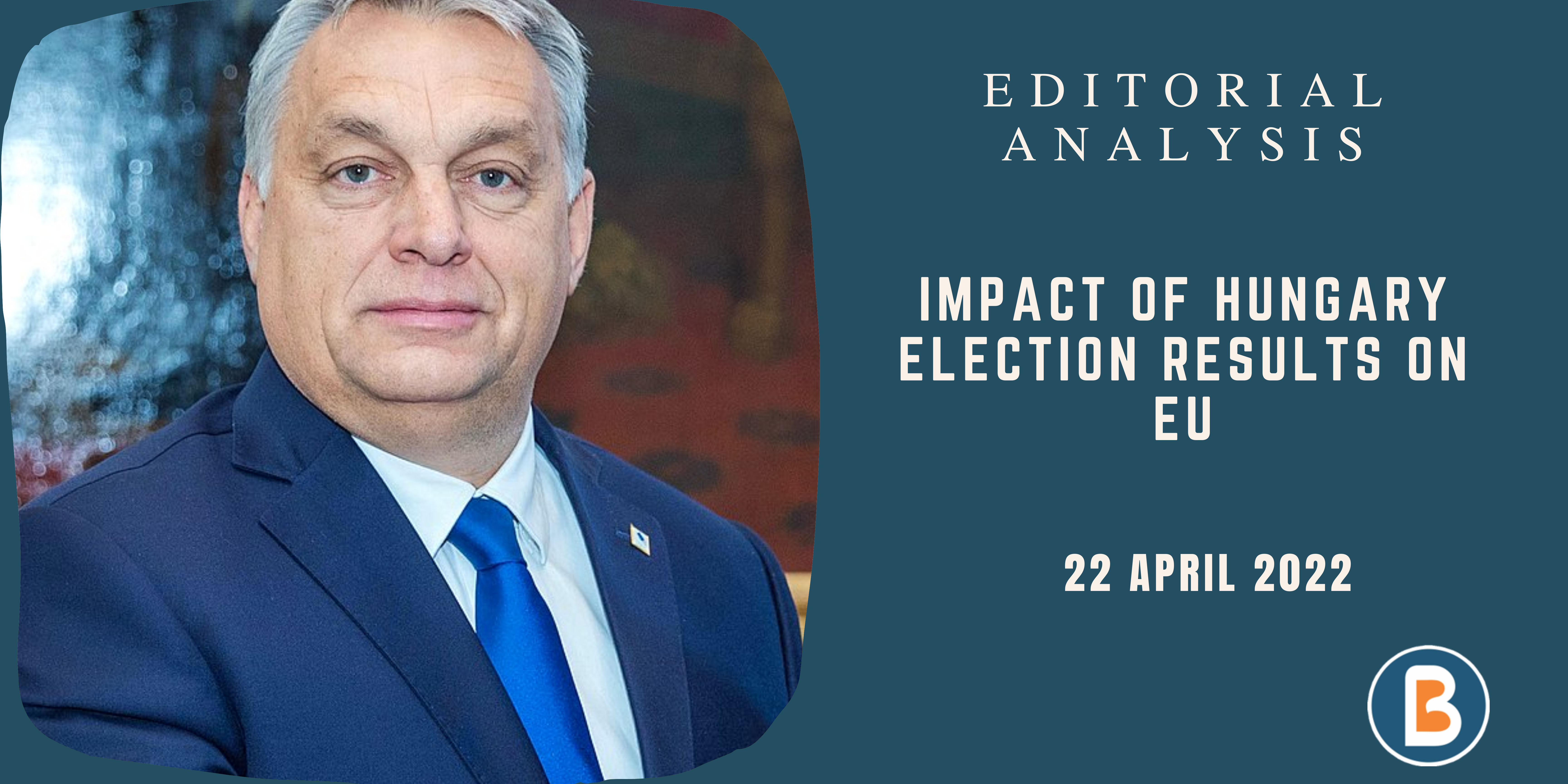 • Viktor Orban won the national elections in Hungary for the fourth consecutive term and has become the longest-serving head of government in the European Union.

• His statements after the victory in the elections has created resentment throughout Europe.
• Hungary is maintaining a fine balance between both Russia and the European Union amidst the conflicts.
• Russian President pledged to further develop bilateral ties, despite Hungary’s support for EU sanctions against Russia.
• At the same time Hungary has opposed to a ban on Russian energy imports and has agreed to pay for the same in rubles.

• European Union has been accusing Hungary for its violation of democratic principles and rights.
• Viktor Orban’s attack on the media, NGOs, policies on migrants and LGBTQ community have invited criticism.
• The OSCE(Organization for Security and Co-operation in Europe) had described the 2014, 2018 and the 2022 Hungarian elections as not fair.
• European Commission launched the EU’s new rule-of-law disciplinary procedure for the first time against Hungary
• The European Commission also has long-standing concerns regarding Hungary’s judicial independence and systemic corruption.

• Hungary has been building its ties with China through the “Eastern Opening” policy.
• This was adopted to attract the Chinese investment into the country and also to counterbalance with EU.
• This is seen as Hungary’s attempt to reduce its dependence on European Union
• Hungary is also one of China’s closest allies in the ambitious 17+1 (now 16+1) framework.
• The underperformance of China’s 17+1 arrangement in Central Europe, which was tarnished by unfulfilled projects, is one of the reasons why Chinese investments in Hungary have fallen short of expectations.
• Despite Hungary’s initial optimism and appeasement, the cooperation with China has not proven to be a viable option to the West, and the EU continues to be Hungary’s largest commercial partner.
• The EU accounts for the majority of Hungary’s exports, with EU nations accounting for more than 75% of Hungary’s exports in recent years.