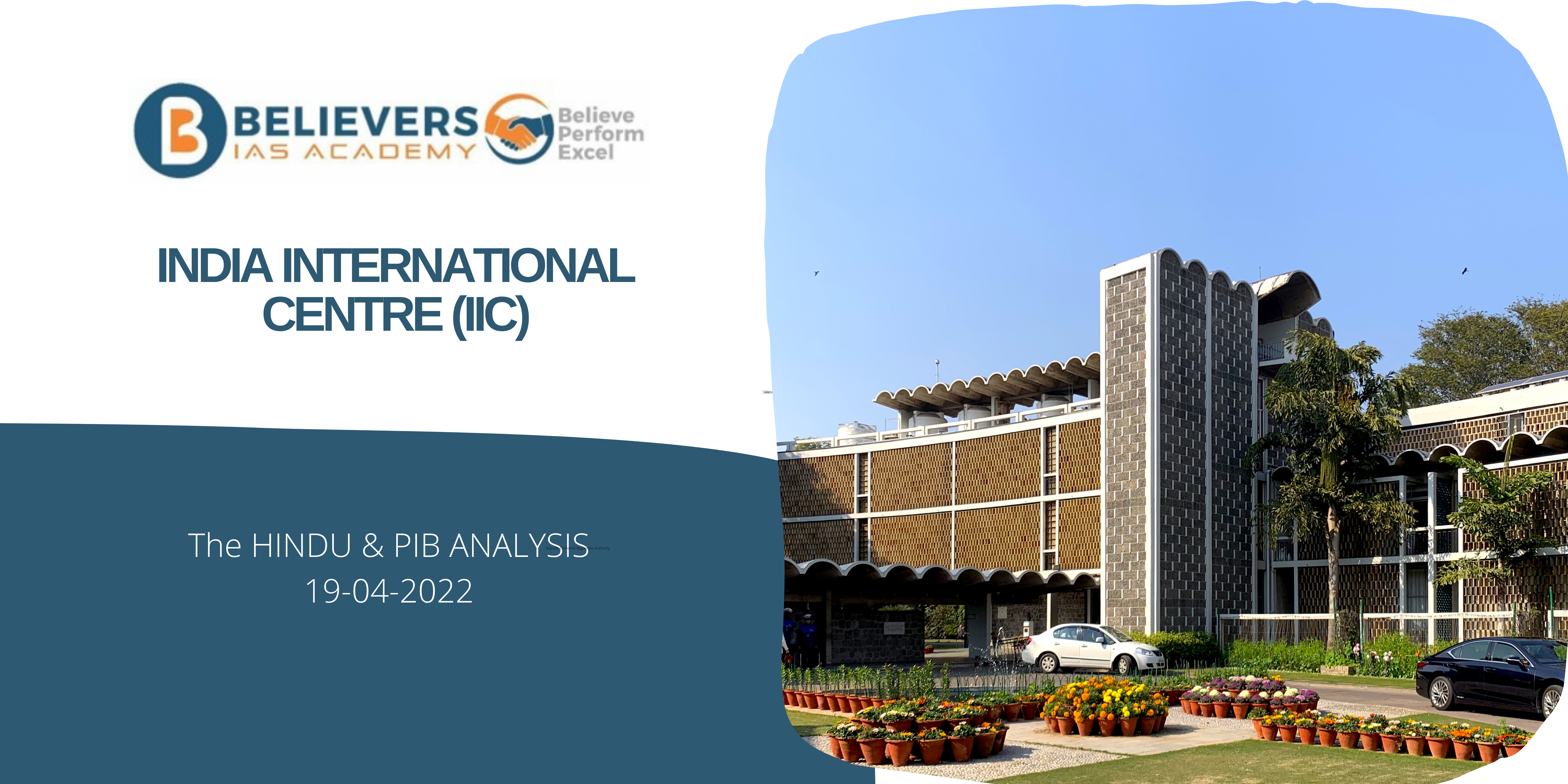 • India International Centre (IIC) is celebrating its diamond jubilee, the President of India has addressed the occasion and held that India has had a widespread tradition of ‘vaad-vivaad’ and ‘samvaad’.

• According to the President, when the IIC was founded in 1958 as a worldwide platform for exchange of views, the world was dealing with concerns such as a fair and stable international order, as well as the legacy of two world wars.
• In Asia and Africa, the process of decolonisation was underway, with new aspirations impacting the evolving international order.
• Forums like the IIC are becoming increasingly important as the modern world goes through a period of transition.
• This institution was founded by women and men who shared a vision for India’s future and position in the international community.
• The IIC represents a vision of India as a thriving democracy in which national and international discourse may be initiated in an atmosphere of amity and understanding.
• The founders of this organisation foresaw what would happen in the years ahead, and how the IIC could play a role in the establishment of a new nation while also contributing to worldwide discussions.
• Such disputes have progressed over time.