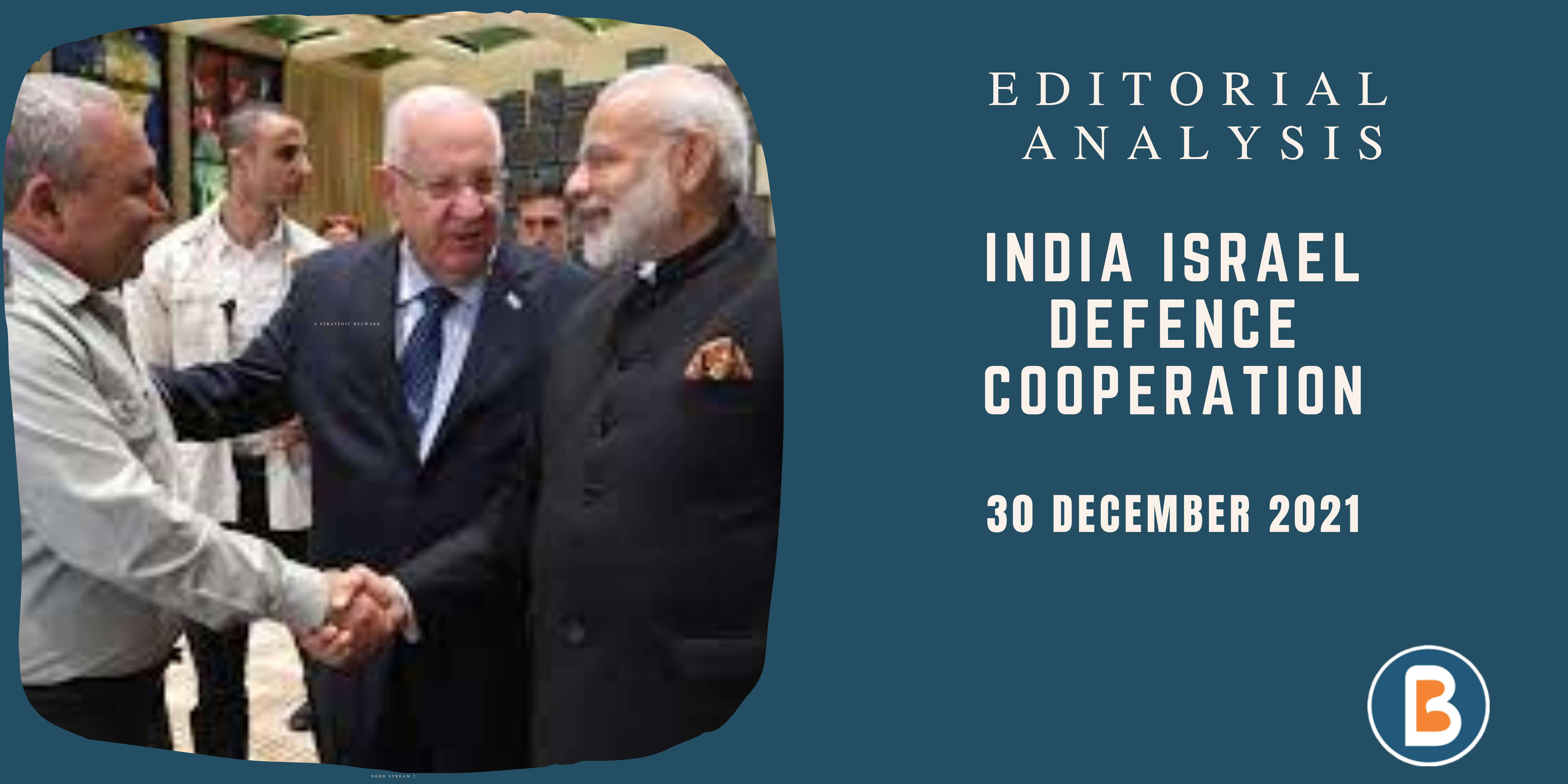 The formation of this SWG would make it possible to:

Defence cooperation between India and Israel:

BARAK: As a low-range air defence interceptor, the surface-to-air missile can be used. BARAK-8 is the name given to the BARAK version in India (for naval vessels).

Spike: These are 4th generation Anti-Tank Missiles with a range of up to 4 kilometres and the ability to fire and forget.

Phalcon: This Airborne Warning and Control System (AWACS) is also known as the “eyes in the sky” of the Indian Air Force.

The Importance of India-Israel Military Cooperation:

Patrolling and Surveillance: Israeli imports make it easier for armed personnel to operate in times of war.

Make in India: Israel’s export-oriented defence industry and willingness to form joint ventures complement both “Make in India” and “Make with India” in the defense sector.

Trusted Supplier: Israel has long been a “no-questions-asked” supplier, meaning that it freely distributes even its most advanced technology.

Upscaling Joint Ventures: Indo-Israeli defence cooperation must be expanded up in terms of Joint Ventures (JV) and Joint Research and Development (RD), which can serve as a force multiplier in realizing India’s desire to become a significant global power.

Using Technological Expertise: The strategic partnership between India and Israel has a lot of potential and is only going to get bigger.