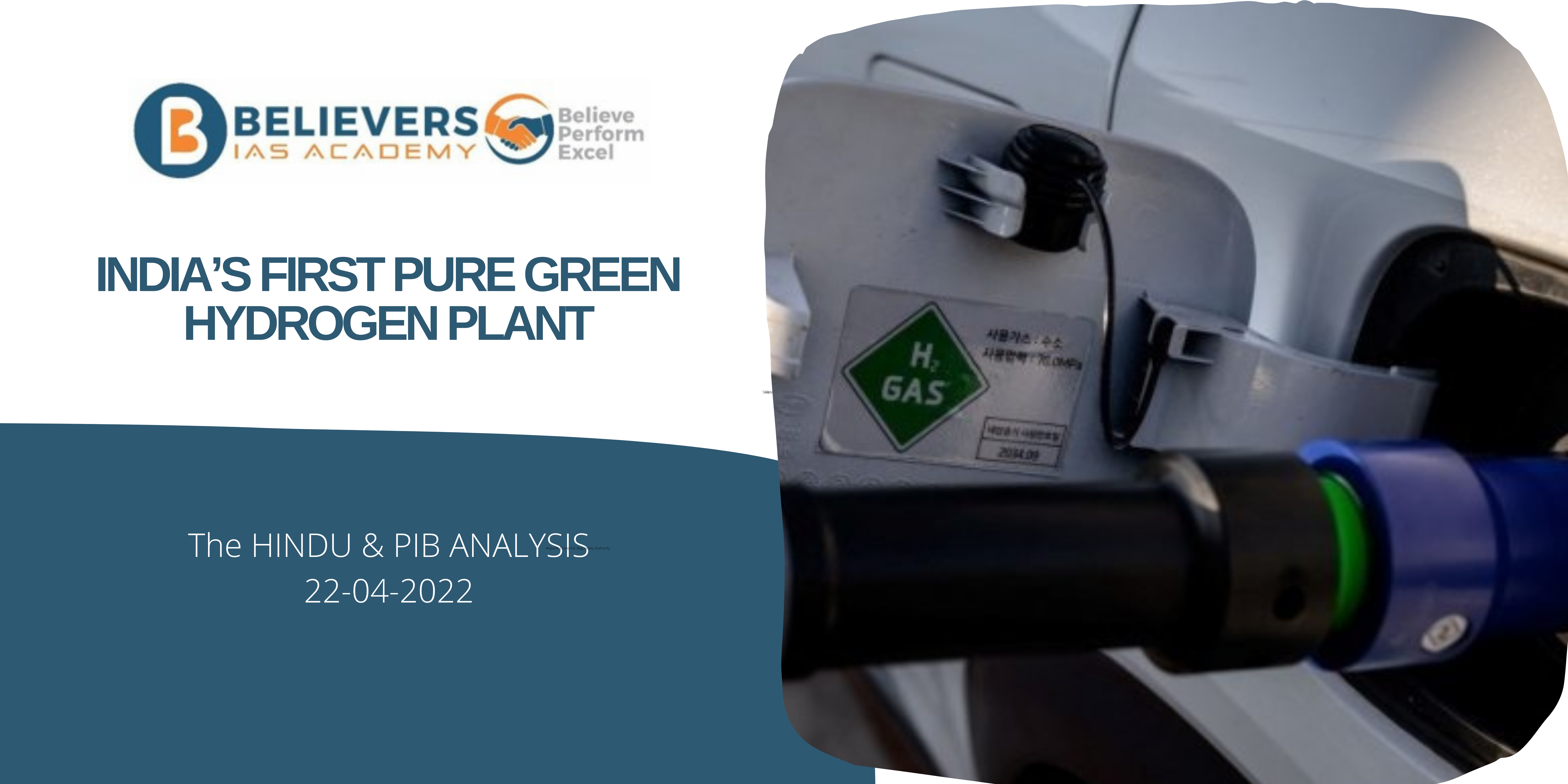 • Oil India Limited (OIL) has taken the first significant step towards Green Hydrogen Economy in India with the commissioning of India’s First 99.999% pure Green Hydrogen pilot plant, with an installed capacity of 10 kg per day at its Jorhat Pump Station in Assam.

What is Green Hydrogen?

• Green hydrogen is hydrogen gas created by electrolysis of water, which is an energy-intensive technique for dividing water into hydrogen and oxygen and can be done with renewable energy.

• Any new renewable energy facilities built to produce power for green hydrogen generation before July 2025 will receive 25 years of free power transmission under the new policy.
• This means that a green hydrogen producer in Rajasthan may build a solar power plant to send renewable energy to a green hydrogen plant in Assam without having to pay any inter-state transmission fees.
• The move is projected to make green hydrogen production more cost-effective for important users of hydrogen and ammonia, such as the oil refining, fertiliser, and steel industries.
• Currently, these industries rely on grey hydrogen or grey ammonia produced from natural gas or naphtha.