Infrastructure Financing as a Geo-Economic Tool of Statecraft 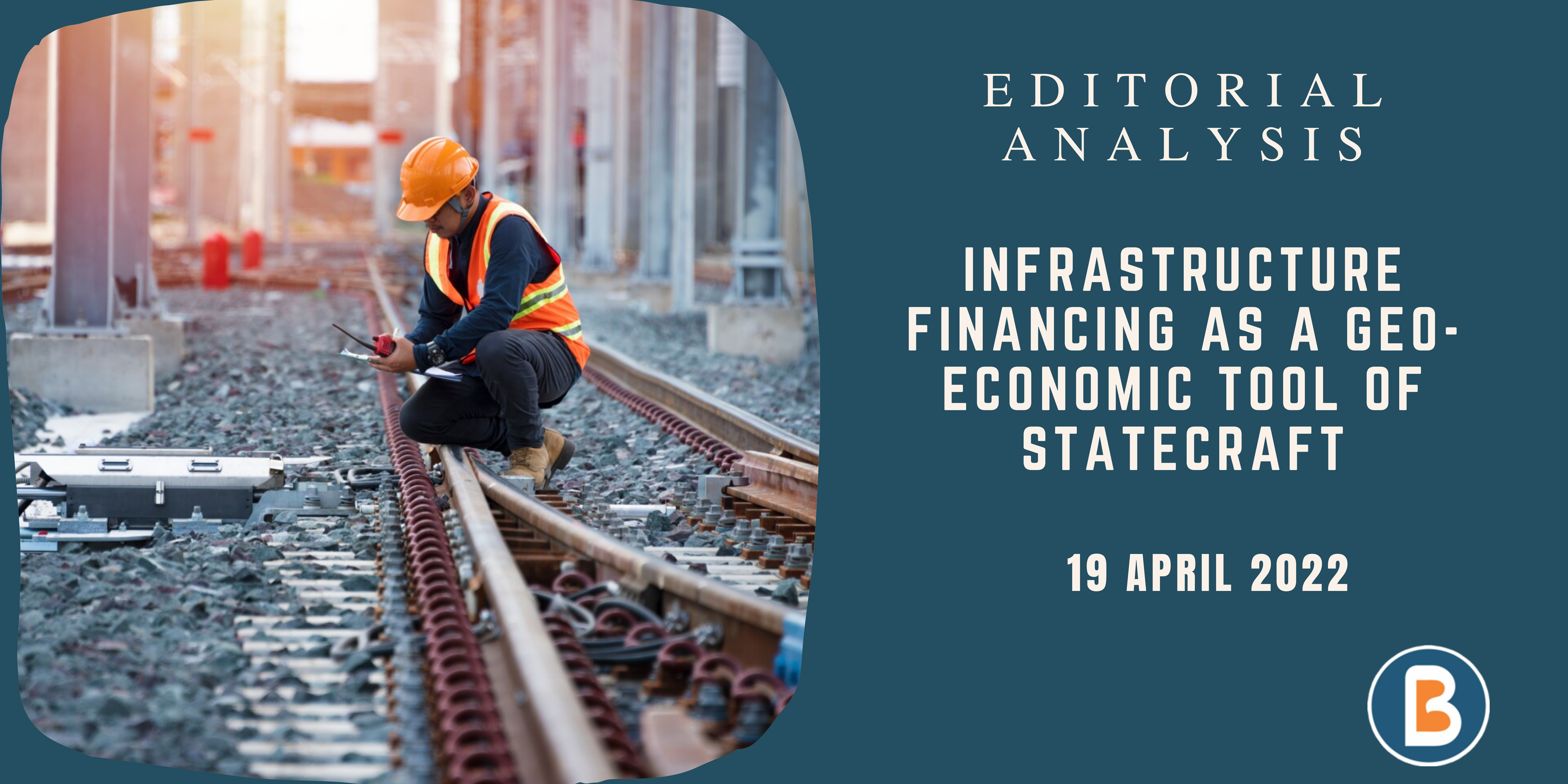 Infrastructure Financing as a Geo-Economic Tool of Statecraft

• Economic progress is fueled by the 3Cs: connectivity, commerce, and contacts, according to External Affairs Minister Dr. S. Jaishankar.
• According to the latest Economic Survey estimates, India will need to spend around US$ 1.4 trillion on infrastructure to achieve its objective of a US$ 5 trillion Gross Domestic Product by 2025. 9 In this regard, Gati Shakti, India’s National Master Plan for Multimodal Connection, will be a force multiplier in the country’s efforts to expedite infrastructure connectivity implementation.
• India’s ambition as it mobilises resources is to join regional value chains and industrial networks.
• Japan’s infrastructure export policy complements Prime Minister Narendra Modi’s ‘Make in India’ policy, which aims to make India the global manufacturing epicentre.
• This demands the provision of world-class infrastructure as well as a more favourable investment climate. Official Development Assistance (ODA) from Japan has aided in the advancement of high-quality infrastructure and improved connectivity inside India and beyond.
• India has benefited from Japan’s EPQI project, which committed US$ 200 billion in funding in 2016 for a five-year period.

• India has given utmost importance to the Act East Policy, given this it is obvious that North Eastern region plays a major role.
• The much anticipated Northeast industrial corridor from Dawki (on Bangladesh border), Shillong via Guwahati to Nagoan and from Golaghat via Dimapur via Imphal to Moreh, needs financial and technical input.
• This will facilitate free flow to Southeast Asia and position India favourably in regional value chains and production networks.

• Northeast is being given top priority in the development plan since it has the potential to become India’s growth engine.
• However, this will necessitate a huge investment in infrastructure. Japan has emerged as a trusted partner as India seeks support from global and bilateral financing bodies to encourage innovation and adopt international best practices.