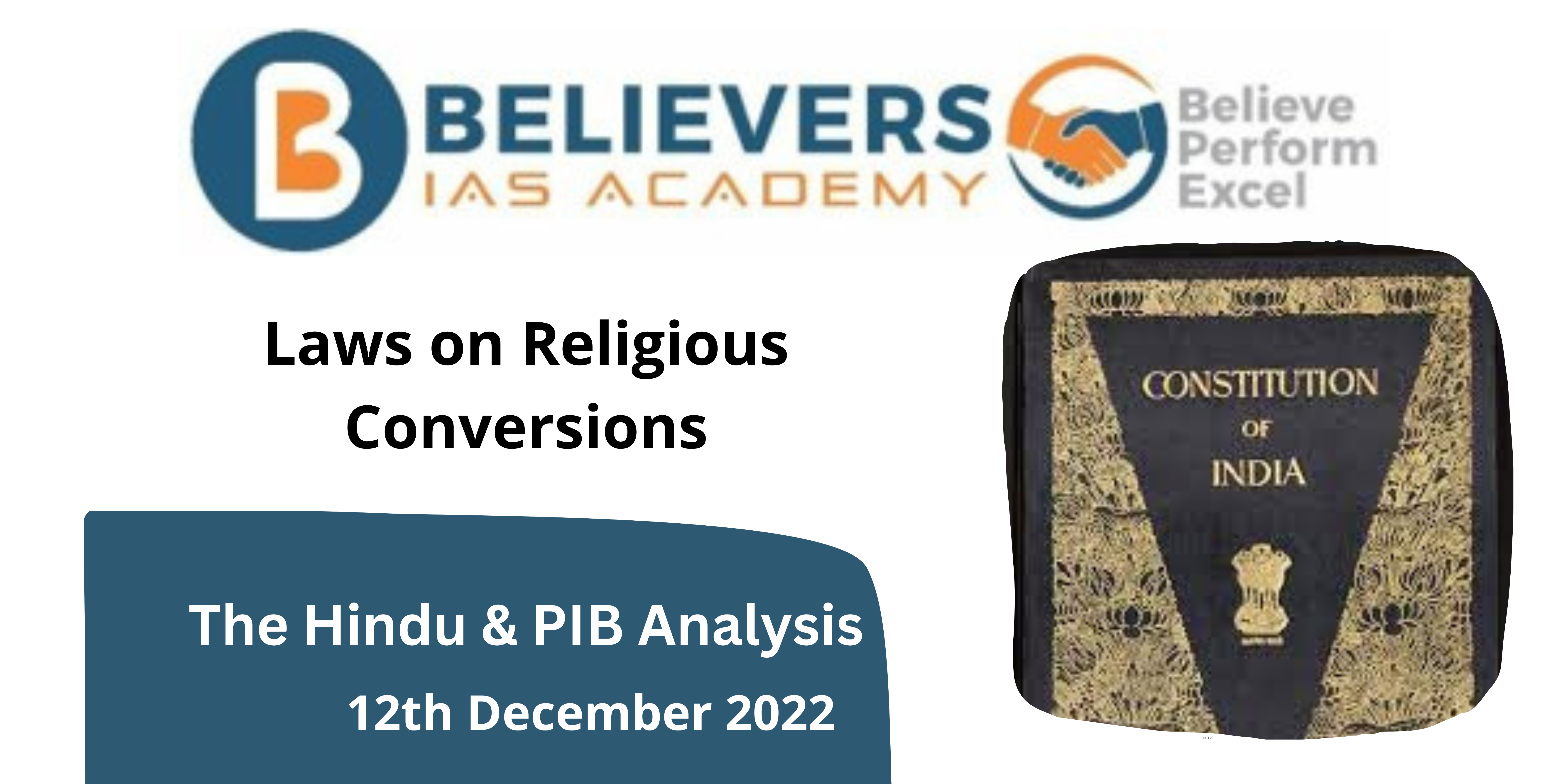 Right to Freedom of Religion:

The 9-judge bench, in this case, ruled that Secularism is the basic feature of the Constitution of India.

These states, in order of enactment, are,

Source “What are the existing laws on religious conversions?“