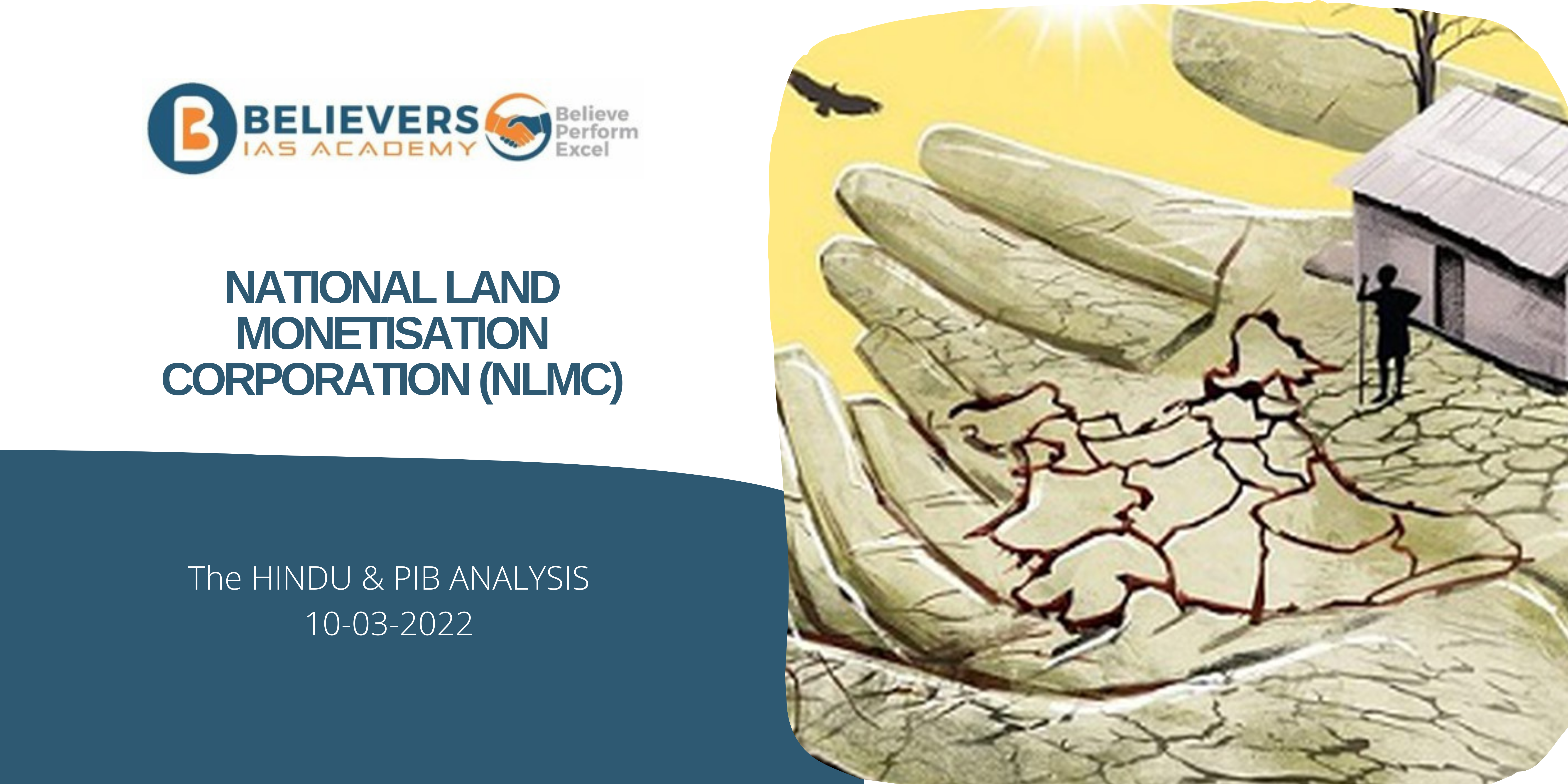 • The Union Cabinet on Wednesday approved the setting up of a new government-owned firm for pooling and monetizing sovereign and public sector land assets. The National Land Monetization Corporation (NLMC) is being formed with an initial authorized share capital of ₹5,000 crore and paid-up capital of ₹150 crore.

• To be fully owned by the Centre, under the administrative jurisdiction of the Finance Ministry
• With monetization of non-core assets, the Government would be able to generate substantial revenues by monetizing unused and under-used assets
• Sources said Railways, Telecommunications and Defence are among key ministries holding the maximum surplus land, while parcels of several CPSEs are in prime areas with good potential.
• Apart from the strategic sale and privatization of state-owned companies, monetization of idle land is part of the Centre’s strategy to reduce its business presence to a bare minimum and generate resources for future asset creation.

• The National Monetization Pipeline (NMP) envisages an aggregate monetization potential of ₹6-lakh crore through the leasing of core assets of the Central government in sectors such as roads, railways, power, oil and gas pipelines, telecom, civil aviation etc., over a four-year period (FY 2022-25).
• It is the first-of-its-kind initiative that will boost the economy, generate better employment opportunities and drive the competitiveness of the Indian economy.