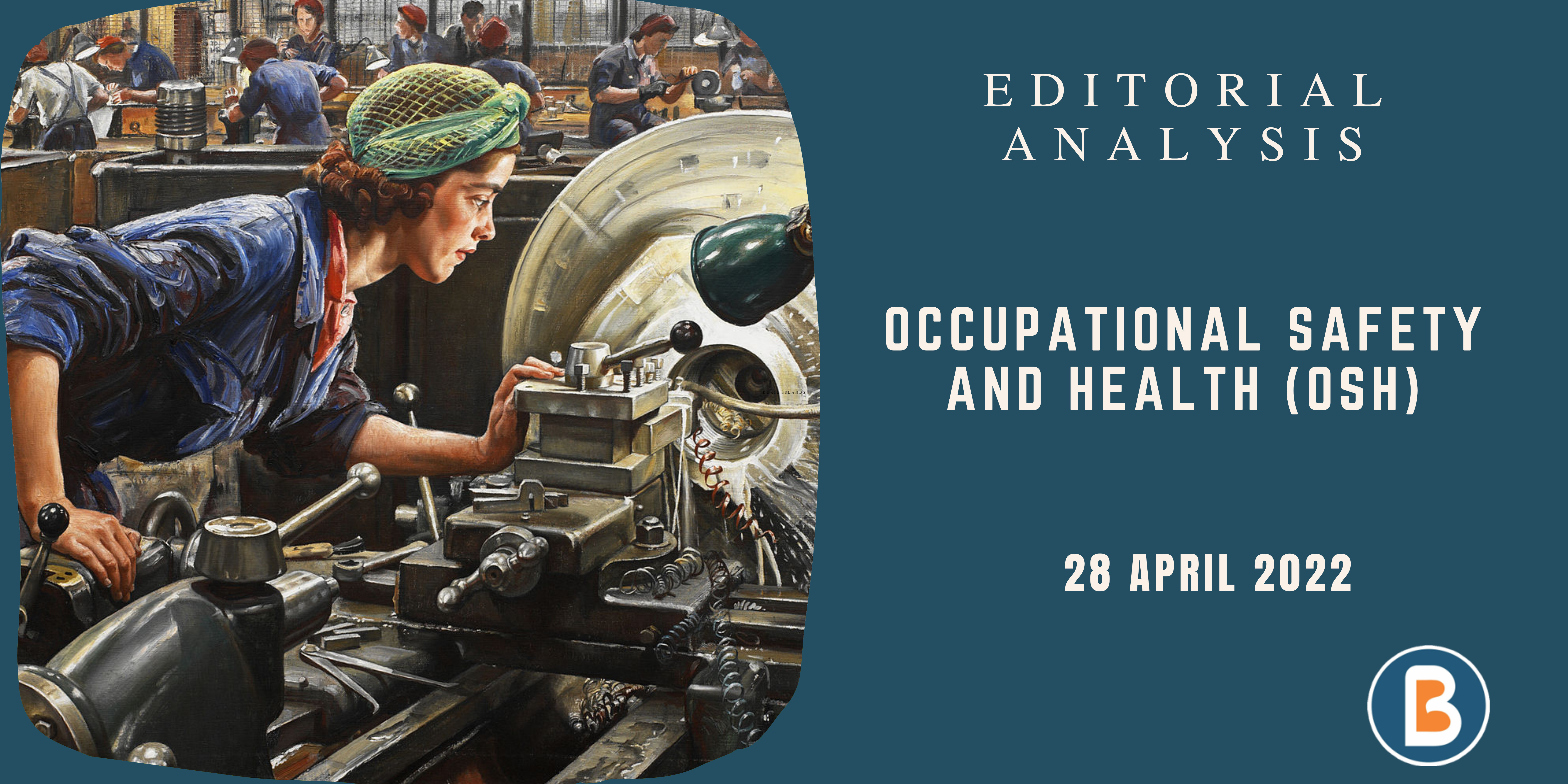 • Globally, an estimated 2.9 million deaths and 402 million non-fatal injuries are attributed to occupational accidents and diseases.

• Occupational sickness and accidents account for 5.4 percent of worldwide GDP each year.
• They manifest as presenteeism (working less effectively), productivity losses associated with persistent impairment, and employee turnover costs, but less tangibly (i.e., loss of skilled staff).
• In February 2009, the Indian government issued the National Policy on Workplace Safety, Health, and Environment, and in 2018, the National OSH Profile was published, compiling all accessible OSH data.
• The development of a strategic National OSH Program is the next critical step.
• The effective implementation of the 2020 code of OSH and working conditions is expected to extend OSH protection to more sectors, particularly informal workers, who account for nearly 90% of India’s workforce, as well as provide fair and effective labour inspections, which has been gradually decreasing.

• For extending OSH coverage, India has several good techniques.
• The government of Uttar Pradesh held participatory OSH training sessions for metal and garment home-based workers in collaboration with employers and workers.
• Because the majority of these people operate in the informal economy, other occupational health and safety measures are unable to reach them.
• The Kerala government used participatory OSH training approaches developed by the International Labour Organization (ILO) and went out to small building sites for OSH improvements.
• For the prevention of occupational lung diseases, the Rajasthan government raised OSH awareness among workers and employers at stone processing plants. • Victims and their families suffer enormous pain and loss as a result of workplace injuries and diseases.
• Furthermore, they result in economic losses for businesses and economies.
• As a result, strong social dialogue mechanisms for appropriately addressing occupational safety and health, as well as adequate investment in prevention, will contribute to the development of a safe and healthy workforce, as well as the support of productive enterprises, which are the bedrock of a sustainable economy.