Rubber Plantation in the North-East 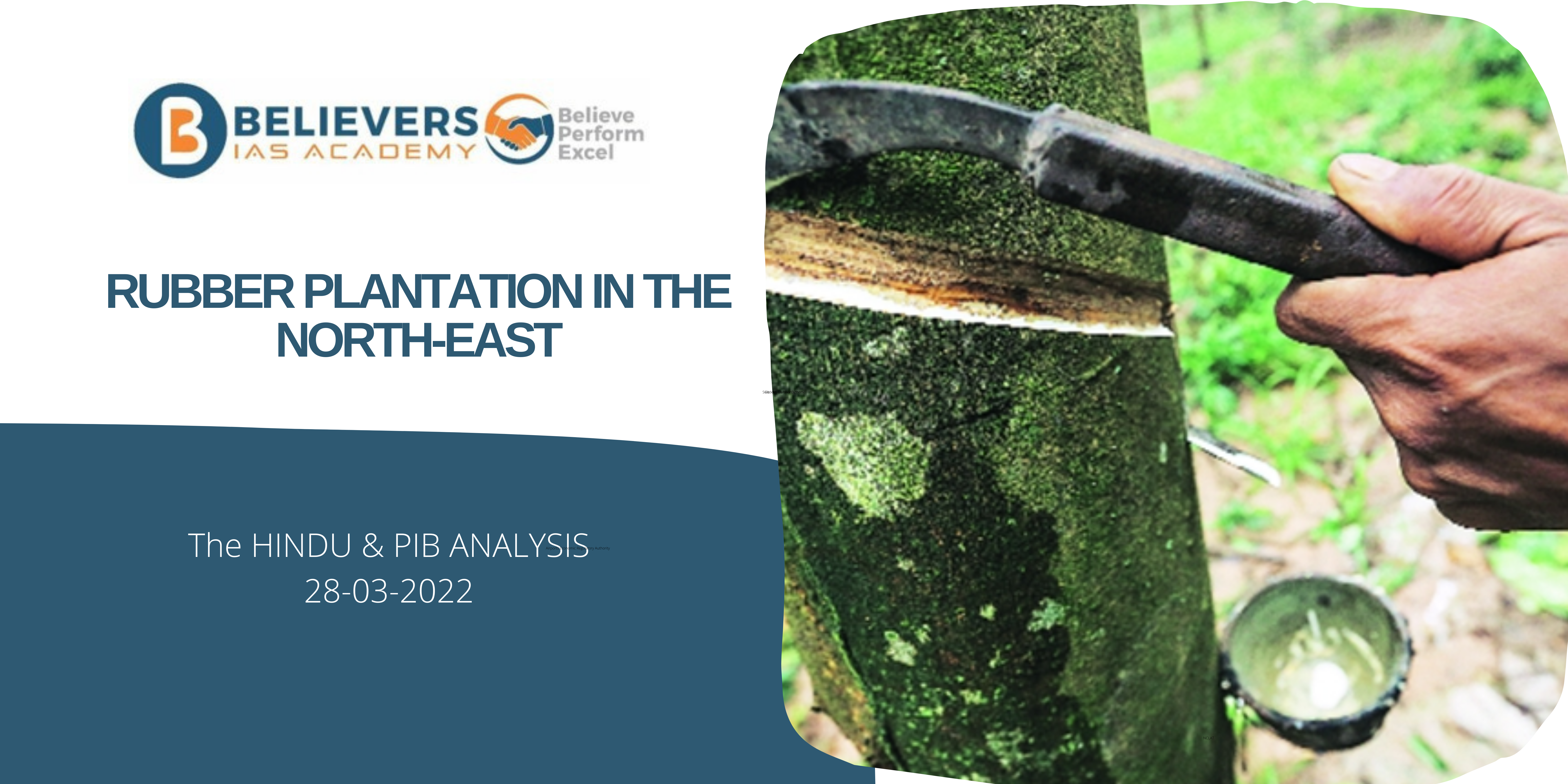 Rubber Plantation in the North-East

• Rubber Board had planned to plant over two lakh hectares of rubber North Eastern region.
This has triggered a huge demand in the nurseries in the state of Kerala.

The north-eastern region has a huge potential in accommodating this type of plantation.
This can also help in increasing the employment rate in the north eastern region.
Tripura was the first country to experiment with rubber cultivation being the first non-traditional area in the country to do so.
The total area under cultivation of rubber in the Northeast is around 1.9lakh hectares, Of which 60,000 ha is in Tripura.
Around 85% of rubber production in the country happens in Kerala and some parts of Tamil Nadu which are considered as traditional areas of rubber cultivation
The 2020-21 budget had made a provision of Rs.221 crores for the same purpose.

The rubber Board has come out with a credit linked rubber plantation development programme.
This programme is being Supported by automotive tyre manufacturers Association and the national bank for agriculture and rural development.
This has given life to many nurseries in the state of Kerala, according to few reports over 30% of the nurseries in Kerala are already in the process to supply.