Significane of Mariupol for Russia 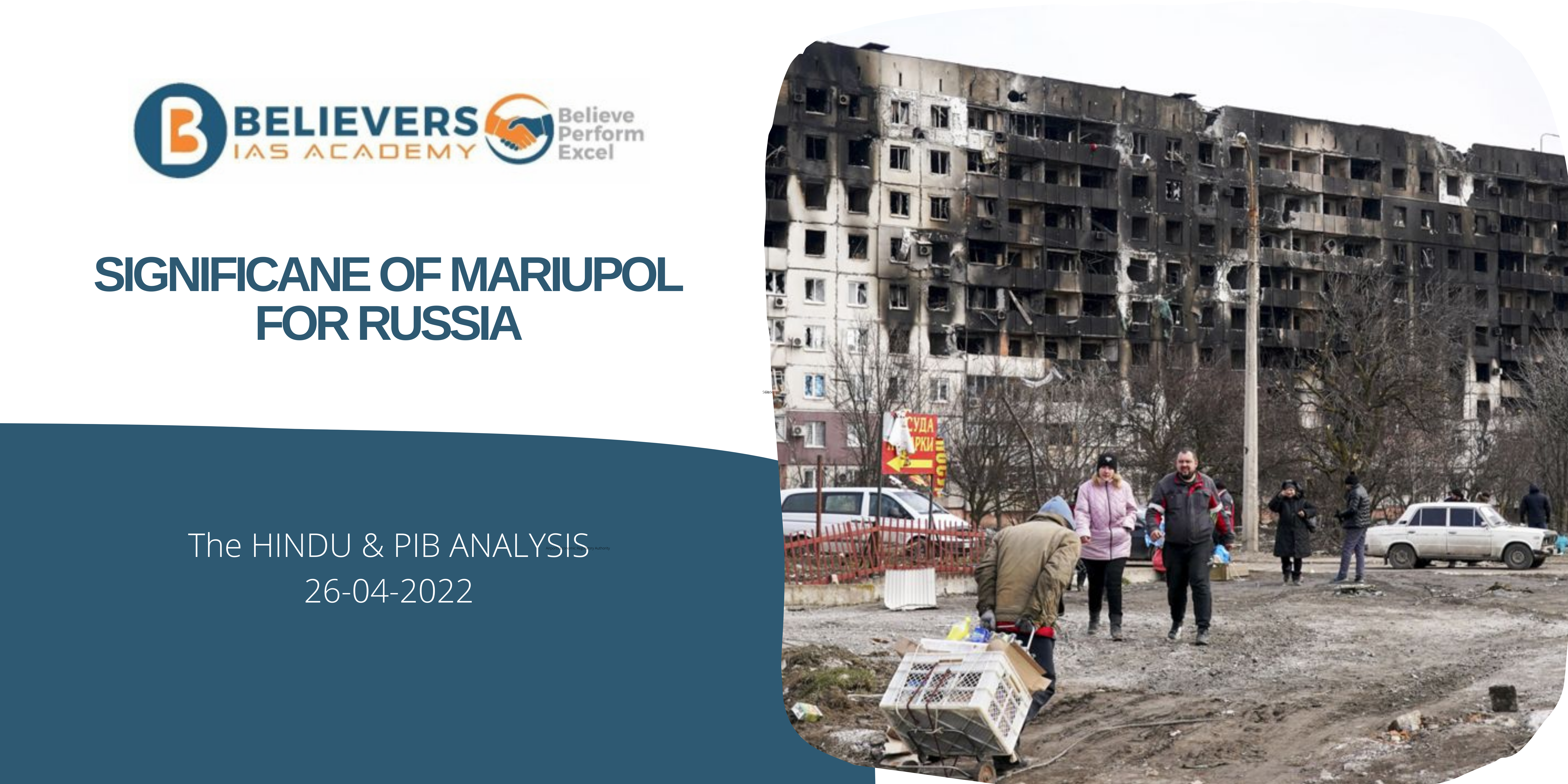 Significane of Mariupol for Russia

• Mariupol, which is part of the industrial region in eastern Ukraine known as the Donbas, has been a key Russian objective since invasion began.

• Mariupol, which is part of the Donbas industrial region in eastern Ukraine, has been a main Russian target since the invasion began on February 24.
• Capturing the city would open the way for the construction of a land corridor connecting Russia’s border with Ukraine’s Crimean Peninsula, which Moscow annexed in 2014.
• It would also deprive Ukraine of a significant port as well as valuable industrial assets. • Mariupol was defended by some of Ukraine’s strongest forces.
• The 36th Marine Brigade, Interior Ministry troops, border guards, and the Azov Regiment of the national guard were among them.
• The regiment is a seasoned volunteer force largely regarded as one of Ukraine’s most proficient groups, and Russia has singled it out as a special villain due to its far-right ideology.
• Moscow has deployed fighters from Chechnya, known for their ferocity, to wage street battles in Mariupol.
• Chechnya’s Moscow-backed leader, Ramzan Kadyrov, has repeatedly boasted on social media about defeating Ukrainians in Mariupol, but the fight has continued. Why there is a delay?

• According to Moscow, a few thousand Ukrainian forces remained at the facility, which encompasses nearly 11 square kilometres.
• Around 1,000 citizens were also trapped in the facility, according to Ukrainian President Volodymyr Zelenskyy.

• Azovstal contains a 24-kilometer maze of underground tunnels and passages, allowing its defenders to move around freely in order to fend off Russian invasions.