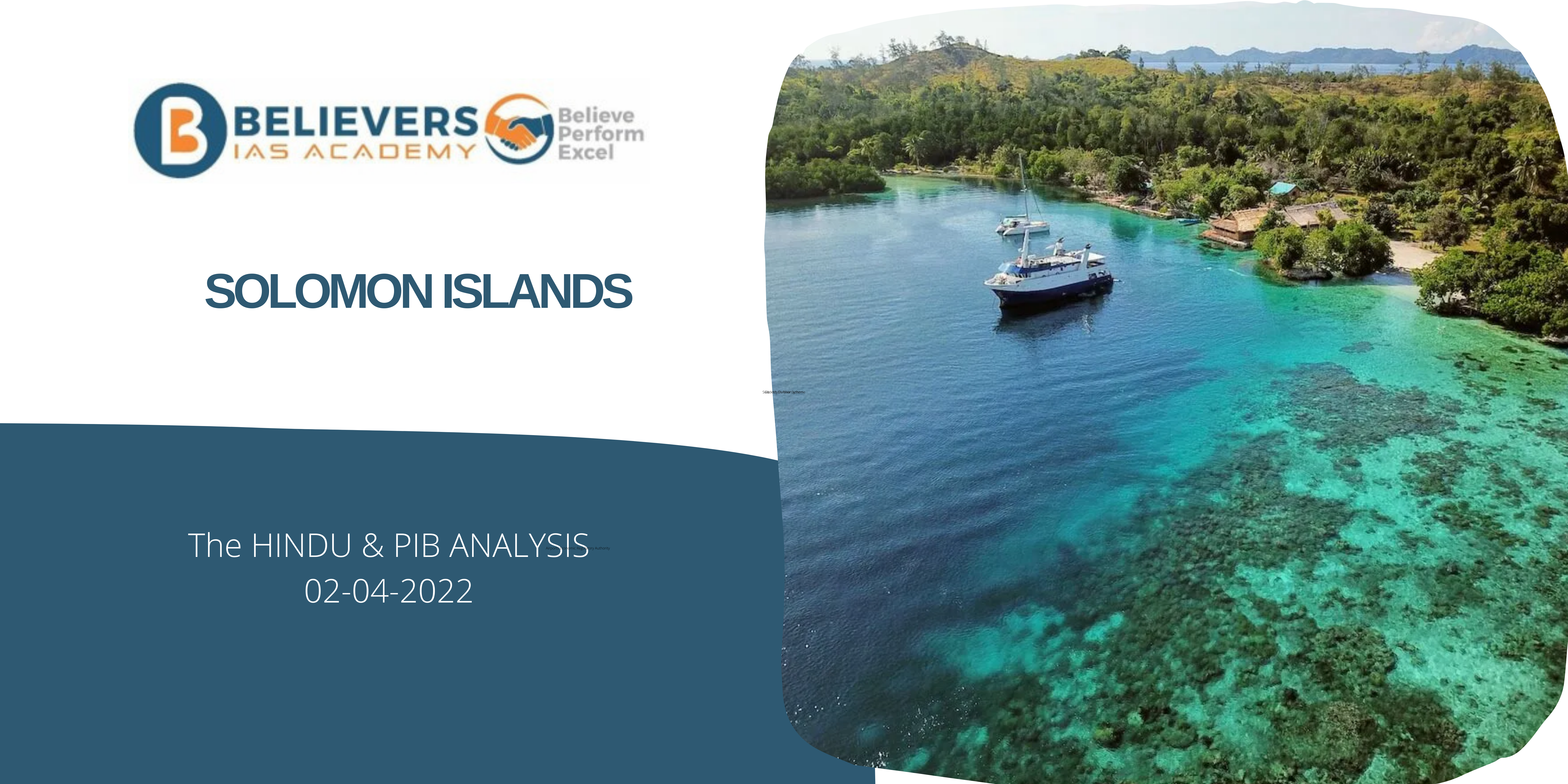 • Solomon Islands Prime Minister Manasseh Sogavare said recently that his government would not allow a Chinese military base to be built in his country “under its watch” as he defended a pending security agreement with Beijing.

• The Pacific islands region is dominated by the ever-increasing one up among the countries constituting Micronesia, Melanesia and Polynesia.
• China has started to court the above countries in an effort to expand its diplomatic and military profile in the Pacific Islands.
• China, which wishes to expand its maritime and economic profile has started to court the Pacific island nations.
• According to the Singapore Post, Kiribati a Micronesian country is discussing opening up its largest marine reserves to commercial fishing which may serve a dual purpose like a naval base for the Chinese as well.