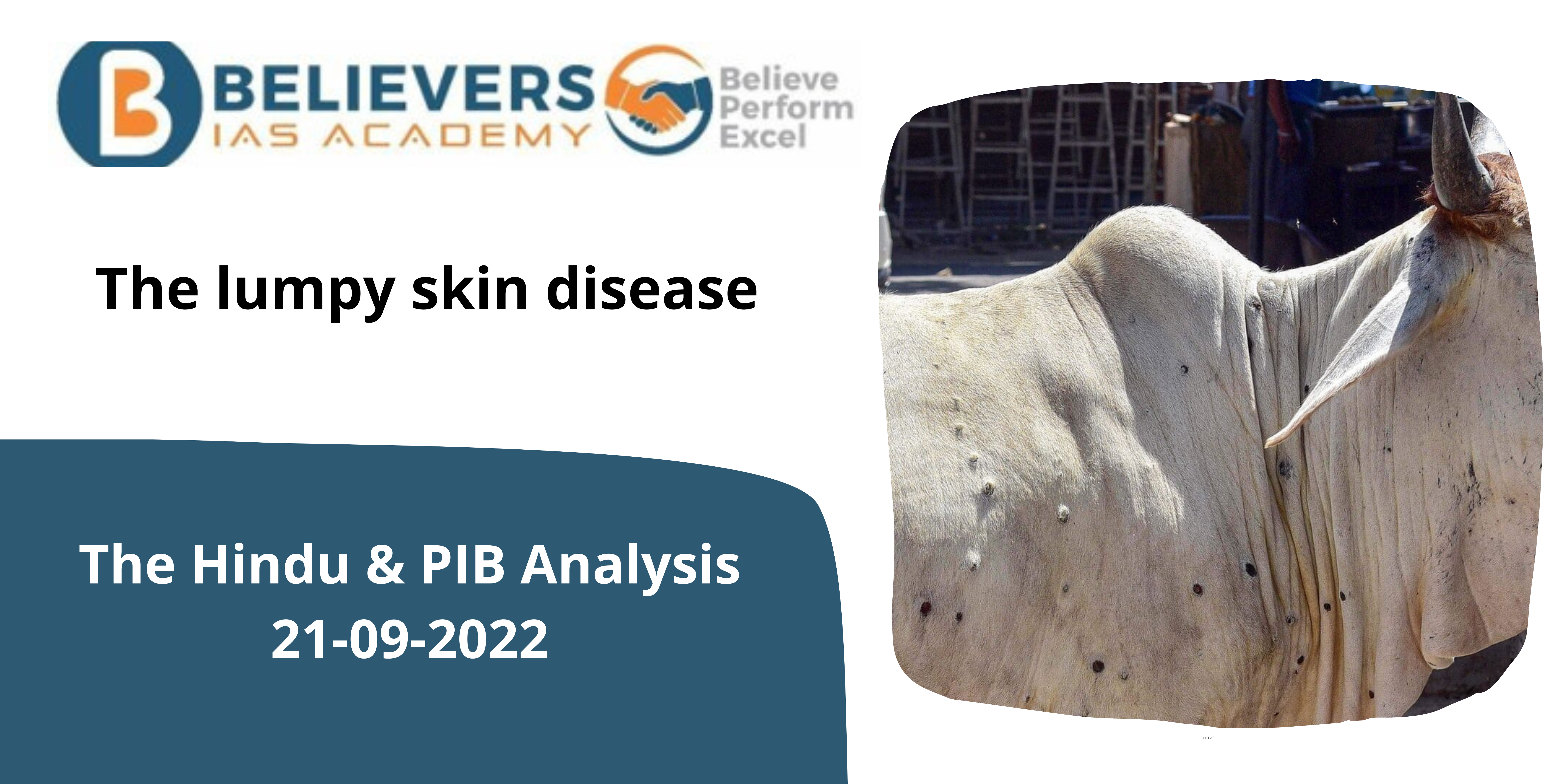 The cost of LSD:

The FAO has suggested a set of spread-control measures for LSD, such as;

The Union Ministry of Fisheries, Animal Husbandry and Dairying has told that the ‘Goat Pox Vaccine’ is “very effective” against LSD and is being used across affected States to contain the spread.

Indian Council of Agricultural Research (ICAR) have developed an indigenous vaccine for LSD, which will be available commercially in the next three to four months.