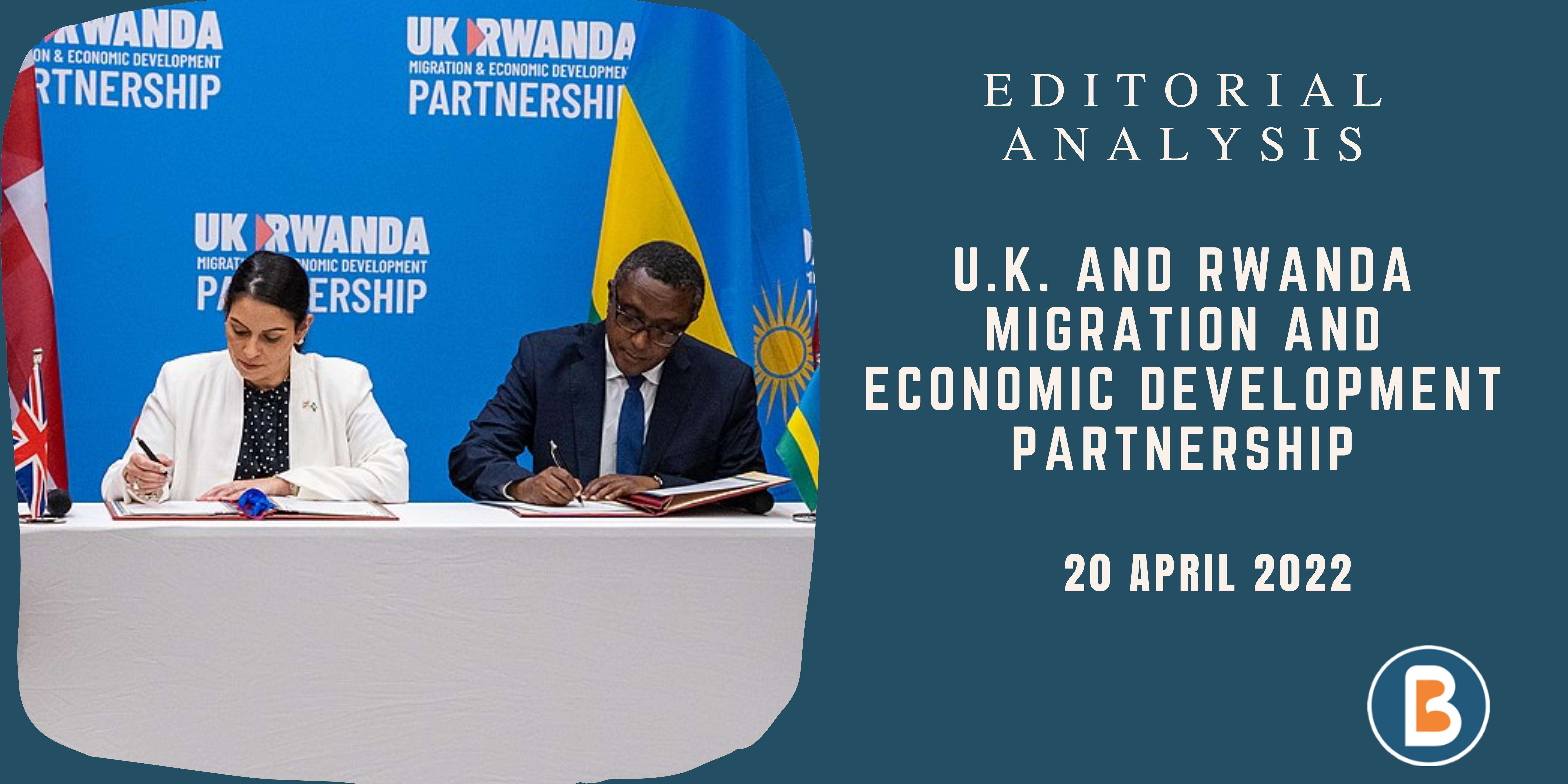 • The Rwanda deal is the operationalisation of a key objective in the the U.K. Nationality and Borders Bill, 2021, which is to “deter illegal entry into the United Kingdom, thereby breaking the business model of people smuggling networks.

• Under the terms of the agreement, Rwanda will serve as a holding centre for asylum seekers while the Rwandan government makes decisions on their asylum and resettlement claims.
• According to the UK government, this is to prevent “people smugglers,” who charge vulnerable migrants exorbitant fees to transport them on unseaworthy boats from France to England, which frequently result in mass drownings.
• The United Kingdom will pay £120 million to Rwanda, cover all operational costs, and provide a set sum for each migrant.

• Since 2018, the number of refugees and asylum seekers attempting perilous crossings between Calais, France, and Dover, England, has increased dramatically.
• The number of people in this category increased from 297 in 2018 to 28,431 in 2021.
• The majority of these migrants and asylum seekers come from war-torn nations such as Sudan, Afghanistan, and Yemen, as well as developing countries such as Iran and Iraq.
• These crossings are an immigration dilemma for Britain’s Conservative Party administration, which has taken a harsh position against illegal immigration.
• The Nationality and Borders Bill, 2021, which is still being debated in the United Kingdom, empowers the British government to deprive someone of their citizenship without warning in “extraordinary circumstances.”

• The UK government argue that the migrants are vulnerable to many threats due to which there many loss of lives.
• People smugglers who often charge exorbitant prices from vulnerable migrants to put them on unseaworthy boats from France to England often lead to mass drownings.
• Rwanda, for its part, will accept anyone who is not a kid or has no criminal past.
• A migrant in the United Kingdom will be given five days to file an appeal, failing which they will be granted a one-way ticket to Rwanda and become the Rwandan government’s responsibility.