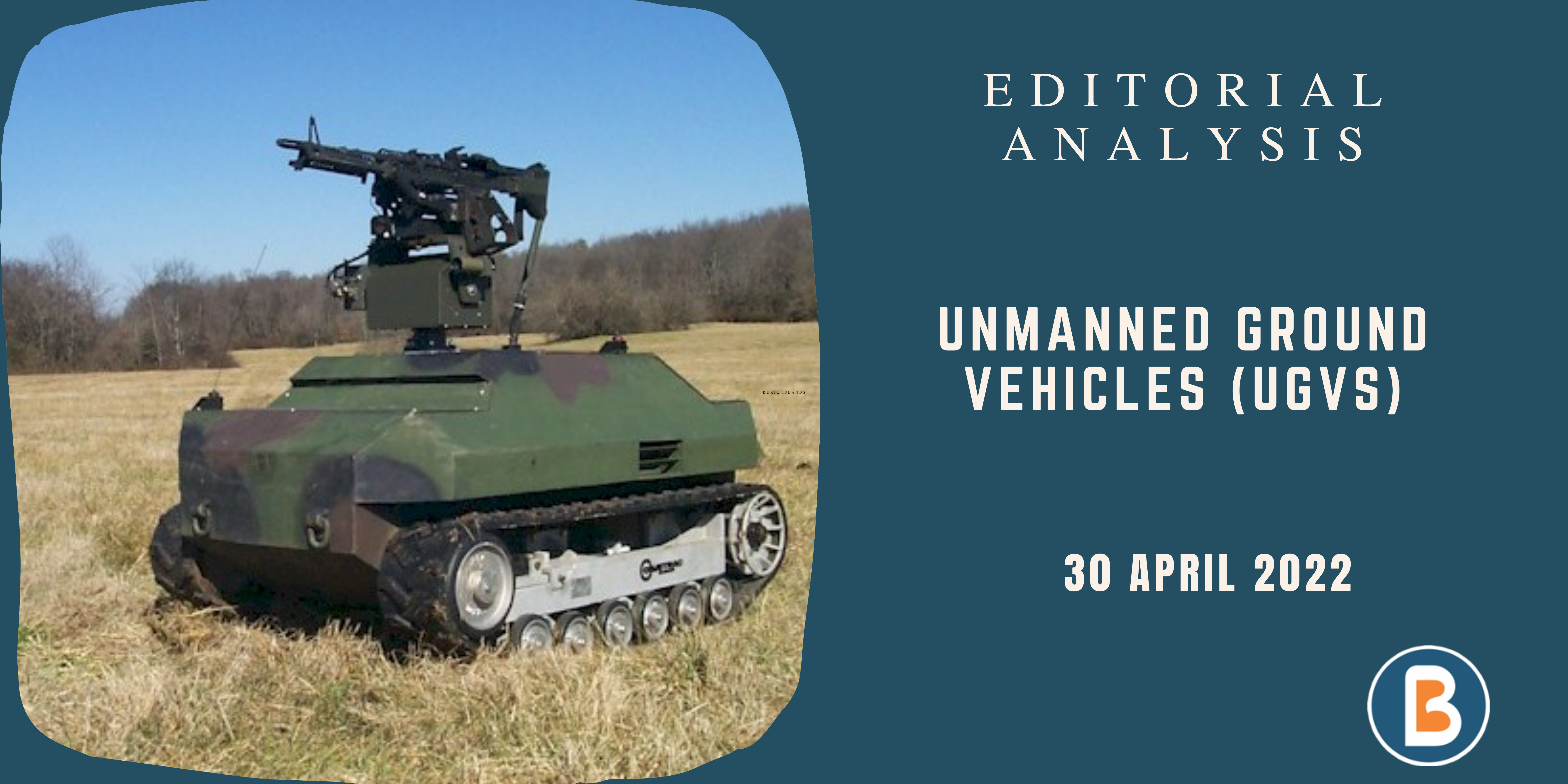 • Unmanned Ground Vehicles (UGVs) will definitely play an increasingly important part in future military land operations.
• It’s critical to integrate combat vehicles and give them autonomy in order to avoid casualties in warfare.
• Furthermore, the future of the battlefield will be defined by the integration of many autonomous systems as part of a cohesive platform for military innovation.
• The UGV period is still in its infancy and is currently in a dormant phase.
• However, geopolitical events and wars throughout the world have piqued interest in the revolutionary potential of unmanned systems, resulting in a resurgence of interest in UGVs, aided by rapid breakthroughs in robotics technology, artificial intelligence, and machine learning.

• Advanced Driver Assist Systems (ADAS), which define and control trajectories, are crucial in the development of autonomous vehicles.
• Vision sensor, LIDAR, Radar, Ultrasonic Range, GPS, and Inter-Vehicle communication sensor are among the sensors utilised in the systems. UGVs typically have three stages of mobility: teleoperation, computer-assisted driving, and autonomous control.

What are the latest advancements in the UGV’s?

• Countries including the United States, the United Kingdom, Russia, and Israel, who have been at the forefront of research and development in this field, have now moved their focus to autonomous ground vehicles.
• Last year, the Small UGV segment had the most dominance in this field, with growing deployment of small UGVs for search and rescue, ISR missions, and other military operations.
• The convergence and breakthroughs in robotics and disruptive technologies such as AI, Data Science, ML, Virtual Reality, Augmented Reality, Internet of Things (IoT), and Cloud Computing will be credited to the revolutionary impact of UGVs on the future battlefield.

• One of the most significant obstacles to autonomous vehicles is technological innovation, which is still not at a point where the perception of the surroundings is completely predictable, and there are still numerous unknown risks.
• Another issue is a lack of communication technologies, as well as planning, policies, and laws.
• Because AVs will become an indispensible part of our lives, it is critical to understand the military’s future technology requirements, as the future battlefield will be a slew of high-tech, unmanned systems that will overcome the challenges of sustaining legacy forces while keeping human combatants safe.