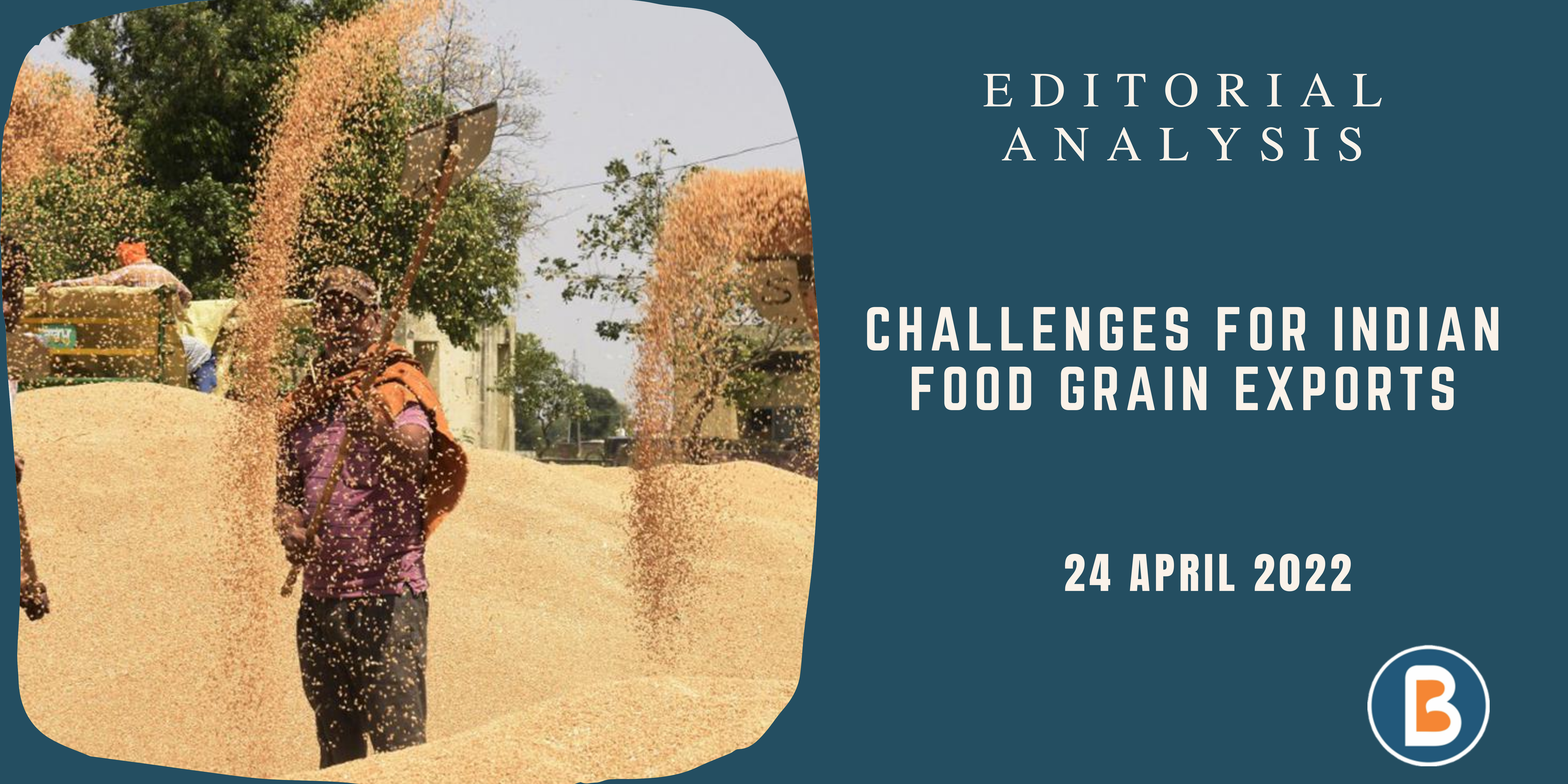 • Director-General, World Trade Organization (WTO), is looking into resolving WTO rules that are making it difficult for India to export foodgrains to meet shortages in other countries, caused by the Russia-Ukraine war, according to Finance Minister Nirmala Sitharaman.

• The world is facing a severe shortage of food amidst the Russia Ukraine conflict, this is due to the breakdown of the supply chains especially in the Black Sea region.
• At this point of time, India which has produced surplus food grains this year, is in a position where it can supply the excess to the world.
• But certain provisions of the WTO has put a brake to the easy flow of food grains across the borders of the nations.
• The main contention here is the WTO’s rule about the export of the food grains by a country that had procured food on the basis of Minimum Support Price.

• The war situation has not only brought hikes in commodity prices but has also offered opportunities to countries like India in dealing with the shortages.
• The finance minister had listed few items which are potential for exports such as foodgrain — such as wheat – and the possibility of manufactured goods being exported to destinations for which supplies had become unreliable.
• India has reached out to more than 20 countries regarding exporting wheat, and is targeting a record 15 million tonnes of wheat for export this year.
• India is expected to have a surplus this year, producing more than 111 million tonnes of the crop. • India has been chastised in the United States and elsewhere for failing to take a firmer stance against Russia and for failing to criticise its aggression against Ukraine explicitly.
• The US has also been urging India to hold off on increasing its Russian oil purchases at this time.

• Ms. Sitharaman cited recent events such as the India-US ‘2+2’ meetings, the Biden-Modi summit virtual meeting last week, and India’s consideration of the soon-to-be-announced Indo-Pacific Economic Framework (IPEF) – the Biden administration’s economic cooperation framework for the Indo Pacific – as evidence that “more and more windows of opportunities are opening,” rather than the US keeping India at a distance because of India’s “calibrated”