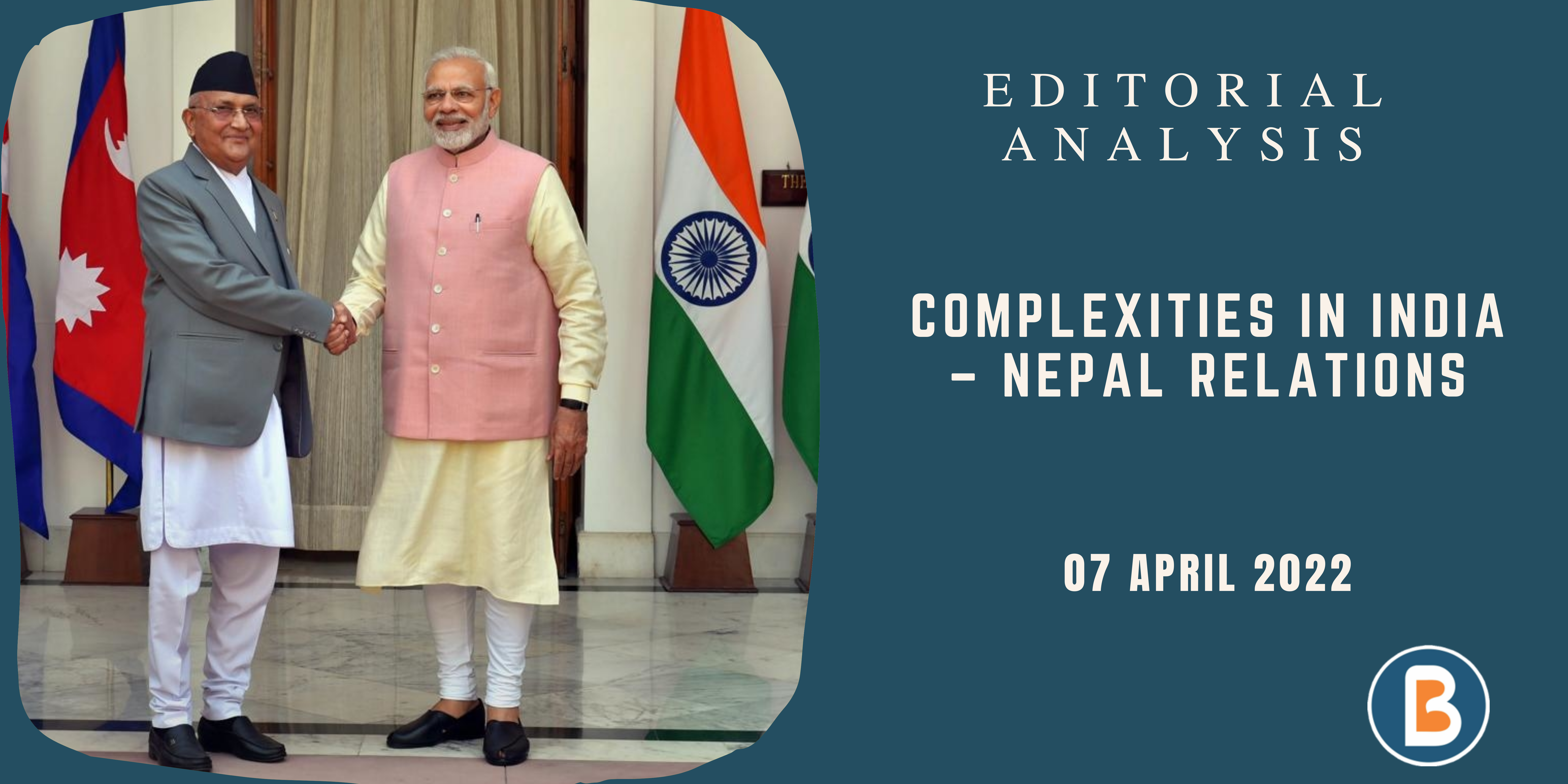 • The Nepal Prime Minister, Sher Bahadur Deuba, paid a long-awaited visit to India last week this was his first bilateral visit abroad, in keeping with tradition.

How is the relationship now?

• India’s relations with Nepal have seen both ‘highs’ and ‘lows’ in recent years. Prime Minister Narendra Modi has frequently emphasised the need of “neighbourhood first” policies.
• He began with a highly successful visit in August 2014, but the relationship deteriorated in 2015, with India being blamed for intervening in the Constitution-drafting process and later for a “unofficial blockade” that stoked broad anti-India sentiment.
• It reaffirmed the idea that anti-Indianism and Nepali nationalism were two sides of the same coin.

• China has overtaken India as the largest source of foreign direct investment.
• Annual development assistance has been hiked to $120 million. Today, China is also engaged with airport expansion projects at Pokhara and Lumbini. Rather than compete with China, India needs to up its own game.
• The growing Chinese presence means that India cannot afford to let issues linger but reach out actively to find resolution.

• The Mahakali Treaty, signed in 1996 covers the Sarada and Tanakpur barrages as well as the 6,700 MW (approximately) Pancheshwar Multipurpose project. Both sides have agreed to push for an early finalisation of the detailed project report.
• The ambitious $7 billion project needs political will to move it forward.

• The political narrative has changed in both countries and these issues can no longer be swept under the carpet or subsumed by invoking a ‘special relationship’ based on ties of a shared culture, language and religion.
• The Nepali authorities sought the 1950 Treaty of Peace and Friendship in 1949 to maintain the special relations they enjoyed with British India.
• It establishes an open border and the right of Nepali nationals to work in India. However, it is now seen as an indication of an unequal relationship and an imposition by the Indians.
• Since the mid-1990s, the concept of reforming and upgrading it has been mentioned in Joint Statements.