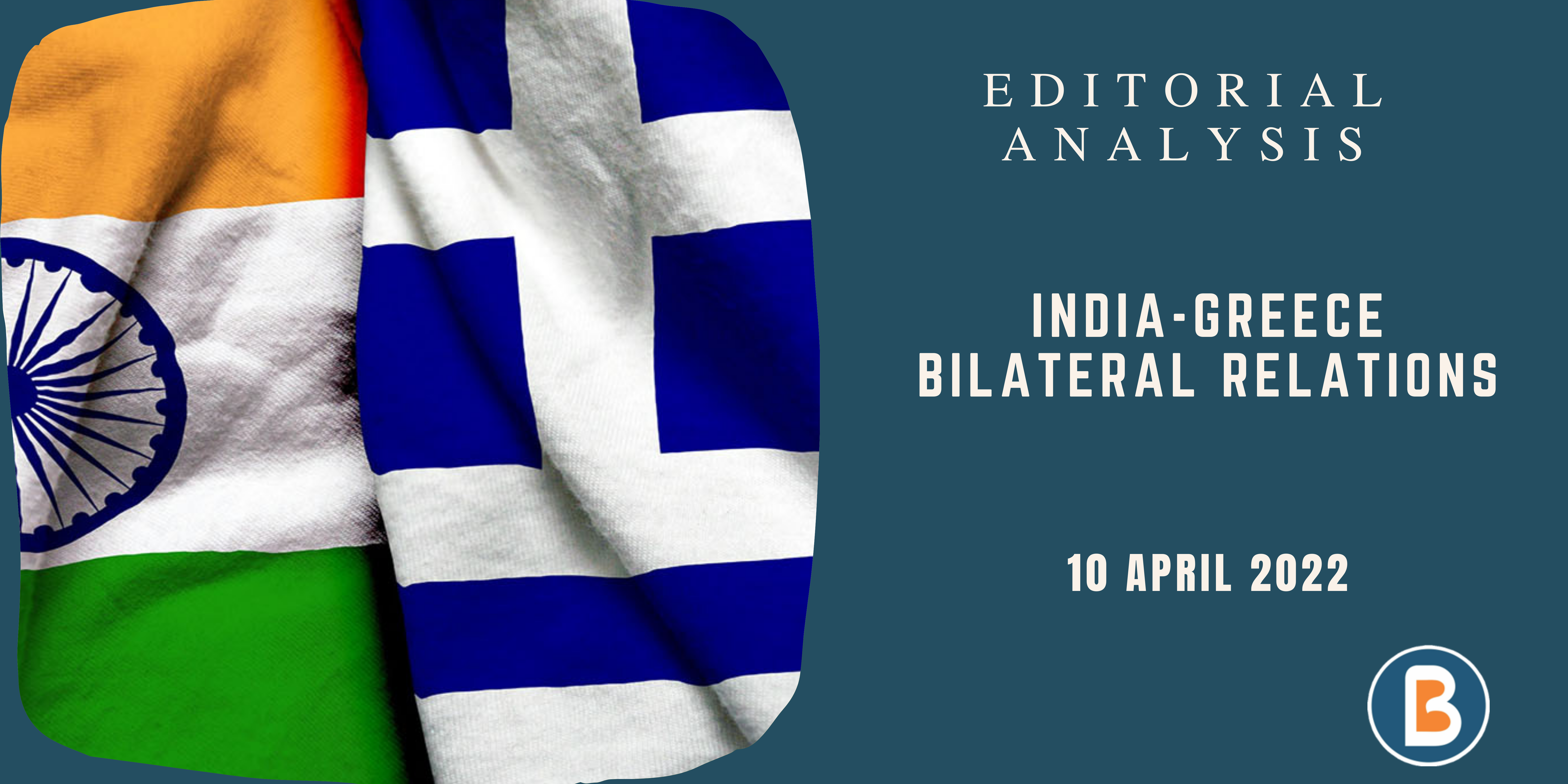 • India, geographically placed in South Asia, controls the Indian Peninsula’s continental landmass as well as the enormous expanses of the Indian Ocean.
• India’s western strategic interests stretch from the Indian Ocean to the Eastern Mediterranean, where Greece, a traditionally sea-oriented country, is located.
• The control of water channels connecting Europe and India is also important for India’s economic security.
• India can project its ever-growing capacities over larger territories due to its demographic and strategic weight of 1.3 billion people.
• India’s stature as a global player has grown in recent years as it has pursued a more active foreign policy.
• In this context, India can consider the possibility of forming a strategic cooperation with Greece.

• Greece is a member of both NATO and the European Union, and its location in the Eastern Mediterranean Sea places it within the Western security network.
• Greece hopes to be a vital link between Europe, the Eastern Mediterranean states, and the Gulf, with India at its easternmost tip.
• Greece has emerged as a dynamic independent sea power in the Mediterranean, upgrading its military capabilities, diplomatic network with allies, particularly the United States (US) and France, as well as with Israel and Arab states, and outward-looking diplomatic initiatives as an independent actor and EU member.
• A new international order is emerging, bringing together three main seas (the Mediterranean Sea, the Red Sea, and the Gulf) and three continents (Europe, Asia, and Africa).
• The incorporation of India as the network’s major pole will result in a powerful bloc spanning Europe and the Mediterranean Sea all the way to the Indian Ocean and the Himalayas.
• A few major efforts have already been done to promote relations between the two countries, and certain specific further steps can help to strengthen and expand India-Greece strategic collaboration.

• Greece is a seafaring nation and it currently hosts one of the greatest merchant fleets around the world, Greece can offer its support for the Free and Open Indo-Pacific (FOIP) initiative to promote peace, stability and freedom of navigation in the Pacific Ocean.