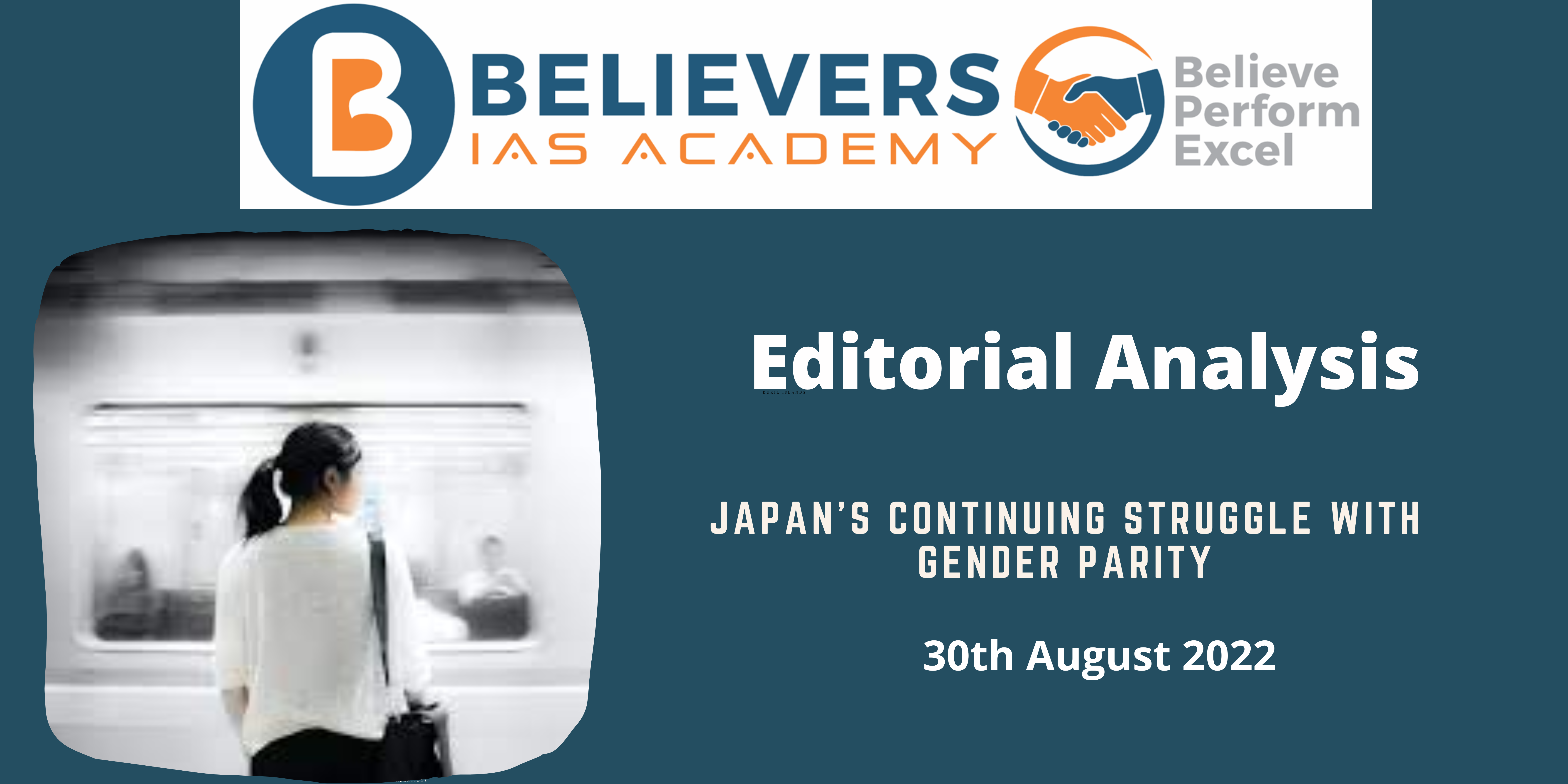 About Japan and Gender

The reasons for this inconsistency:

The consequences of this?

What has Japan done?

What needs to be done