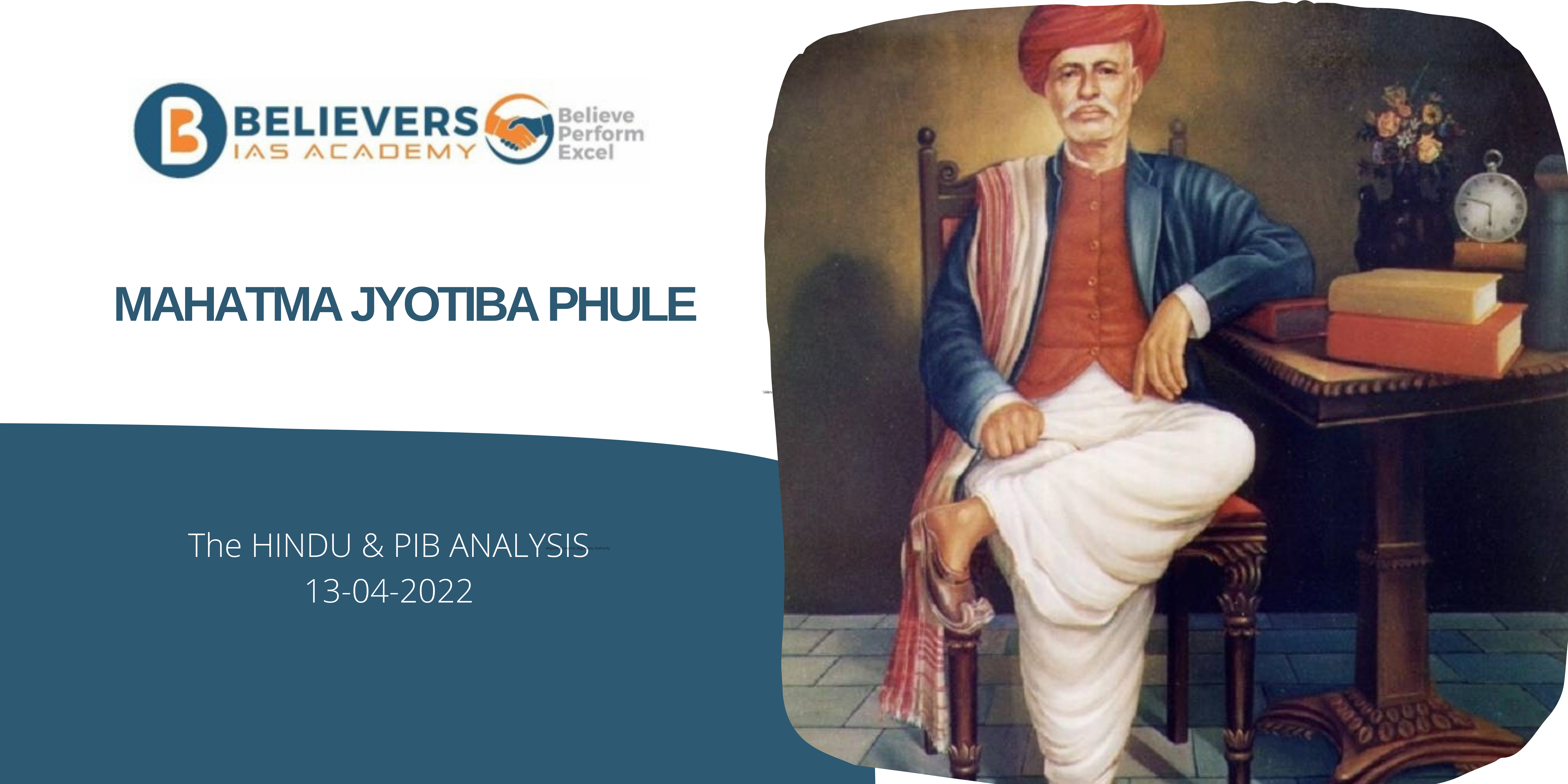 • The Prime Minister, Shri Narendra Modi has paid tribute to the great social reformer, philosopher and writer Mahatma Jyotiba Phule on his birth anniversary.
• The Prime Minister said that Mahatma Phule is widely respected as a champion of social justice and source of hope for countless people and worked tirelessly for social equality, women empowerment and boosting education.

• Jyotirao Phule was an Indian social activist, thinker, anti-caste social reformer and writer from Maharashtra.
• He born on 11th April, 1827 and belonged to the Mali caste of gardeners and vegetable farmers.
• He was influenced by Thomas Paine’s book “The Rights of Man”
• His motto was to uplift the conditions of women and those who belonged to lower castes.
• Phule along with his followers formed Satyashodhak Samaj in 1873 which meant ‘Seekers of Truth’ .
• This was aimed to achieve just socio-economic benefits for everyone in the society.
• He was bestowed with the title of Mahatma on 11th May, 1888 by a Maharashtrian social activist Vithalrao Krishnaji Vandekar.
• He was appointed commissioner to the Poona municipality and served in the position until 1883.