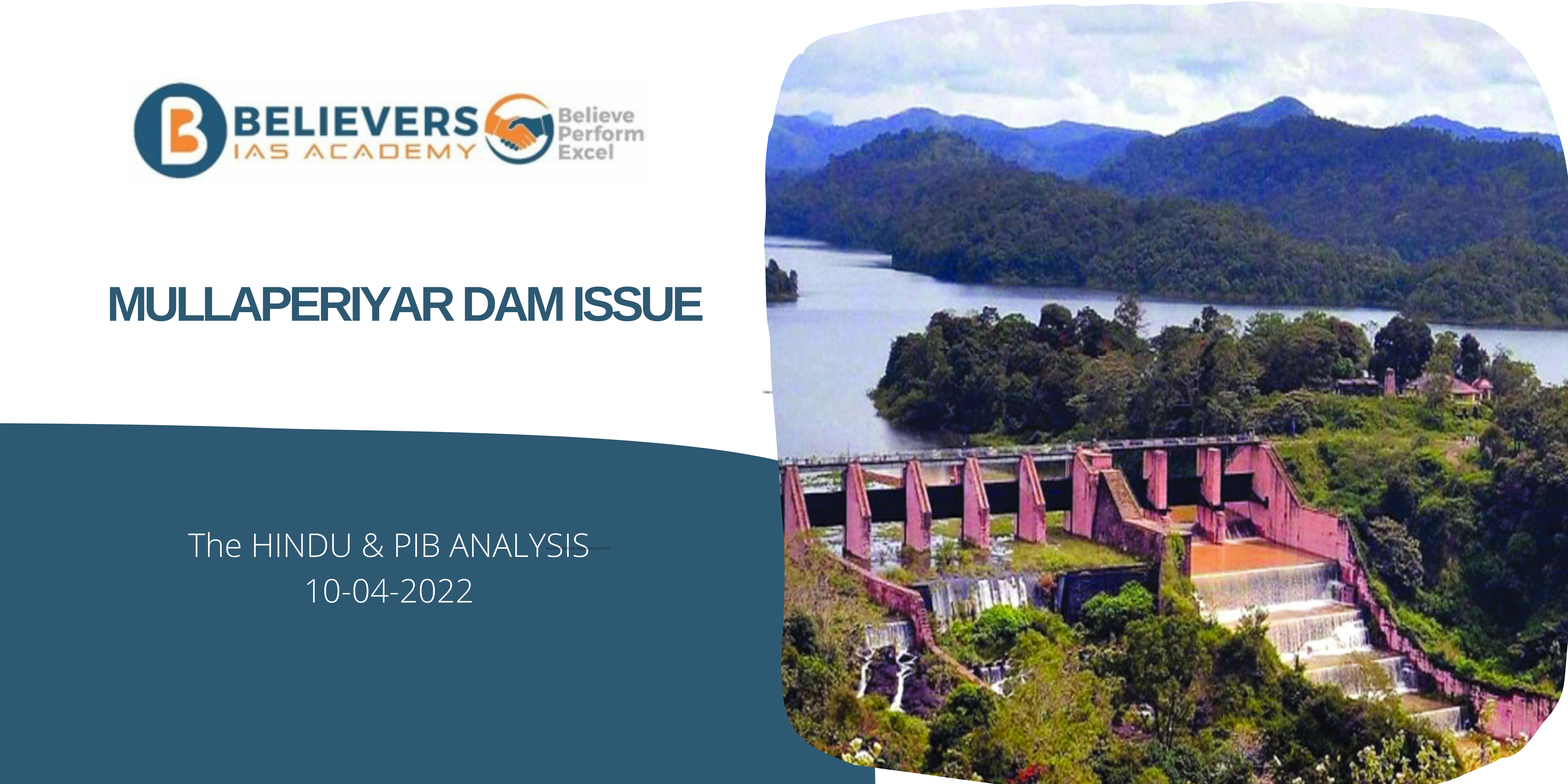 • Recently, the Supreme Court ordered the reconstitution of the Mullaperiyar dam’s supervisory committee, which will include one technical expert each from Tamil Nadu and Kerala (the two States involved in the dispute concerning safety of the dam) and empowered the panel with functions and powers on par with those of the National Dam Safety Authority (NDSA), a body envisaged under the Dam Safety Act, 2021.

• Located in Idukki district of Kerala, the 126-year-old Mullaperiyar dam is owned, operated and maintained by Tamil Nadu for several purposes, including irrigation, drinking water supply and hydro-power generation.
• There are several juducual interventions into the issue since many years which ahs been a bone of contention between the two states.

About the Dam Safety Act:

• The act contains provisions related to surveillance, inspection, operation, and maintenance of the concerned dams.
• It provides for establishment of National Committee on Dam Safety with chairperson being the chairperson of the Central Water Commission.
• The act also provides for setting up of National Dam Safety Authority (NDSA) to be headed by an officer, not below the rank of an Additional Secretary, to be appointed by the central government.
• The primary functions of NDSA would be in implementing the policies formulated by the National Committee on Dam Safety, resolving issues between State Dam Safety Organisations (SDSOs), or between an SDSO and any dam owner in that state, specifying regulations for inspection and investigation of dams.
• The act also envisages constituting a State Dam Safety Organisation (SDSO) whose functions will be to keep perpetual surveillance, inspection, monitoring the operation and maintenance of dams, keeping a database of all dams, and recommending safety measures to owners of dams.