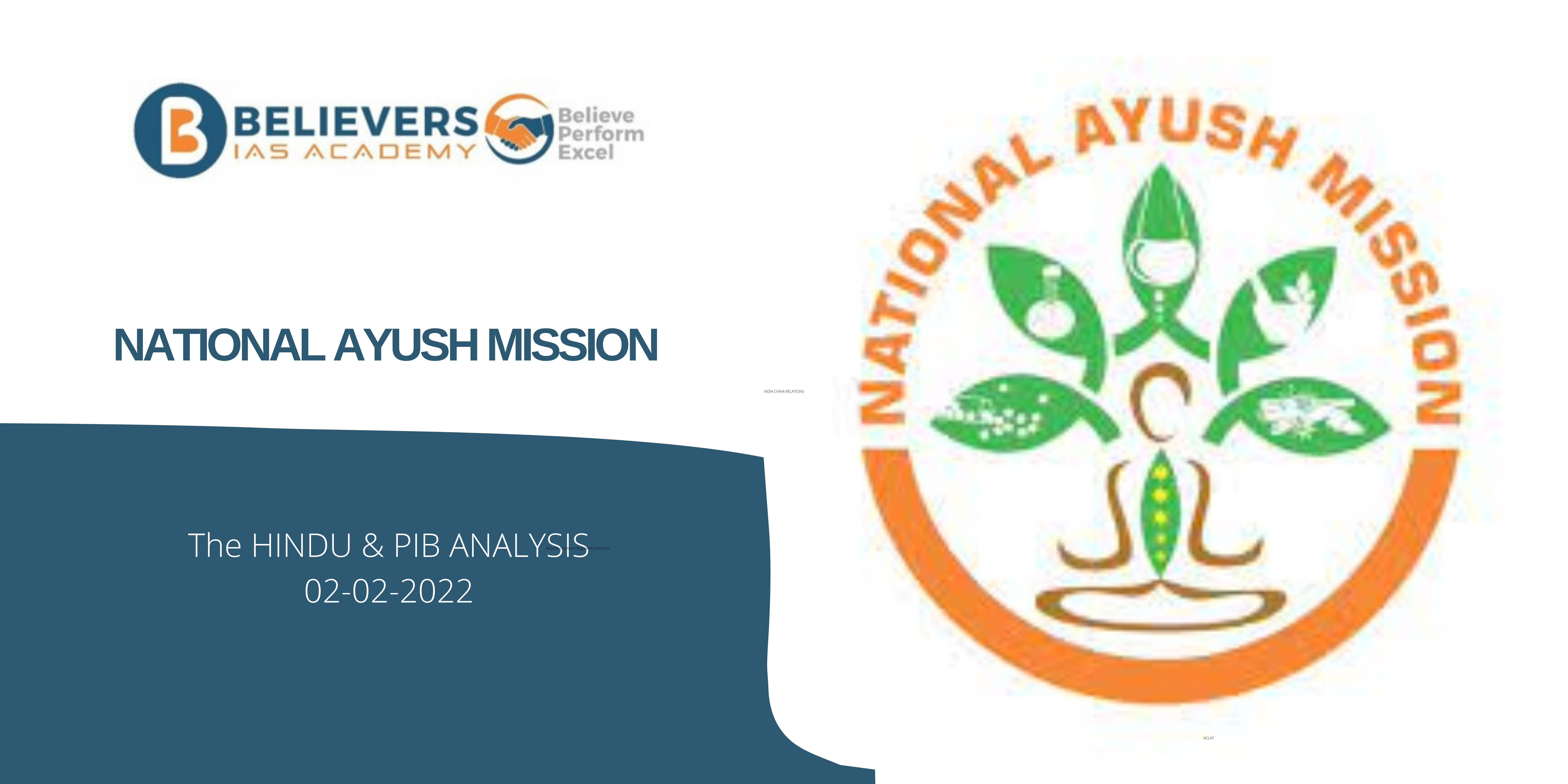 The National Ayush Mission is a centrally sponsored scheme launched in 2014 by the Department of Ayush, Ministry of Health and Family Welfare.