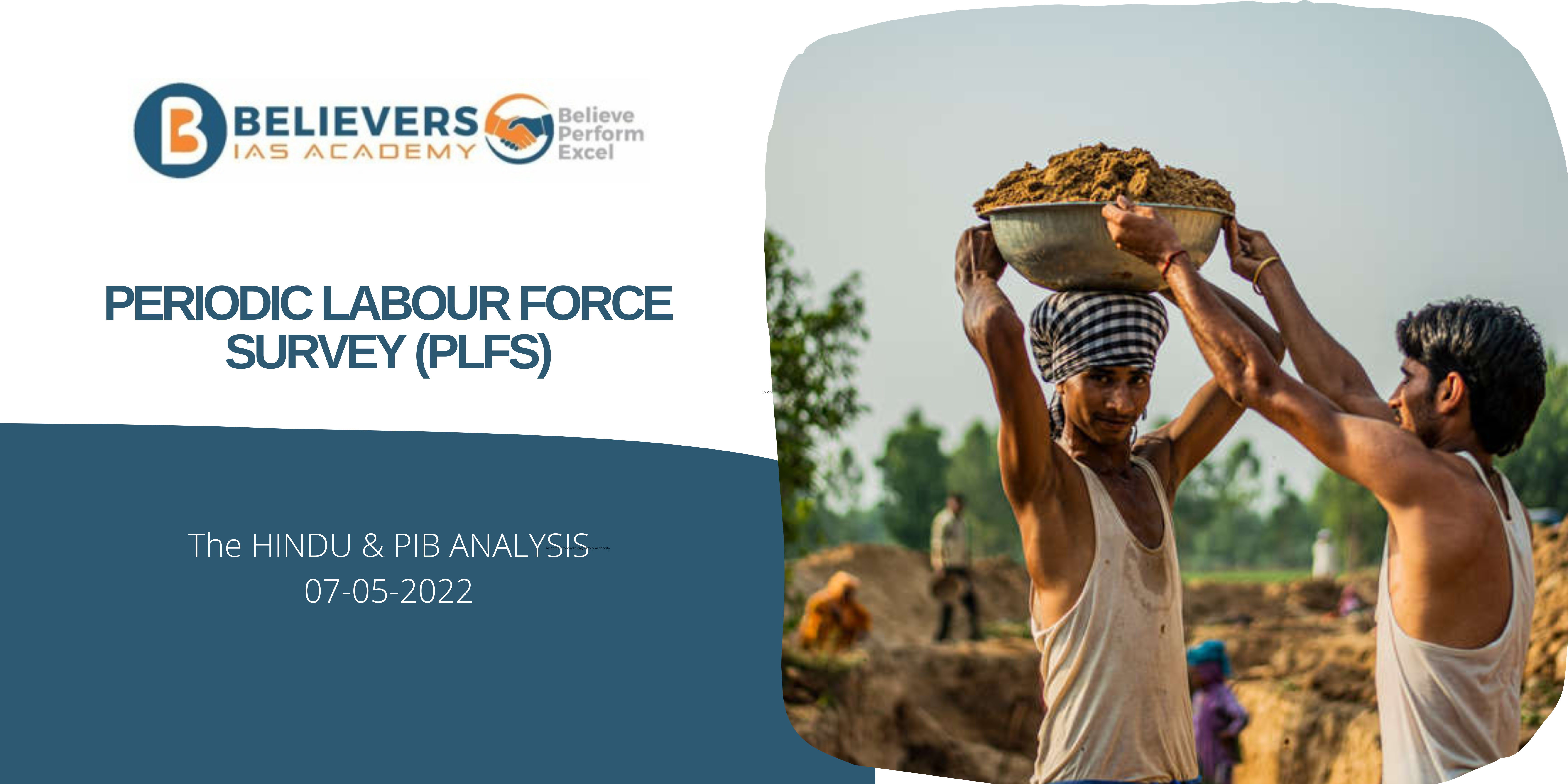 • The Ministry of Statistics & Programme Implementation has released the quarterly bulletin (Oct-Dec, 2021) of the Periodic Labour Force Survey.

When and why was it introduced?

• The data regarding the labour force is vital for any economy, considering the importance of the availability of the data the National Statistical Office in April 2017 launched the Periodic Labour Force Survey.

What are the objectives behind it?

The main objective behind bringing in PLFS is to analyse the indicators which are very significant, there are some key indicators to analyse the employment and unemployment status, they are:
a. Labour Force Participation Rate (LFPR): LFPR is defined as the percentage of persons in labour force (i.e. working or seeking or available for work) in the population.
b. Worker Population Ratio (WPR): WPR is defined as the percentage of employed persons in the population.
c. Unemployment Rate (UR): UR is defined as the percentage of persons unemployed among the persons in the labour force.
d. Current Weekly Status (CWS): The activity status determined on the basis of a reference period of last 7 days preceding the date of survey is known as the current weekly status (CWS) of the person.