Political Assassinations- Through the Ages 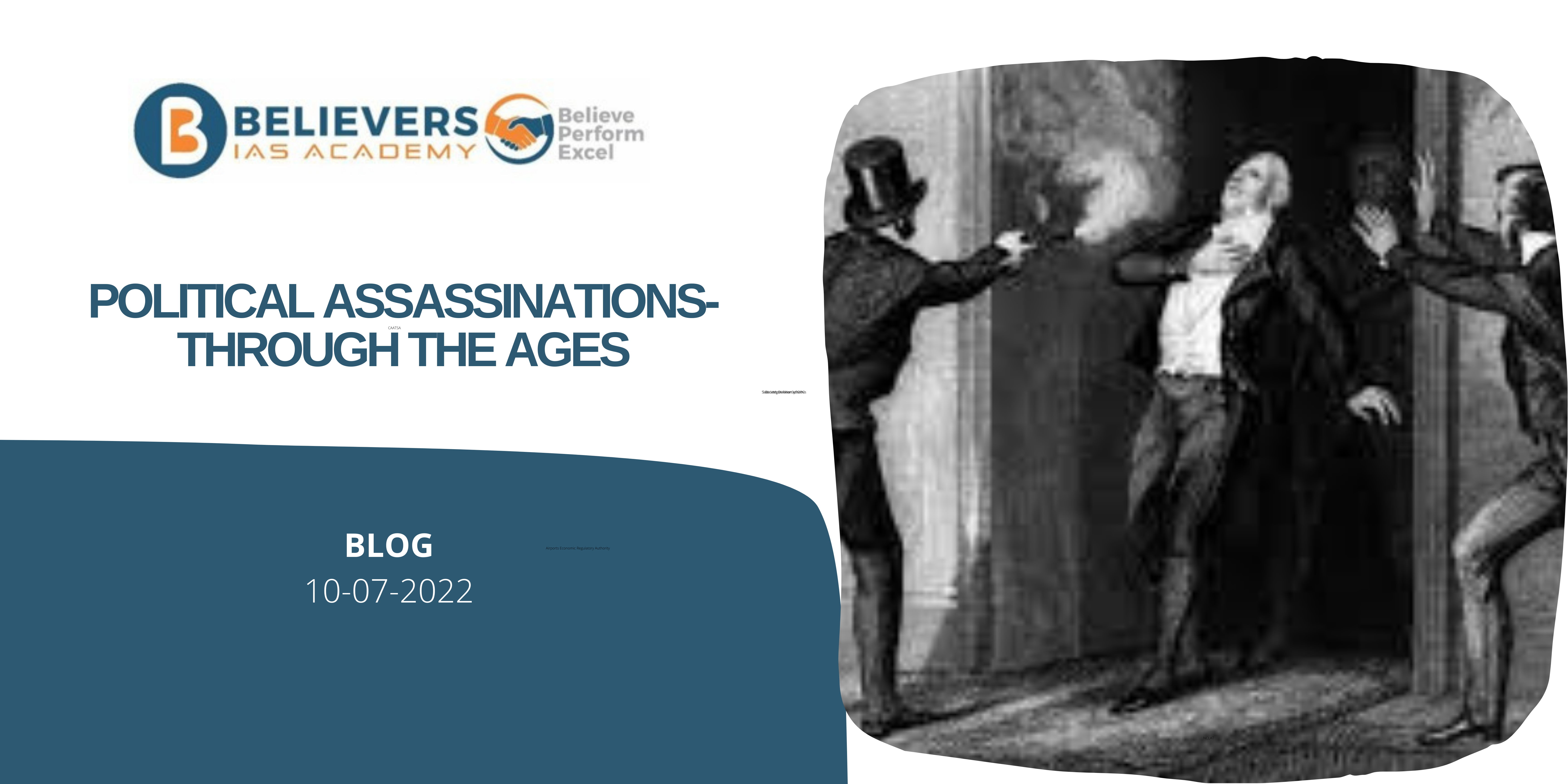 Political Assassinations- Through the Ages

The recent assassination of the former Japanese Prime Minister Shinzo Abe has again turned the world’s attention towards the reality of political assassinations. While speculations are abundant regarding the reason behind the assassination and the failure of Special Force of Tokyo Police charged with his protection, lets take a trip down memory lane and look at the various political Assassinations that have shocked the world.

When one hears the word Political Assassination, the first figure that comes to mind is often that of Abraham Lincoln. Affectionately called as Honest Abe, the 16th President of United States is famous for his Emancipation Declaration which abolished slavery and winning the subsequent civil war and the Gettysburg Address which is still used to define a democracy. Unfortunately, he was shot and killed by John Wilkes Booth in 1865.

Where Lincoln is famous for ending a war Archduke Franz Ferdinand is famous for beginning one. This heir-presumptive to the throne of Austria – Hungary was shot and killed by Gavrilo Princip, a young Bosnian revolutionary. This is considered as the immediate cause of the beginning of the first world war, which in turn led to the second world war. Though he was a major political figure in the 20th century and had made significant contributions to socio-political conditions of Austria – Hungary, he is still remembered as the spark that led to World War.

John F Kennedy is the youngest person to ever be elected as the President of the United States. He is commonly called JFK and is still seen as an inspiring figure amongst the youth. He is famous for giving the “We choose to go to the Moon”, where he declared the US will land a man on the moon before 1970, which they then achieved. However, he was assassinated in 1963 by Lee Harvey Oswald. His death sparked a major controversy in the United States and changed the protection regime for Presidential motorcades.

Anwar Sadat is a former President of Egypt who won a Nobel peace prize in 1978 for proposing and enacting a peace treaty with Israel. He was hailed as a hero in Egypt after gaining back Mount Sinai during the Yom Kippur war but was assassinated by the fundamentalists within his army due to the peace agreement with Israel. He is credited for changing the direction of Egypt and leading them into peace and prosperity.

Indira Priyadarshini Gandhi was daughter of India’s first prime minister Jawaharlal Nehru and became the 3rd prime minister after the death of Shri Lal Bahadur Shastri. She is known for her strong rule which saw a series of nationalisations of private enterprises including banks as well as a Green Revolution in parts of India which made India self-sustaining in terms of food grains. She is also known for giving military support in the 1971 Bangladesh Liberation War and for starting India’s journey to become a nuclear power under Operation Smiling Buddha. However, she was heavily criticised for the imposition of National Emergency in 1975 and Operation Blue Star in 1984. Operation Blue Star was against Khalistan terrorist hiding in the golden temple in Amritsar. This resulted in a lot of backlash from the Sikh community for desecrating their holy place and she was shot and killed by her Sikh Bodyguards in 1984. This resulted in Anti Sikh Riots in 1984.

Rajiv Gandhi became the Prime Minister of India after his mother, Indira Gandhi was assassinated in 1984. He was the youngest person to become the prime minister of India. During his tenure the Indian government gave humanitarian aid during the Sri Lankan Civil War. However later conflict developed between Liberation Tigers of Tamil Eelam (LTTE) and Indian Peace Keeping Force. Mr Gandhi as the primary architect of the peace keeping mission became the target of LTTE and was assassinated in 1991.