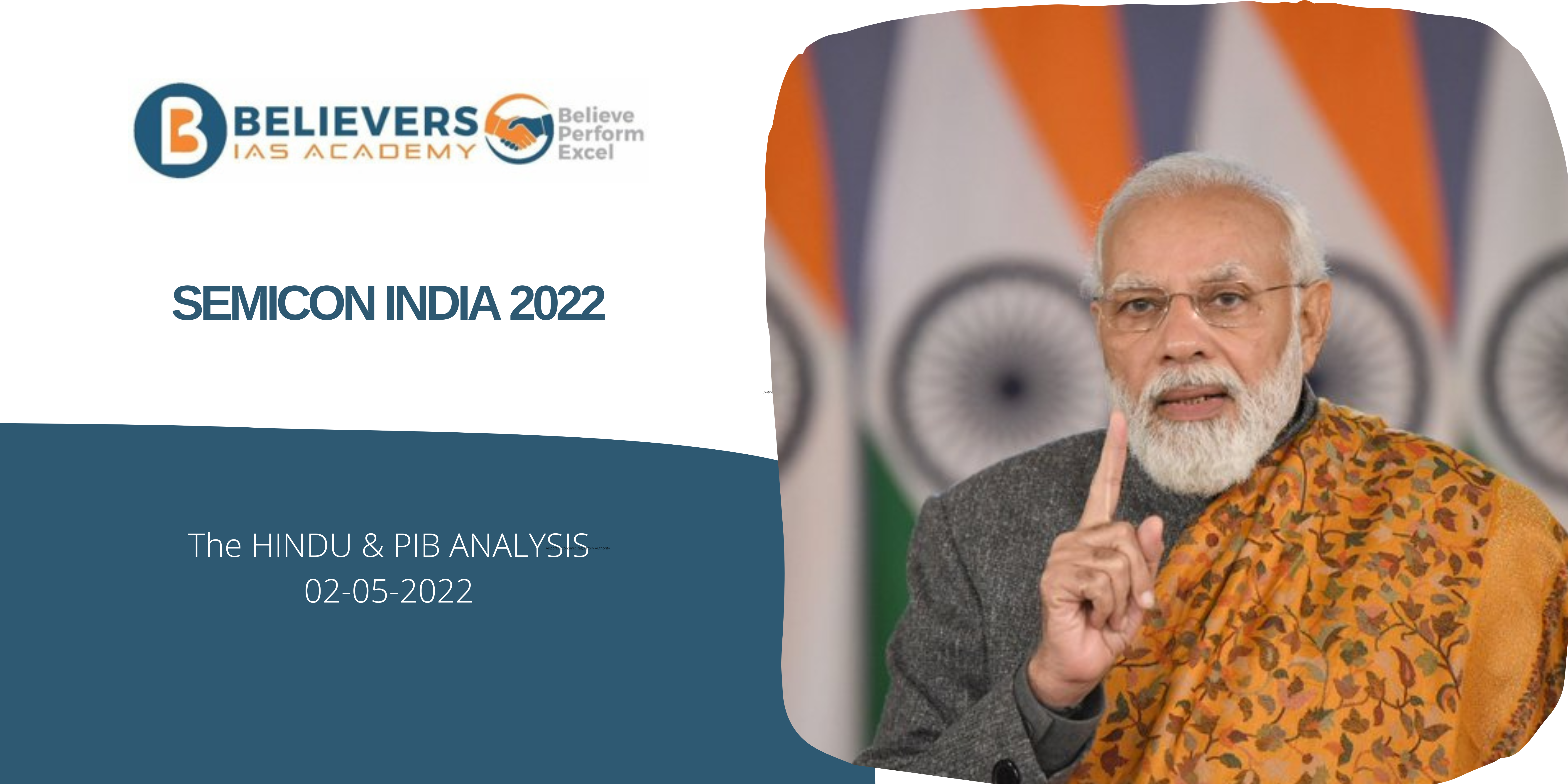 • The SemiconIndia 2022, a 3 day conference was held where multiple number of agreements/pacts have been announced to realise the vision to turn India into a thriving semiconductor hub. • Semiconductors are materials which have a conductivity between conductors and insulators. They can be pure elements, silicon or germanium or compounds; gallium, arsenide or cadmium selenide.
• The pandemic-driven effort to bring large portions of daily economic and vital activity online, or at the very least digitally empower them, has highlighted the importance of chip-powered computers and smartphones in people’s life.
• The pandemic and ensuing worldwide lockdowns prompted the closure of critical chip-making facilities in countries such as Japan, South Korea, China, and the United States.
• Its scarcity has cascading repercussions, as the first one builds pent-up demand, which then leads to the second famine.

• Digital India Corporation’s ISM is a specialised and self-contained business segment.
• The mission’s goal is to create a thriving semiconductor and display ecosystem so that India may become a global leader in electronics manufacture and design.
• It has the authority to negotiate with applicants for the semiconductor and display fab schemes.
• It also has the authority to choose the proper technology mix, node generation, applications, and capacity, among other things.
• The programme was created in order to attract major investments in the production of AMOLED-based display panels or TFT LCDs.