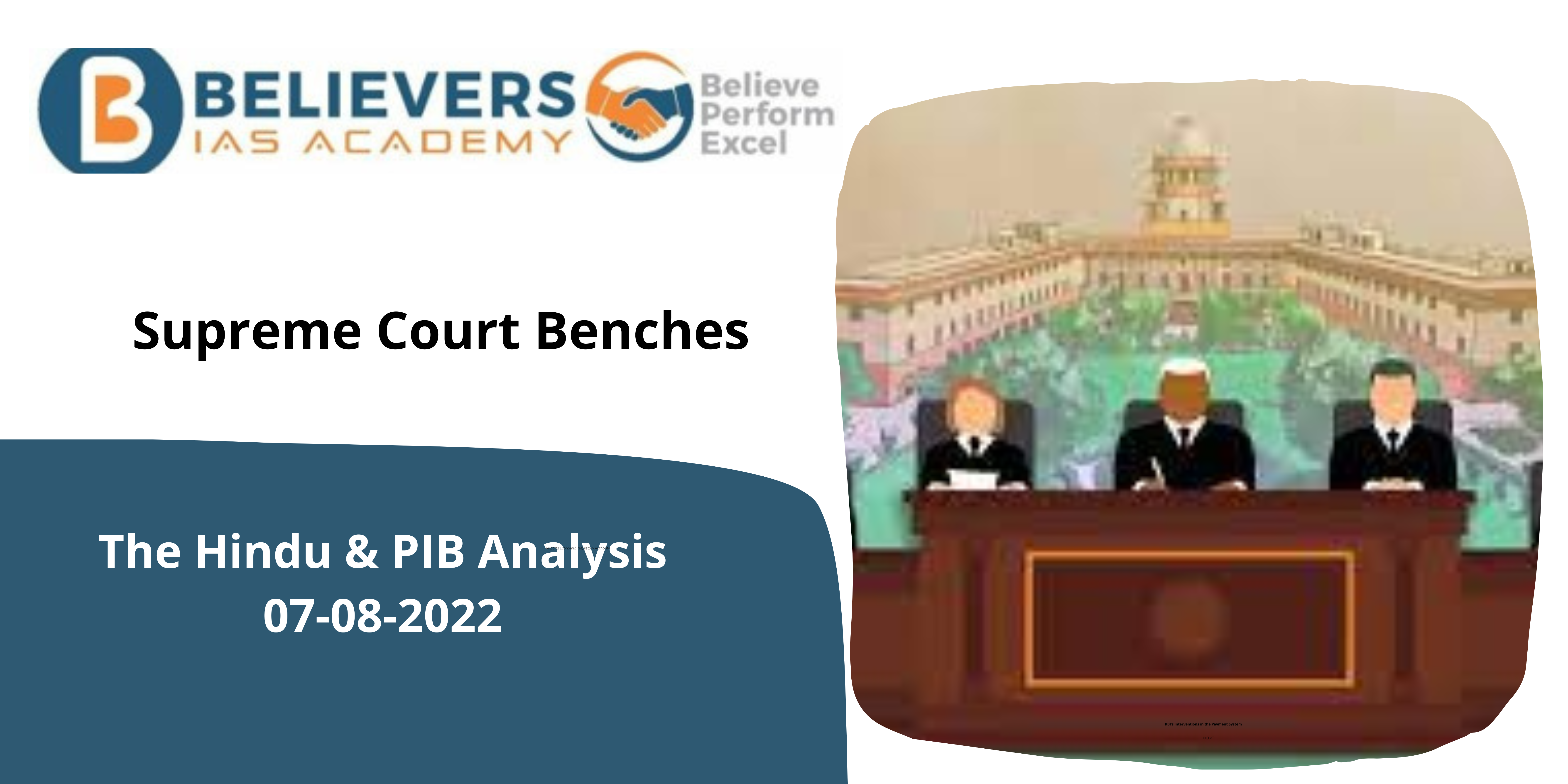 · Article 130 says that “the Supreme Court shall sit in Delhi or in such other place or places, as the Chief Justice of India may, with the approval of the President, from time to time, appoint.”

· Supreme Court Rules give the Chief Justice of India the power to constitute Benches — he can, for instance, have a Constitution Bench of seven judges in New Delhi, and set up smaller Benches in, say, four or six places across the country.

Languages used in the courts:

· Article 348(1)(a) states that unless Parliament by law provides otherwise, all proceedings before the Supreme Court and in every High Court shall be conducted in English.

· Article 348(2) provides further that notwithstanding the provisions of Article 348(1), the Governor of a state may, with the previous consent of the President, authorise the use of Hindi or any other language used for any official purpose, in proceedings in the High Court.

· States of Uttar Pradesh, Bihar, Rajasthan and Madhya Pradesh have already authorised the use of Hindi in proceedings before their respective high courts and taking a cue, Tamil Nadu is also working in that direction – to authorise the use of Tamil before its high court.

· A further provision states that nothing in this clause would apply to any judgement, decree, or order made by the High Court.

· Therefore, the Constitution recognizes English as the primary language of the Supreme Court and the High Courts, with the caveat that when some other language is used in the proceedings of High Courts, judgments of the High Courts must be delivered in English.