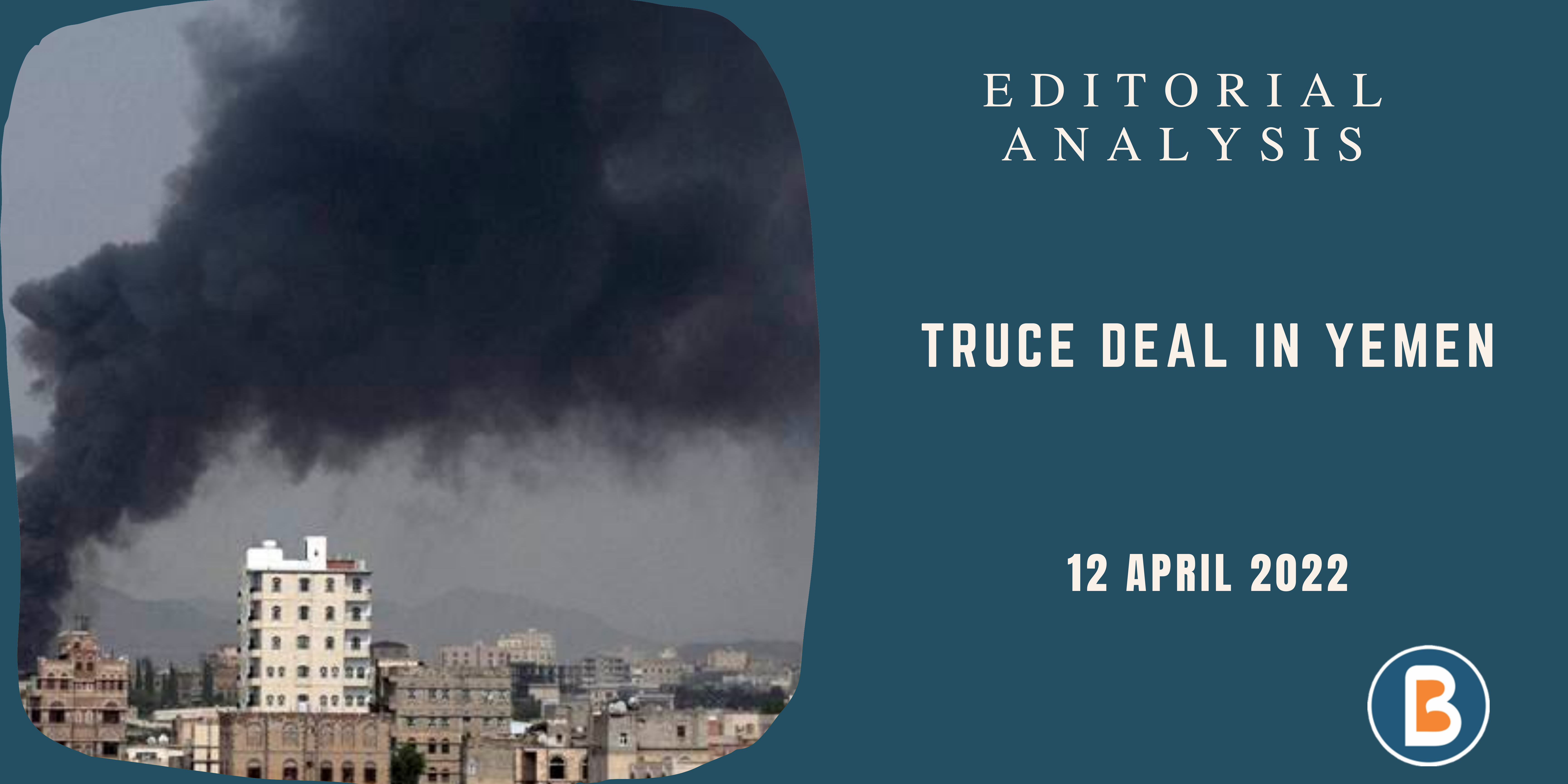 • The civil war in Yemen — between the Saudi-led coalition and the Iran-backed Houthi rebels — saw a historic two-month truce deal last week, the first of its kind since 2016.

• The anxiously awaited ceasefire agreement, brokered by the United Nations came into effect on April 2.
• Yemen has seen one of the world’s greatest humanitarian catastrophes since the war began in 2015, with enormous starvation, poverty, and civilian casualties.
• As of late 2021, the UN believes that over 377,000 people have died as a result of the fighting.
• The conflict began in 2014, when Houthi militants supported by Iran captured Sanaa and the country’s northwest, forcing the government to flee.
• A military coalition commanded by Saudi Arabia entered a few months later with a large air assault in the hopes of driving the Houthis out and restoring the government.
• Diplomats from the United Nations, the United States, and Gulf countries have been attempting to broker a peace settlement in the war-torn country for years.
• Several ceasefire agreements have had no effect on lowering military action on the ground throughout the years.

What is the new Truce Deal?

• The two-month peace pact, revealed at the Riyadh peace negotiations, demands for all parties to immediately cease all land, air, and sea hostilities. At the end of March, Saudi Arabia hosted hundreds of Yemenis representing various political organisations in the hopes of brokering peace in the country.
• Commercial planes will be able to operate from the Houthi-held city of Sanaa, and fuel ships will be allowed to enter the port of al-Hudaydah under the terms of the agreement.
• Roads into the beleaguered city of Taiz in the southwest would also be unblocked. More talks on reopening highways elsewhere in Yemen to allow Yemenis to travel freely are included in the deal.

Click here to know more about the crisis in Yemen.