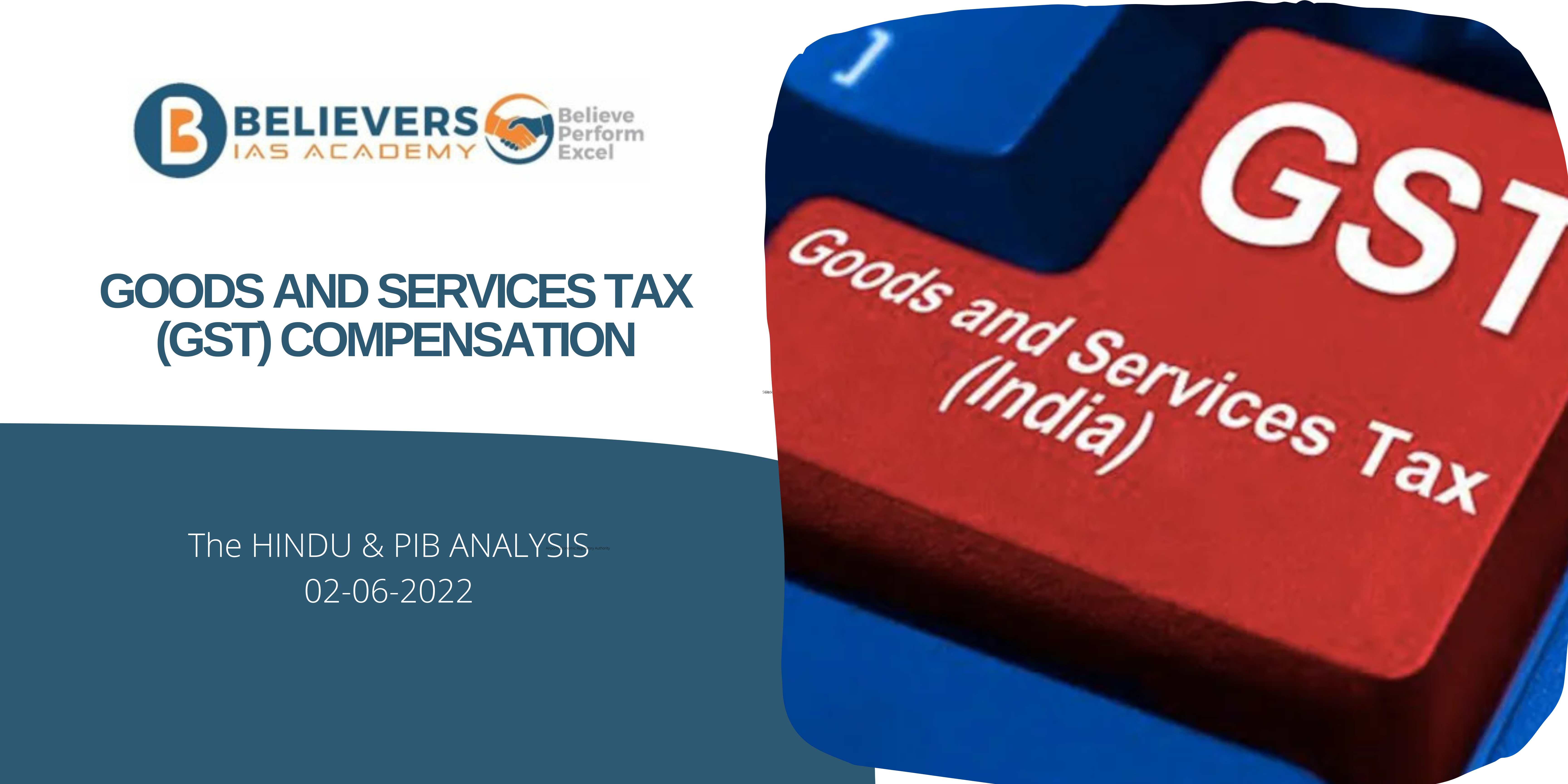 • The Centre on Tuesday paid the entire amount of Goods and Services Tax (GST) compensation due to States up to May 31 by releasing an amount of ₹86,912 crore. What and Why Compensation?

• The 101st Constitutional Amendment Act brought in the GST regime and the states were promised that the states would receive the compensation for loss of any revenue due to the implementation of the new tax regime.
• This was assured under the provisions of the GST (Compensation to States) Act, 2017 for a time duration of 5 years.
• The GST revenue is calculated keeping the tax revenue of the state with the base year to be 2015-16 and assuming the growth rate to be 14%.
• The compensation is paid out of cess which will be levied on such goods which will be recommended by the GST Council.
• The proceeds of the compensation cess will be credited to a non-lapsable fund known as the Goods and Services Tax Compensation Fund in the public account. • As per Article 279A, the GST council has to be constituted by the President within sixty days of the commencement of the Art 279A.
• The GST Council shall consist of members from both centre and the states.
• The members include the Union Finance Minister as the chairperson and the ministers in charge of finance of the states as members.
• The council makes recommendations to the Union and the States on various issues about GST regime. • Recently, in a landmark decision by the Supreme Court it has ruled that the recommendations by the GST council will not be binding on both Union and the states.
• This comes at a time when most of the states were voicing for the GST compensation and some states even raised their concern of considering to extend the GST compensation period currently which is five years.