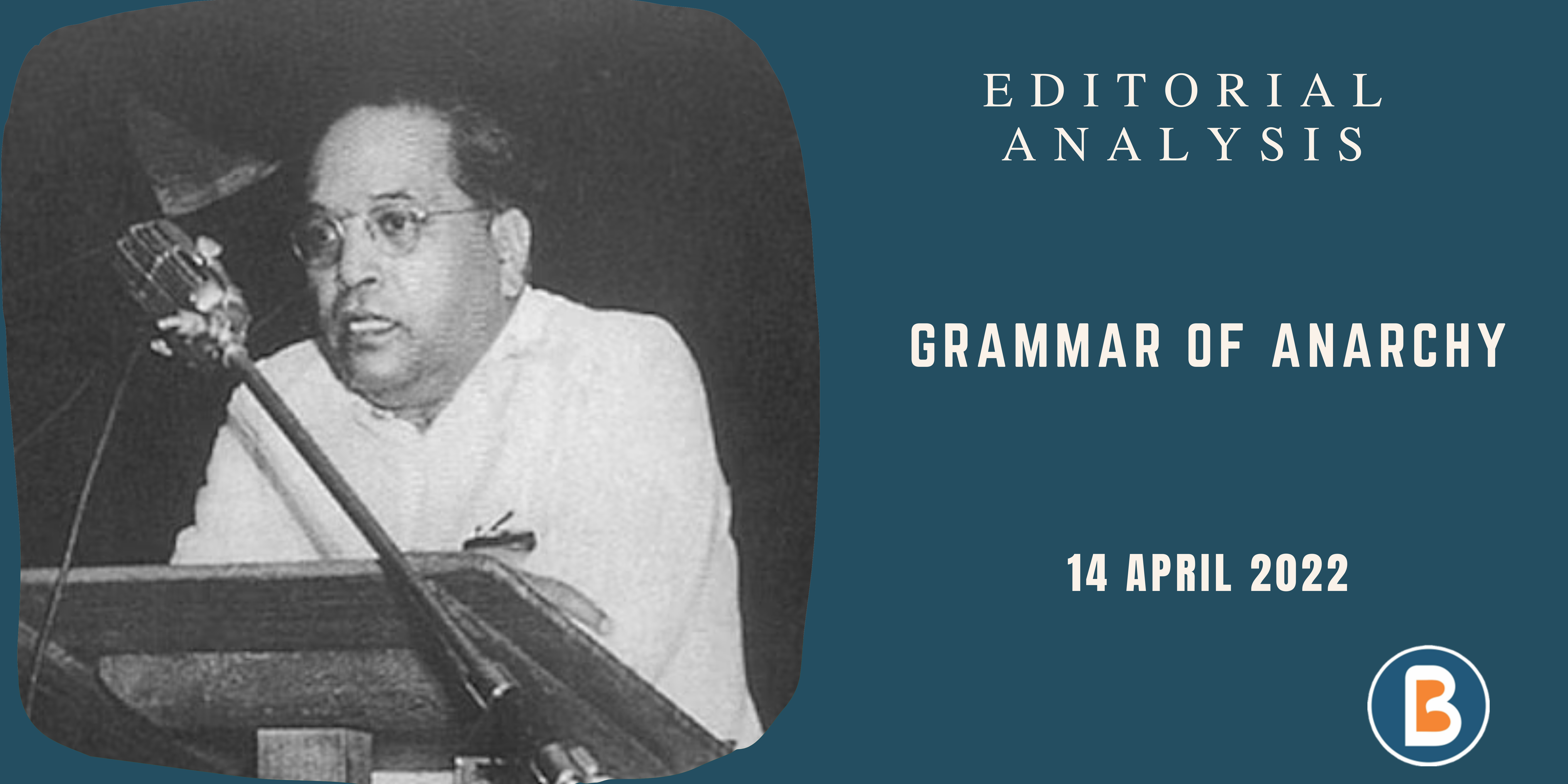 • On account of Dr. B.R Ambedkar Jayanthi, it is very important to recall one of the most significant speeches of Dr Ambedkar in the constituent Assembly, one such is the “ Grammar of Anarchy” speech given by him.

• On November 25, 1949, when India was stepping into a new experiment as a new democratic nation after years of colonial suppression, in his speech in the constituent assembly Dr Ambedkar addressed diverse issues ranging from Social Democracy, the evils of Indian Society, etc.

Who are the enemies of Indian society?

• In the words of Dr. Ambedkar – “If the political parties place creed above country, our independence will be put in jeopardy a second time and probably be lost forever. This eventuality we must all resolutely guard against.”
• The castes are anti-national. In the first place because they bring about separation in social life. They are anti-national also because they generate jealousy and antipathy between caste and caste

• There was a time when India was studded with republics, and even where there were monarchies, they were either elected or limited.
• A close look into the structure of the Buddhist Sanghas shows that the Sanghas not only functioned like parliaments but the Sanghas knew and observed all the rules of parliamentary procedure known to modern times.

• The first warning is to hold fast to constitutional methods of achieving our social and economic objectives.
• We must abandon the method of civil disobedience, non-cooperation and satyagraha.
• These methods are nothing but the Grammar of Anarchy and the sooner they are abandoned, the better for us.
• The second thing we must do is to observe the caution which John Stuart Mill has given to all who are interested in the maintenance of democracy, namely, not “to lay their liberties at the feet of even a great man, or to trust him with power which enable him to subvert their institutions”.
• The third thing we must do is not to be content with mere political democracy. We must make our political democracy a social democracy as well. Political democracy cannot last unless there lies at the base of its social democracy.