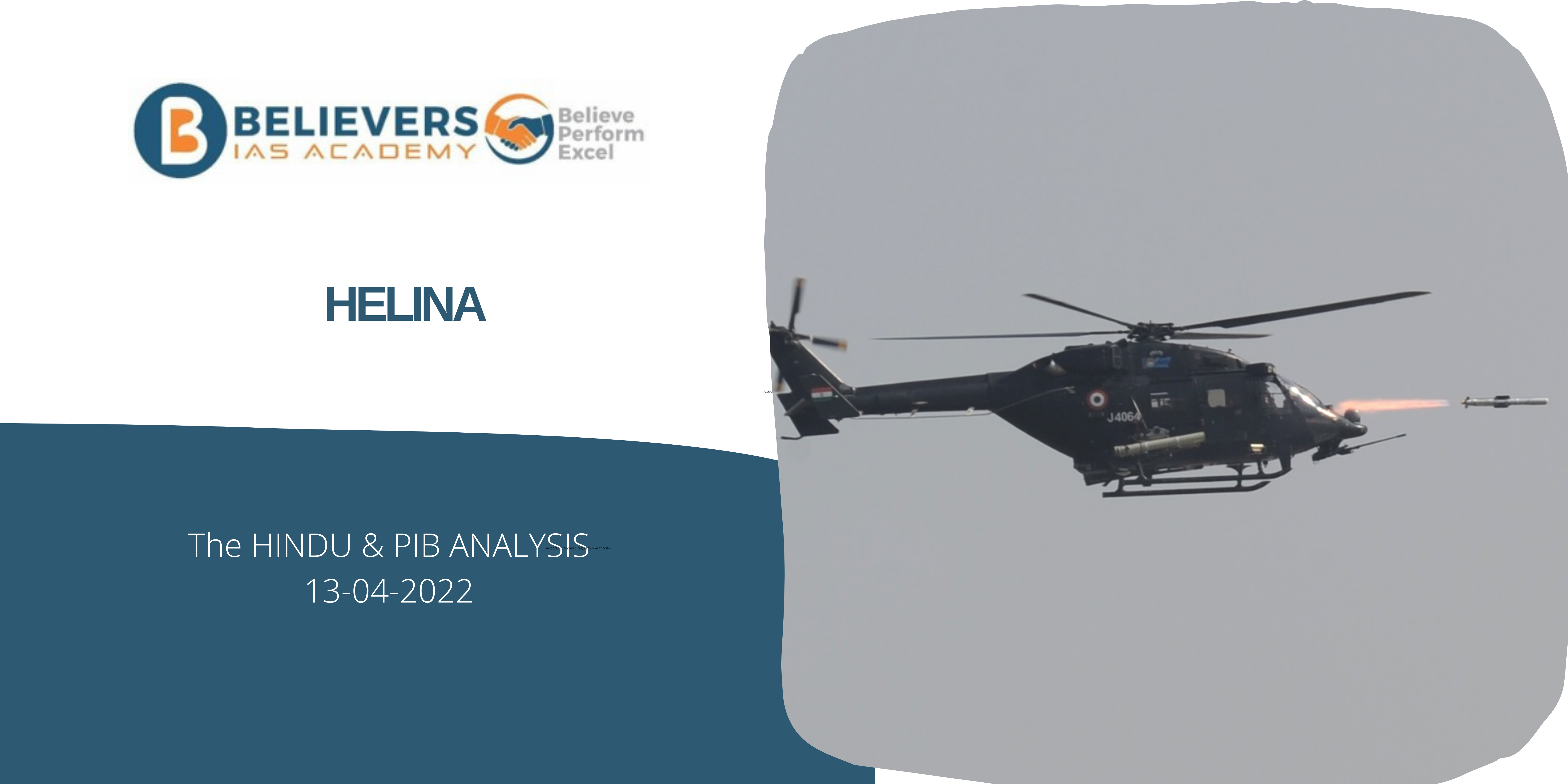 • On April 12th, 2022, Helina, the Nag missile’s helicopter-launched version of the Anti-Tank Guided Missile (ATGM), was tested once more.
• After a successful test in Pokhran’s desert region on April 11th, 2022, the testing was carried out in the country’s northern high-altitude mountain regions.

• The test was part of the missile’s third-generation ‘fire-and-forget’ class missile’s ongoing user validation studies.
• The Defence Research and Development Organization developed this missile (DRDO).
• The test was seen by DRDO scientists as well as senior Army commanders.
• This missile system may be fired at any time of day or night and is capable of destroying tanks with both conventional and explosive reactive armour. In both top attack and direct strike modes, the missile is capable of engaging targets.

• The missile climbs swiftly after launch, travels to a predetermined altitude, and then plunges to the target’s top.
• The missile flies at a lower height and strikes the target directly in this mode.
• This missile has a maximum range of seven kilometres and was created and planned to be fitted into the weaponized variant of the ALH (Advance Light Helicopter).