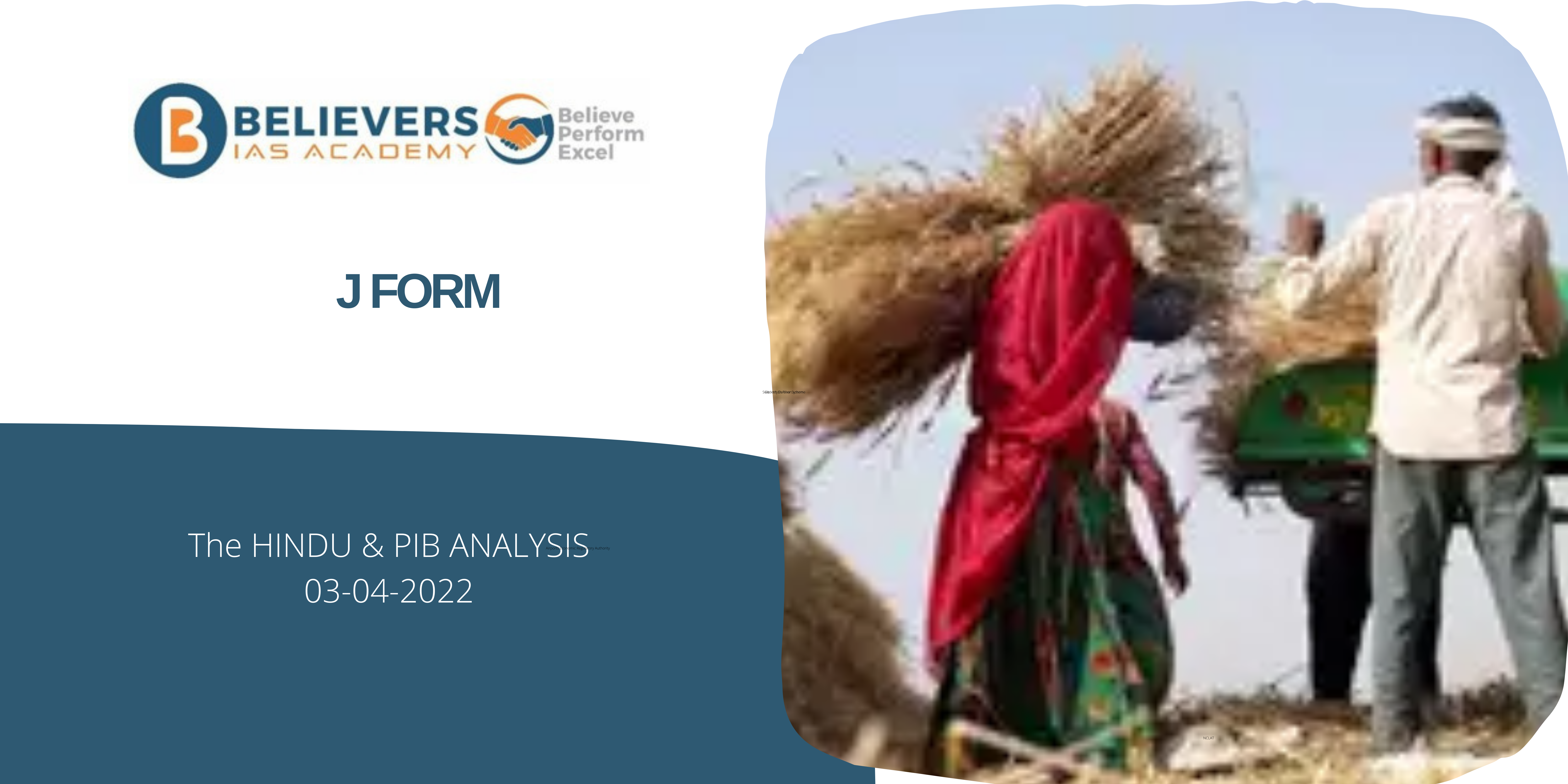 • The Punjab Mandi Board has decided to digitise the J form in order to bring in transparency.

What is J Form?

• J form is the sale receipt of a farmer’s agricultural produce in mandis (grain market).
• These forms were earlier issued manually by arthiyas (commission agents) because in Punjab, a majority of farmers sell their crops through such agents only.
• This form also serves as proof of income for a farmer who sells his produce. Before the J form was digitised, several arhtiyas had the habit of keeping these forms for themselves rather than giving them to the farmers, as was their right.
• As a result, many farmers have no documentation of their earnings after selling their crops.
• Farmers will now have a clear record of the crop sold and the income received as a result of having their J form digitised, and they will save time by not having to run to arhtiyas to collect copies of their sale.

• The ‘J form’ can be used to obtain financial assistance from banking institutions, as well as for IT waivers, subsidy claims, and farmers insurance. Aside from that, it may be able to assist farmers in obtaining admission for their children to educational institutions in other countries for example ‘J form,’ is considered a genuine document of income in the Canadian embassy.