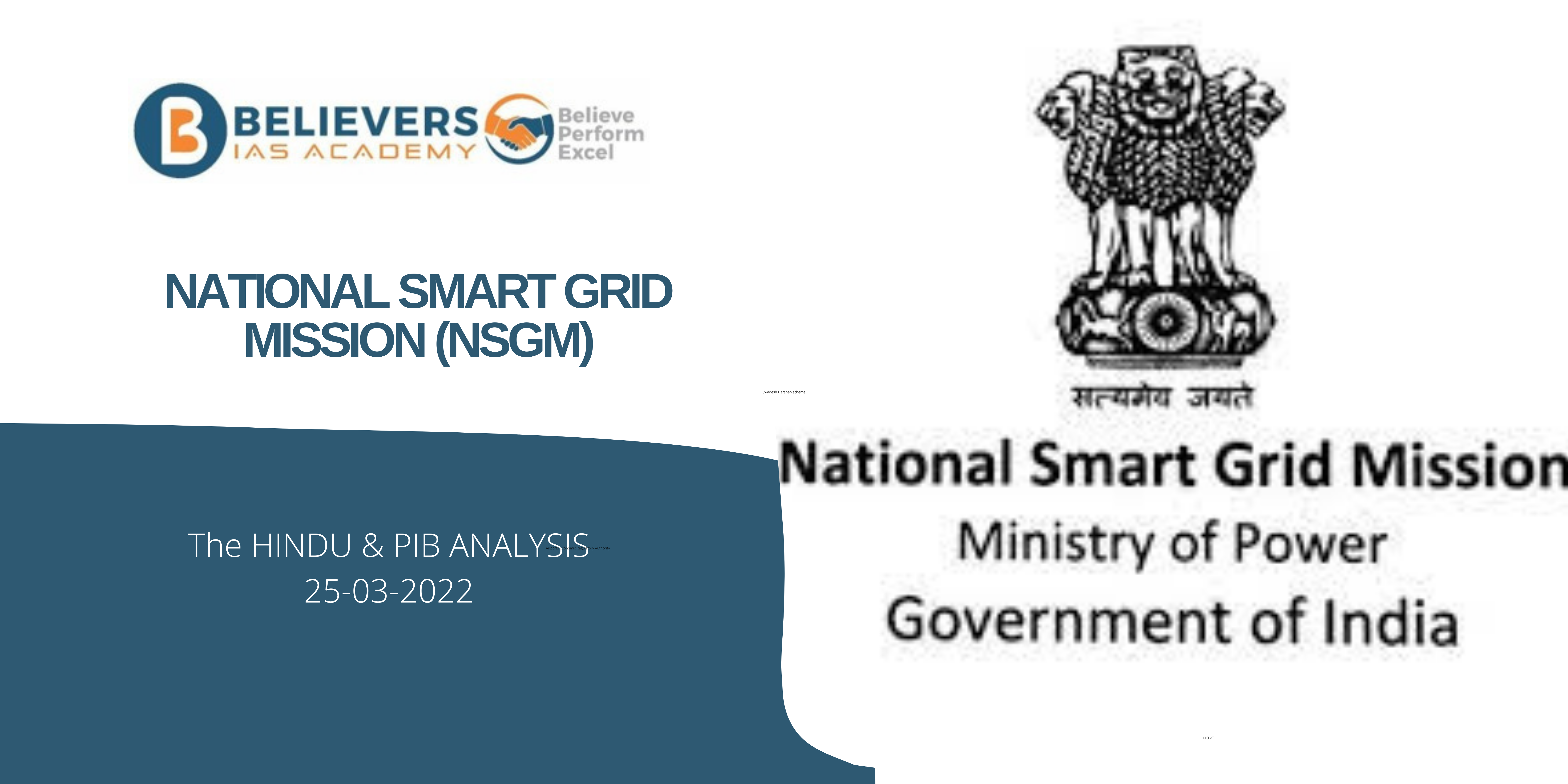 • The Government of India formed the National Smart Grid Mission (NSGM) in 2015 to develop and supervise the execution of policies and programmes relating to Smart Grid activities in India.
• The fundamental goal of Smart Grids is to increase the grid’s resilience and make it more adaptable to renewable energy inputs through distributed generation.
• Additionally, enhanced efficiency with Smart Grid and Smart Meters empower consumers to better manage their electricity consumption and lower their bills. In addition, the NSGM envisions capacity-building programmes in the field of smart grids for distribution sector professionals.

• Power Grid Corporation of India Limited is an Indian statutory corporation under the jurisdiction of Ministry of Power, Government of India and is headquartered in Gurugram, India and engaged mainly in transmission of bulk power across different states of India
• POWERGRID has established Smart Grid Knowledge Center (SGKC) at Manesar, a state-of-the-art platform for demonstration and outreach for Smart Grid technologies with support from the Ministry of Power (MoP), Government of India (GoI) and National Smart Grid Mission (NSGM).

• National Smart Grid Mission was launched with an objective to address key issues of Smart Grid Initiatives on a large scale in the country and to make the Indian Power infrastructure cost effective, responsive and reliable.
• A 20 year perspective Plan for integrated inter-regional, inter-state and intra-state transmission network for the country as whole has been formulated.
• This will be a crucial backbone for the vision of 24×7 power for all homes in India.